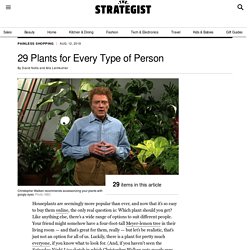 Photo: NBC Houseplants are seemingly more popular than ever, and now that it’s so easy to buy them online, the only real question is: Which plant should you get? Like anything else, there’s a wide range of options to suit different people. Your friend might somehow have a four-foot-tall Meyer-lemon tree in their living room — and that’s great for them, really — but let’s be realistic, that’s just not an option for all of us. Luckily, there is a plant for pretty much everyone, if you know what to look for. 11 Houseplants That Flourish in Low Light. Time to Stock up on Ferns: Top 6 You Should Highly Consider. Gardening 101: Ribbon Grass.

Ornamental grasses have become the popular kids in class. 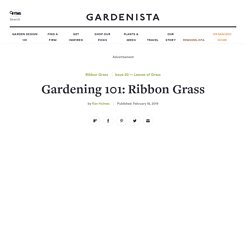 Most of these leafy friends are perennial, low-maintenance, and attractive (looks only matter for me in plants–not people). But grasses can have drawbacks; some will take advantage of situations to spread if given the opportunity. This is the case with rebellious ribbon grass. But if you grow it in a container–or if you’re looking for a quick-spreading ground cover, say, to stabilize a slope—ribbon grass is an attractive option. Crown shyness - Wikipedia. Possible physiological explanations[edit] The exact physiological basis of crown shyness is not certain.[6] The phenomenon has been discussed in scientific literature since the 1920s.[9] The variety of hypotheses and experimental results might suggest that there are multiple mechanisms across different species, an example of convergent evolution. 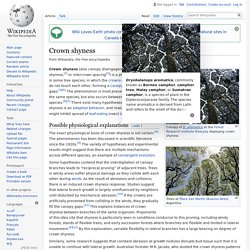 These 9 Plants Will Mess You Up. Natural Ways to Get Rid of Weeds. 7 Types of Fruit Trees You Can Grow in Your Living Room. There are decorative house plants and then there are edible plants that you tend to in a tiny kitchen garden. 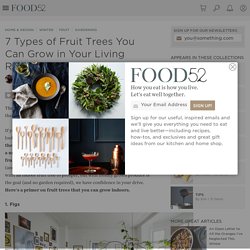 But what about in between? If you're looking for an indoor plant that's both decorative and edible, look to the world of fruit trees! While many grow to be enormous in the wild and are native to perpetually sunny conditions, there are a number of dwarf plants that will do just fine—and even fruit! —in a big pot in your living room. Proper care and conditions (and a reliable nursery for sourcing them!) 1. Fruit? If you want a fig tree that fruits, steer clear of the ever-popular decorative fiddleleaf—which won't even consider it. 10 Easy Pieces: Best Succulents. Hardscaping 101: Pathway Lighting: Gardenista. Older Hardscaping 101: Pathway Lighting by Janet Hall Issue · The New Landscape · November 5, 2015 Home. 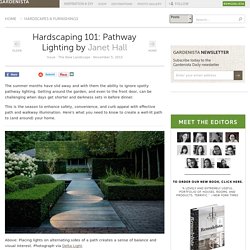 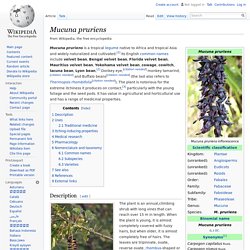 The plant is notorious for the extreme itchiness it produces on contact,[3] particularly with the young foliage and the seed pods. It has value in agricultural and horticultural use and has a range of medicinal properties. Description[edit] The plant is an annual,climbing shrub with long vines that can reach over 15 m in length. Hardscaping 101: Limestone Pavers: Gardenista. Older Hardscaping 101: Limestone Pavers by Ellen Jenkins Issue 35 · Landscape Luxe · September 3, 2015 Newer Issue 35 · Landscape Luxe · September 3, 2015 Share on email. 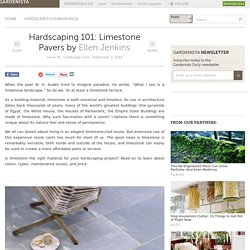 Bonsai! Long before the bonsai art form of creating miniature trees came to Japan, the wealthy in China were perfecting their craft known as “penzai” and “penjing.” 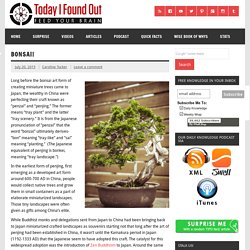 The former means “tray plant” and the latter “tray scenery.” It is from the Japanese pronunciation of “penzai” that the word “bonzai” ultimately derives- “bon” meaning “tray-like” and “sai” meaning “planting.” (The Japanese equivalent of penjing is bonkei, meaning “tray landscape.”) In the earliest form of penjing, first emerging as a developed art form around 600-700 AD in China, people would collect native trees and grow them in small containers as a part of elaborate miniaturized landscapes. Takepart. They’ve come up with a billboard that eats smog and one that generates water by sucking it from humid air. 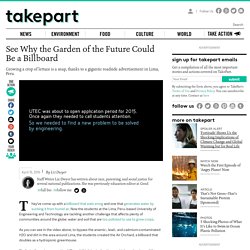 Now the students at the Lima, Peru–based University of Engineering and Technology are tackling another challenge that affects plenty of communities around the globe: water and soil that are too polluted to use to grow crops. As you can see in the video above, to bypass the arsenic-, lead-, and cadmium-contaminated H2O and dirt in the area around Lima, the students created the Air Orchard, a billboard that doubles as a hydroponic greenhouse.

Similar to the water-generating billboard, this latest advertisement takes advantage of the muggy conditions in the South American metropolis—it’s usually above 90 percent relative humidity there. Behind the visuals on the sign are 10 dehumidifiers that suck moisture out of the air and funnel it to a series of raised drip-irrigation pipes. Each pipe has 48 holes, perfect for a growing vegetable to emerge from. Brugmansia. Brugmansia is a genus of seven species of flowering plants in the family Solanaceae. 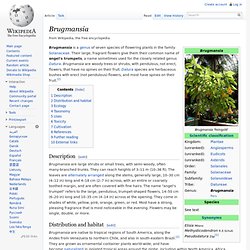 Their large, fragrant flowers give them their common name of angel's trumpets, a name sometimes used for the closely related genus Datura. Brugmansia are woody trees or shrubs, with pendulous, not erect, flowers, that have no spines on their fruit. Datura species are herbaceous bushes with erect (not pendulous) flowers, and most have spines on their fruit.[2] Description[edit] Brugmansia are large shrubs or small trees, with semi-woody, often many-branched trunks. Distribution and habitat[edit] Babylonstoren Greenhouse: An Idyllic Garden: Gardenista. Older Babylonstoren Greenhouse: An Idyllic Garden by Izabella Simmons Issue 68 · Africana · April 18, 2013 Newer. Moss Graffiti « The Bored Ninja - Fun, Interesting, and Cool Stuff on the Internet. Kitchen Garden: Home Made Worm Farm.

Wriggly, squiggly, squishy, messy worms. Whether you love them or they make you squeamish, worm farming is one of the most rewarding gardening activities for improving the health and harvest of your garden. Why you want to make a worm farm A worm farm is the most simple way to turn your household food waste into amazing, nutrient-rich garden fertiliser. With minimal effort you get not one but two fantastic natural fertilisers – ”worm tea” fertiliser and worm poo (vermicast) that can be used as garden compost. Worms will happily eat most of your kitchen waste (no citrus, onions or meat please!)

There are also fantastic benefits for the environment. Why you should DIY it, instead of buy it. 10 Favorite Tulips to Plant This Fall Gardenista. Older 10 Favorite Tulips to Plant This Fall by Izabella Simmons Issue 65 · Belgium and Beyond · March 28, 2013. Affnan's Aquaponics. Will Compost Tea Supercharge Your Garden? Here’s an experiment you can do. Have your heard about compost tea? It’s a concoction that is supposed to supercharge your garden. Does it work? I don’t know and I don’t think anyone can say so definitively. Hornbeam: A Hedge for All Seasons Gardenista. A (Tiny) Giant Sequoia Tree Gardenista. Saving the World's Oldest Trees Gardenista.