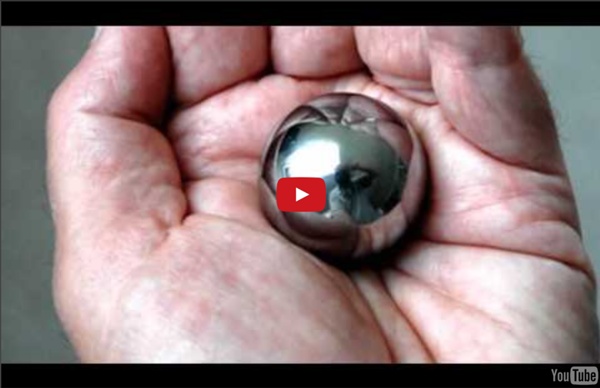 What happened to traffic? | Transportationist Dateline: Minneapolis, November 4, 2030 Remember traffic? It was only 30 years ago that people were complaining about getting stuck in traffic. But traffic peaked in the early part of the Century, and has fallen ever since. A few observers picked this up early, but many transportation agencies were in denial. Future 1: Per capita vehicle travel resumes an upward path. No one in power foresaw what actually happened. Future 3: Per capita vehicle travel falls significantly. Why did traffic fall off a cliff? Workers no longer “go” to work 6 days a week. The empty office buildings across the landscape led to the famous Skyscraper Crash, the Real Estate Office – fueled recession of 2021. Shorter careers are also the norm now, almost half the population doesn’t enter the regular workforce until 30, and most leave by 60. Shoppers no longer “go” to shop, but order online, or let ‘bots and virtual agents order for them, especially for regular stocks like paper towels, napkins, and Spam. Notes:

Why Predicting Trends Doesn't Help Prepare For The Future Do a search for “trends” on Amazon, and you will find that there is a book written on the subject every 15 minutes. This mountain of books is due to the fact that many people believe trends to be the beating heart of futures thinking and foresight. Such an idea may have been effective in an era when life seemed simple, decisions were straightforward and the entire world was summarized in the Daily Gazette. In such a world, looking at issues in isolation seemed to make perfect sense, and the identification of “Mega Trends” as a byproduct of linear thinking became a well established concept alongside other Industrial Age heirlooms such as unlimited progress or steam-powered electricity--all attempts to run the world like a well-oiled machine. To understand our fascination with finding and cataloging Mega Trends, one needs only to look at the storied past of the RAND Corporation. In case you aren’t familiar with the story, On Beyond Zebra! Values identification Implications Systems Design

Computer gets smarter by looking at online pics 24-7 A computer program called the Never Ending Image Learner (NEIL) is running 24 hours a day, searching the internet for images, and doing its best to understand them on its own. As NEIL’s visual database grows, the computer program gains common sense on a massive scale. NEIL leverages recent advances in computer vision that enable computer programs to identify and label objects in images, to characterize scenes and to recognize attributes, such as colors, lighting and materials, all with a minimum of human supervision. In turn, the data it generates will further enhance the ability of computers to understand the visual world. But NEIL also makes associations between these things to obtain common sense information that people just seem to know without ever saying—that cars often are found on roads, that buildings tend to be vertical and that ducks look sort of like geese. 3 million images so far When the computer gets it wrong “People don’t always know how or what to teach computers,” he says.

What happens to child geniuses once they grow up? As Britain’s brainiest kid, Elise Tan Roberts should have a glittering future. The Mirror revealed yesterday that the toddler is the youngest member of Mensa – at just two years and four months old. Her IQ of 156 is higher than telly maths whiz Carol Vorderman and she has a phenomenal memory which could be her ticket to fame and fortune. But Elise is by no means the first child to be hailed as a “junior genius”. We tracked down a few others – and found that a high IQ doesn’t always guarantee success as a grown-up. Andrew Halliburton, IQ 145: works in McDonald’s Maths genius Andrew Halliburton’s teachers predicted he would make a fortune in computers or banking. He was so bright he went to secondary school four years early and was just 14 when he scored an A in his maths Higher – the Scottish equivalent of an A-Level. But eight years on, university drop-out Andrew now clears tables in a burger joint for £5.75 an hour. He told the Mirror: “I feel frustrated. Terence Judd, classical pianist

A Brief History of Intellectual Discussion of Accelerating Change Origins — The Idea of Progressive Change To consider the origins of the idea of accelerating change, we should briefly go back to a much earlier one, that of progress itself. As historian J.D. Bury reminds us in his masterwork, The Idea of Progress, 1921, the idea of progress in any human domain other than spiritual (e.g., social, intellectual, technical), versus stasis, moral decline, or cyclic fluctuation, has been a quite recent emergence in human history. Amazingly, a millenium of post-Roman regression in the scale of organization of human social systems had surprisingly little impact on the continuing acceleration of technological progress, the steady advance of artifice, machines, and tools that made cottage industries into factories and irreversibly eroded feudalism. For more on how rapidly technology continued to diffuse during the "Dark Ages," see this technology chart, and for the details, see historian Lynn White's superb Medieval Technology and Social Change, 1966.