Farm stewardship of landscape. Footpath erosion and management e.g. Fix The Fells. Glastonbury Festival. Rock stacking. #Map shows motorcycles to cars ratio around the globe. According to the late @hansrosling a high share of cars suggests a higher economic standard of living. Source. The Black Dots Project. Youth Hostels. Rural activities. *****Climate Debt. In the run-up to the 2009 Copenhagen climate summit, large parts of the global justice movement united around a push for the concept of climate debt. 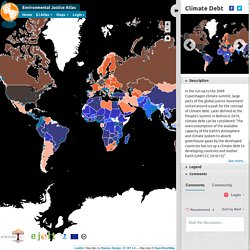 Later defined at the People’s Summit in Bolivia in 2010, climate debt can be considered: “the overconsumption of the available capacity of the Earth’s atmosphere and climate system to absorb greenhouse gases by the developed countries has run up a climate debt to developing countries and mother Earth (UNFCCC 2010:15)”. See more... This map highlights this spatial mal-distribution of climate change sources and its impacts.

Rural landscapes continuum. Rationed access / Tourist tax. Rural conflicts. Rural places. Diversification. What is 'normal'? Why tourists thirst for authenticity – and how they can find it. It has been a bumper year for tourists for the small village of Kidlington in Oxfordshire, England. 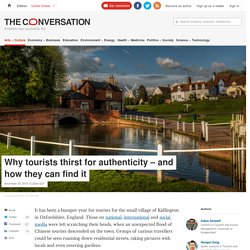 Those on national, international and social media were left scratching their heads, when an unexpected flood of Chinese tourists descended on the town. Groups of curious travellers could be seen roaming down residential streets, taking pictures with locals and even entering gardens. A survey by the BBC revealed that these tourists were searching for “the true sense” of the UK. It seems that Chinese travel agencies, driven by consumer pressure, have added towns such as Kidlington to the itinerary, in an attempt to give tourists a taste of a traditional English village. 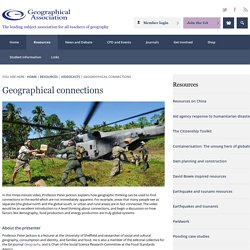 For example, areas that many people see as separate (the global north and the global south, or urban and rural areas) are in fact connected. The video would be an excellent introduction to A level thinking about connections, and begin a discussion on how factors like demography, food production and energy production are truly global systems. About the presenter Professor Peter Jackson is a lecturer at the University of Sheffield and researcher of social and cultural geography, consumption and identity, and families and food.

Supporting questions How is the wealth of the global North related to the conditions in the global south? Summary. Wilderness: 2,500 kilometer-long line that stretches halfway cross Canada without seeing virtually any signs of humanity. The Walkers’ Rules. From walkers etiquette, to what to take...here are some things that every walker should know. 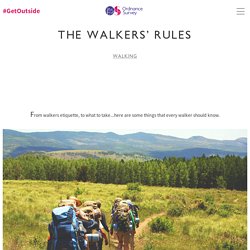 We’ve all heard of the Countryside Code and the Scottish Outdoor Access Code, which give a set of rules for anyone using the countryside, to safeguard it for everyone. However, what are the real rules of walking? All those little things everyone should do? We asked our Facebook fans and got a huge response, so here are their suggestions – some rather tongue in cheek – along with a few of our own… On other walkers… How tourists differ from travellers, in 14 hugely insightful illustrations. What’s the difference between a tourist and a traveller? 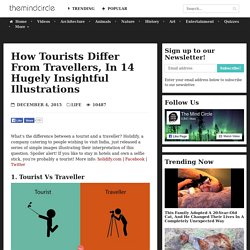 Holidify, a company catering to people wishing to visit India, just released a series of simple images illustrating their interpretation of this question. Spoiler alert! If you like to stay in hotels and own a selfie stick, you’re probably a tourist! More info: holidify.com | Facebook | Twitter 1. 2. 3. 4. 5. 6. 7. 8. 9. 10. 11. 12. 13. 14. Good to see Prince Charles in @countrylifemag speaking up for family farms & diversity in UK farming. Grouse shooting estates shored up by millions in subsidies. England’s vast grouse shooting estates receive millions of pounds in public subsidies according to an investigation by Friends of the Earth. 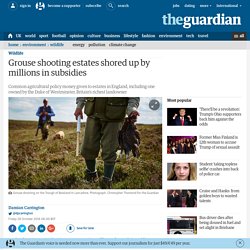 Thirty of the estates received £4m of taxpayer’s money between them in 2014, the year examined by the pressure group, including one owned by the Duke of Westminster, the richest landowner in Britain with land holdings estimated to be worth £9bn. 'Walking into the unknown': rural England weighs up the reality of Brexit. The landscape around Crediton in Devon is picture-postcard perfect – a patchwork of fields, thick hedges, woods, rolling hills with rivers, streams and deep lanes meandering through. 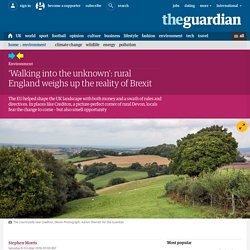 They have farmed the rich red soil here for centuries. Romano-British farms have been discovered and in the middle ages Crediton (the name comes from the river Creedy and the old English “tun” meaning farm) was a thriving wool town. This mild, damp corner of England is a living, working landscape. Cattle, sheep and poultry are reared; there are well-stocked fishing rivers; good cider and cheese is produced; bees, goats, geese are nurtured. CPRE Tranquility Map (Interactive) Tranquillity — Areas in red have the lowest tranquillity scores and green the highest, where you feel you have ‘got away from it all’. 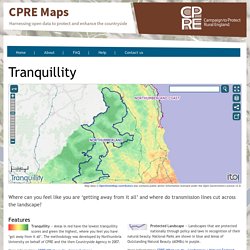 The methodology was developed by Northumbria University on behalf of CPRE and the then Countryside Agency in 2007. More information: CPRE What we do - tranquil places Electricity Transmission Line — A line of 132kv or greater, representing the National Grid. This dataset currently derives from OpenStreetMap and is comprehensive but not guaranteed to be 100% complete.

Pleasure periphery. Media valorisation. CCC v PCC. Dark skies. Cultural impact. CTRL partnerships. Will Self: "It's only by encountering the places in between that you get to feel where you are." #countryfilelive.