The Catchment Based Approach – An Update from Defra. US Climate website. White-house-to-introduce-climate-data-website. Big climate report: Warming is big risk for people. By SETH BORENSTEIN AP Science Writer Posted: 03/23/2014 10:02:26 PM PDT# Comments|Updated: 26 days ago If you think of climate change as a hazard for some far-off polar bears years from now, you're mistaken. 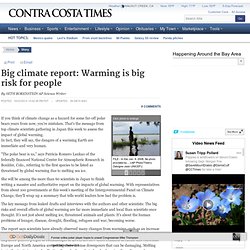 That's the message from top climate scientists gathering in Japan this week to assess the impact of global warming. In fact, they will say, the dangers of a warming Earth are immediate and very human. "The polar bear is us," says Patricia Romero Lankao of the federally financed National Center for Atmospheric Research in Boulder, Colo., referring to the first species to be listed as threatened by global warming due to melting sea ice.

She will be among the more than 60 scientists in Japan to finish writing a massive and authoritative report on the impacts of global warming. The key message from leaked drafts and interviews with the authors and other scientists: The big risks and overall effects of global warming are far more immediate and local than scientists once thought. Inland Waterways Association - Home. 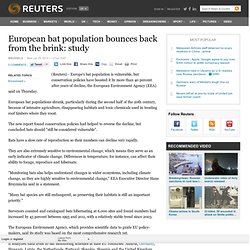 European bat populations shrank, particularly during the second half of the 20th century, because of intensive agriculture, disappearing habitats and toxic chemicals used in treating roof timbers where they roost. The new report found conservation policies had helped to reverse the decline, but concluded bats should "still be considered vulnerable". Bats have a slow rate of reproduction so their numbers can decline very rapidly. They are also extremely sensitive to environmental change, which means they serve as an early indicator of climate change. 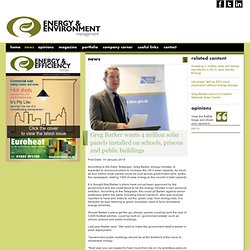 As much as four million solar panels could be built across government land, writes the newspaper, adding 1GW of solar energy to the country’s total capacity. It is thought that Barker’s plans have not yet been approved by the government and are understood to be the energy minister’s own personal ambition. Farming industry to deliver quarter of Britain’s green energy this decade. Farming is to deliver one quarter of Britain’s green energy needs this decade, believes the National Farmers Union (NFU). 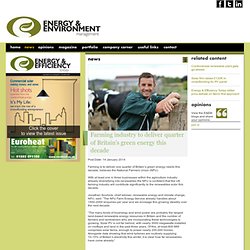 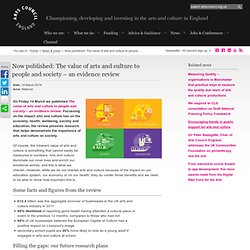 Peatlands monitoring of pollution. EDMONTON - The study of how oilsands pollution is affecting the massive peatlands in the northeast will come to an abrupt halt this spring as two scientists found out last week their funding has been cut. 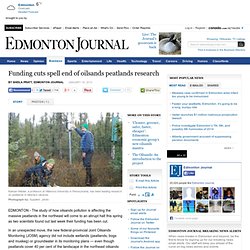 In an unexpected move, the new federal-provincial Joint Oilsands Monitoring (JOSM) agency did not include wetlands (peatlands, bogs and muskeg) or groundwater in its monitoring plans — even though peatlands cover 40 per cent of the landscape in the northeast oilsands area. BUSINESS: Key to the future is plastics, but maybe not the kind you imagine. 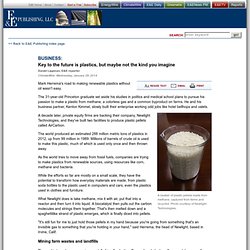 The 31-year-old Princeton graduate set aside his studies in politics and medical school plans to pursue his passion to make a plastic from methane, a colorless gas and a common byproduct on farms. He and his business partner, Kenton Kimmel, slowly built their enterprise working odd jobs like hotel bellhops and valets. A decade later, private equity firms are backing their company, Newlight Technologies, and they've built two facilities to produce plastic pellets called AirCarbon. The world produced an estimated 288 million metric tons of plastics in 2012, up from 99 million in 1989.

As the world tries to move away from fossil fuels, companies are trying to make plastics from renewable sources, using resources like corn, methane and bacteria.