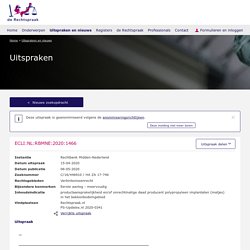 This summary is intended to assist in understanding the outcome of this proceeding and is not a complete statement of the conclusions reached by the Court. The only authoritative statement of the Court’s reasons is that contained in the published reasons for judgment which will be available on the Court’s website. This is a representative (or class) action brought by three women: Kathryn Gill, Diane Dawson, and Ann Sanders, each of whom suffered complications after surgery involving the transvaginal implantation of synthetic mesh. At the centre of the case are nine medical devices made from knitted polypropylene, a thermoplastic polymer. Stress urinary incontinence is the involuntary leakage of urine. Kathryn Gill was born in 1970. This was a large case. J&J agrees to $117M settlement over pelvic mesh devices. Johnson & Johnson has agreed to a $117 million multistate settlement over allegations it deceptively marketed its pelvic mesh products, which support women's sagging pelvic organs. 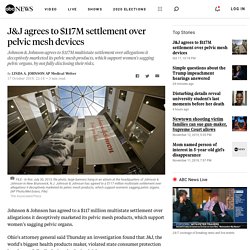 Ohio's attorney general said Thursday an investigation found that J&J, the world's biggest health products maker, violated state consumer protection laws by not fully disclosing the devices' risks. Numerous women who had the once-popular, hammock-like devices implanted claim they caused severe pain, bleeding, infections and other complications. Johnson & Johnson and its Ethicon surgical products unit reached the settlement with 41 states and the District of Columbia. "These companies didn't paint a clear picture of the device's medical risks, preventing patients from making well-informed decisions," Ohio Attorney General Dave Yost said in a statement. Some of the products are still on the U.S. market, and hundreds of thousands of women have had the devices surgically implanted, according to Yost's office. 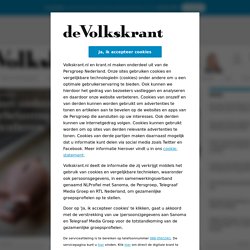 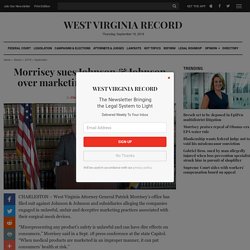 “Misrepresenting any product’s safety is unlawful and can have dire effects on consumers,” Morrisey said in a Sept. 18 press conference at the state Capitol. “When medical products are marketed in an improper manner, it can put consumers’ health at risk.” The lawsuit, filed Sept. 18 in Monongalia Circuit Court, claims Johnson & Johnson and Ethicon misrepresented the effectiveness, properties, risks and safety history of the surgical mesh products in marketing and educational materials provided to patients and doctors, in personal meetings and in published medical articles.

State attorneys argue J&amp;amp;J missed adequate label warnings in pelvic mesh trial. Hinoul SAN DIEGO – In a trial to decide if Johnson & Johnson sold pelvic mesh implants allegedly knowing they could harm women, state attorneys on Wednesday attempted to get a top company official to admit that risk warnings on the products had been lacking. 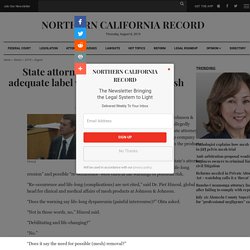 Jinsook Ohta, the attorney with the state's attorney general's office, asked if the words “life-long erosion” and possible “re-occurrence” were cited in the warnings of potential risk. “Re-occurrence and life-long (complications) are not cited,” said Dr. Ethicon complaint reviewer says in J&amp;amp;J trial that patients felt vaginal mesh instructions fell short of explaining risks. Chen SAN DIEGO – In a trial to determine if Johnson & Johnson officials sold vaginal mesh implant kits to doctors to make profits knowing the devices were harming women, a complaint reviewer on Wednesday said some sling patients had felt misled about the risks. 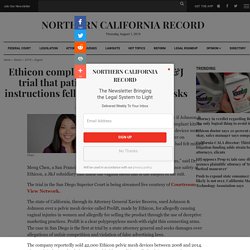 “I saw there were (complaint) patterns,” said Dr. Meng Chen, a San Francisco doctor and former medical director for surveillance safety at Ethicon, a J&J subsidiary that made the vaginal mesh that is the subject of the suit. The trial in the San Diego Superior Court is being streamed live courtesy of Courtroom View Network. Pathologist explains how mesh distorts, twists in J&amp;amp;J pelvic mesh trial. Kubota SAN DIEGO – In a trial to determine if Johnson & Johnson injured women by selling pelvic mesh devices the company allegedly knew were dangerous for profit, a pathologist on Thursday said the mesh can distort once it’s implanted and such devices can also migrate in the body. 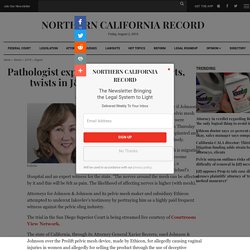 “Polypropylene is not inert; the mesh is migrating, moving through the tissue and can become exposed,” said Dr. Vladimir Iakovlev, a Toronto-based researcher with St. Michael’s Hospital and an expert witness for the state. “The nerves around the mesh can be affected by it and this will be felt as pain. Second Wave of Transvaginal Mesh Litigation Focused on Serious Injuries. $80 Million Verdict in Ethicon Prolift Pelvic Mesh Lawsuit. The need for transparency of clinical evidence for medical devices in Europe. Privacy settings. Law360. Transvaginal & Hernia Mesh Lawsuit Settlements - Cases and Payouts. 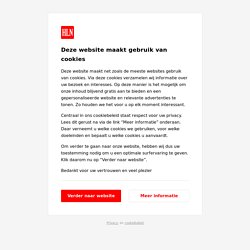 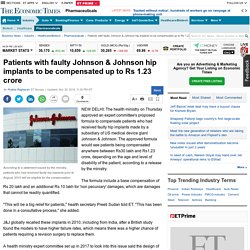 The approved formula would see patients being compensated anywhere between Rs30 lakh and Rs1.23 crore, depending on the age and level of disability of the patient, according to a release by the ministry. The formula include a base compensation of Rs 20 lakh and an additional Rs 10 lakh for 'non pecuniary' damages, which are damages that cannot be readily quantified. "This will be a big relief for patients," health secretary Preeti Sudan told ET. "This has been done in a consultative process," she added. J&J globally recalled these implants in 2010, including from India, after a British study found the models to have higher failure rates, which means there was a higher chance of patients requiring a revision surgery to replace them.

Flash - 400 Swedish women win compensation over faulty French breast implants - France 24. A French court on Thursdayordered the German safety certifier that approved defective breast implants for use to compensate around 400 Swedish women who received the devices behind a global health scare. The court in the Paris suburb of Nanterre ordered TUV to pay 4,600 euros ($5,200) to each of the Swedish plaintiffs for the harm caused by approving implants made by French firm Poly Implant Prothese (PIP). It also ordered the company to reimburse the cost of having the implants -- which were filled with a cheap industrial-grade silicone gel used in electronic equipment -- removed.

It comes a month after France's highest appeals court ordered that TUV be retried for negligence over its role in the affair, after being initially cleared of liability by a lower court. After a separate trial the company had already been ordered to pay 60 million euros ($69 million) as a deposit for potential compensation for 20,000 women who received the defective implants. Edwards et al v. Ethicon, Inc. et al, No. 2:2012cv09972 - Document 139 (S.D.W. Va. 2014)

In some situations, after a pelvic mesh attorney files a claim against the manufacturer, the case is then combined into one of several vaginal mesh class action lawsuits. The problem with the transvaginal mesh was it was not fully tested before being released on the market. The FDA (Food & Drug Administration) mistakenly fast-tracked the approval process based on previous approvals for other surgical mesh products like the mesh used to repair hernias.

The manufacturers of transvaginal mesh products took advantage of this FDA’s 501(k) program—the program that allowed them to sidestep the normal approval processes. In addition, the FDA did not even take the time to require any type of studies to determine any potential side-effects or risks of using the transvaginal mesh products. Ethicon Mesh Lawsuit Alleges Prolene Hernia Patch Entangled Man's Spermatic Cord - AboutLawsuits.com. Can Transvaginal Mesh Surgery Be Reversed? Thompsons Solicitors welcomes senior UK doctors’ calls for public inquiry into vaginal mesh surgery. Thompsons Solicitors’ clinical negligence team has welcomed calls for a public inquiry into vaginal mesh surgery, following concerns that complication rates may be higher than official figures imply. Tens of thousands of women in England are believed to have been treated with vaginal mesh implants, slings and tapes in the past decade, according to figures obtained by the Guardian.

The surgery sees a plastic mesh inserted to support the bowel, bladder or womb, often to treat childbirth complications, such as urinary incontinence and organ prolapse. However, at a meeting in parliament organised by Pontypridd Labour MP Owen Smith, campaign group Sling the Mesh called for the practice to be stopped. Carl Heneghan, professor of evidence-based medicine at the University of Oxford, and Sohier Elneil, consultant urogynaecologist at University College Hospital, said complication rates for some types of the surgery appeared to be unacceptably high. You can also read our TVT factsheet here. Johnson & Johnson Pelvic Mesh Defensive Win Reversed - Arentz Law Group. By Emily Cox An Ohio woman has won a damages hearing a little more than a month after a jury found that Johnson & Johnson pelvic mesh was defective but did not cause her injuries.

Philadelphia Court of Common Pleas Judge Michael Eros granted plaintiff Kimberly Adkins’ post-trial motion this past week. On June 9, a Philadelphia jury sided with manufacturers in the Johnson & Johnson pelvic mesh trial despite defensive lawyers admitting during closing arguments that there was troubling evidence that the companies had rushed TVT Secur to market despite substantial internal concerns over the product’s safety. In particular, the device showed the potential for high failure rates and medical complications. The jury conceded that the device was defective. The first case to go to trial out of the mass tort program yielded a $12.5 million verdict in December 2015.

America’s Lawyer [21]: Facebook Murders, Lead in Los Angeles & Dangerous Mesh. Transvaginal Mesh Recall - Discontinued & Recalled Mesh. Transvaginal mesh was first approved in the 1990s by the Food and Drug Administration (FDA) for the repair of pelvic organ prolapse and stress urinary incontinence in women. It is a mesh like medical device that is constructed out of plastic or biological material, most commonly a plastic coated with biological materials. Transvaginal Mesh Global Roundup: Sensational, Scandal and Settlement. British tabloids have sensationalised transvaginal mesh by describing one victim’s botched surgery a “biting vagina”; an Australian Senator compares the mesh to Thalidomide as one of Australia's worst health scandals; and in the US a transvaginal mesh class action lawsuit is settled for $12.3 million.

Sensationalized in the UK: The Biting Vagina The “Biting Vagina” story first told by Theresa Bartram on her Facebook page has been sensationalized by the Daily Mail, reporting that she “was left with a Venus flytrap vagina that 'bit' her partner during sex after surgery for incontinence that went horribly wrong.” Bartram’s TVT led to serious problems including ‘ripping a chunk’ from her partner’s penis. Trust a British tabloid to pen this: “It was like [my vagina] had grown teeth,' she recalled. His [penis] was bright red and spouting blood. Bartram is now campaigning for the procedure to be banned in England. Dr. IN RE ETHICON, INC., PELVIC REPAIR SYSTEM PRODUCTS LIABILITY LITIGATION. Transvaginal Mesh Deaths Reported as Injuries? “A good number of attorneys have reported transvaginal mesh adverse events to the FDA on behalf of their clients/patients, but over 23,000 reports are from physicians,” says Madris Tomes, founder of Device Events and former FDA Program Manager.

“Physicians are not great at reporting— this is a HUGE number.” During her tenure at the FDA, Tomes worked on the agency’s adverse event reporting program. She can search the entire FDA medical device adverse events data since 1996. For instance, Tomes recently investigated Essure complaints and found 303 reports referencing these fetal “death like” terms—reported as injuries rather than deaths-- and provided the information to Congressman Mike Fitzpatrick with the goal to remove Essure from the market.

According to California's attorney general, J&J sold more than 787,000 pelvic mesh devices in the United States from 2008 until 2014, including more than 42,000 in California. The lawsuits, which were filed in California and Washington state, allege that Johnson & Johnson failed to disclose a host of problems caused by the devices, which are created to treat the conditions stress urinary incontinence and pelvic organ prolapse. Transvaginal Mesh Nerve Damage “Horrendous” Vaginal Mesh Lawsuit Upheld by Appellate Court. To Webcast $6M+ Boston Scientific Pelvic Mesh Trial In Massachusetts.