Coffee addiction: Do people consume too much caffeine? Image copyright Thinkstock US officials are investigating the safety of caffeine in snacks and energy drinks, worried about the "cumulative impact" of the stimulant - which is added to a growing number of products. 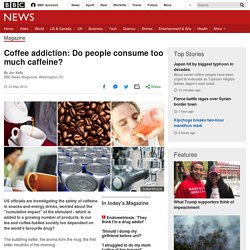 Is our tea and coffee-fuelled society too dependent on the world's favourite drug? The bubbling kettle, the aroma from the mug, the first bitter mouthful of the morning. It's a ritual without which the working day would be, for millions of people, frankly horrifying. Caffeine is, according to New Scientist, the planet's most popular "psychoactive drug". Are Coffee and Caffeine Addictive? A Critical Look. If you have a hard time functioning in the morning without coffee, you're not alone. 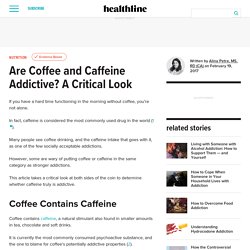 In fact, caffeine is considered the most commonly used drug in the world (). Many people see coffee drinking, and the caffeine intake that goes with it, as one of the few socially acceptable addictions. However, some are wary of putting coffee or caffeine in the same category as stronger addictions. This article takes a critical look at both sides of the coin to determine whether caffeine truly is addictive. Implications of Coffee Consumption. Coffee is the leading worldwide beverage after water and its trade exceeds US $10 billion worldwide. 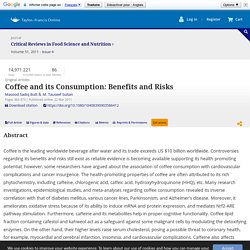 Controversies regarding its benefits and risks still exist as reliable evidence is becoming available supporting its health promoting potential; however, some researchers have argued about the association of coffee consumption with cardiovascular complications and cancer insurgence. The health-promoting properties of coffee are often attributed to its rich phytochemistry, including caffeine, chlorogenic acid, caffeic acid, hydroxyhydroquinone (HHQ), etc.

Coffee Addiction. Coffee: Benefits, nutrition, and risks. 20+ Good Health Reasons To Drink Coffee. There are good reasons to drink coffee and there are a few reasons not to. 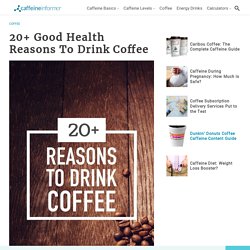 This article is for those that are looking for reasons to keep drinking it. After all, you may have a caffeine-hater in your life. You know the type – they’re always telling you what’s bad for your health. Here’s a list of some good reasons to drink coffee. Memorize this list – so the next time you encounter your favorite coffee-hater you can pull out one of these babies. While you’re at it, you can add the words “from a peer-reviewed scientific journal” — that’ll really get your pet coffee-hater frothing at the mouth.

[Main Article] Reduced screen time for young, highly recommended for well-being. Too much time spent on gaming, smartphones and watching television is linked to heightened levels and diagnoses of anxiety or depression in children as young as age 2, according to a new study. 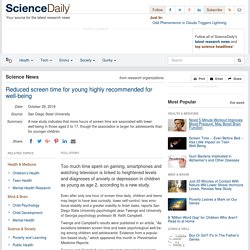 Even after only one hour of screen time daily, children and teens may begin to have less curiosity, lower self-control, less emotional stability and a greater inability to finish tasks, reports San Diego State University psychologist Jean Twenge and University of Georgia psychology professor W. Keith Campbell. Claims Made in the article. Supporting Article 1. Supporting Article 2. Source: Voyagerix/Shutterstock Screen time is an inescapable reality of modern childhood, with kids of every age spending hours upon hours in front of iPads, smartphones and televisions. That’s not always a bad thing: Educational apps and TV shows are great ways for children to sharpen their developing brains and hone their communication skills—not to mention the break these gadgets provide harried parents.

But tread carefully: A number of troubling studies connect delayed cognitive development in kids with extended exposure to electronic media. The US Department of Health and Human Services estimates that American children spend a whopping seven hours a day in front of electronic media. Other statistics reveal that kids as young as two regularly play iPad games and have playroom toys that involve touch screens. Opposing Article 1. Babies today are born into a world of mobile phones, tablets, video players in our cars, and screen technologies that are part of our everyday lives. 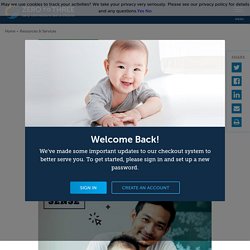 Naturally, parents wonder about the role screens do—or should—play in the lives of their babies and toddlers, but advice for parents is often unclear or conflicting. Screen Sense—a new report and series of resources from ZERO TO THREE, the leading nonprofit dedicated to giving babies and toddlers a strong start in life—helps to answer that question (and more!). Screen Sense makes it clear that a healthy screen media environment for young children is about more than just screen time. It’s also about selecting quality media experiences and engaging in media with them, in order to harness a child’s potential for learning. The first three years of life can have a greater impact on a child’s life trajectory than any other period.

Finding Quality ContentThese guidelines will help you make the most out of screen-based content for your little one. 12-year-olds in Singapore spend 6½ hours daily on electronic devices: Survey, Singapore News. Most parents would notice and have a problem if they learnt their 12-year-old watches six hours of television a day. 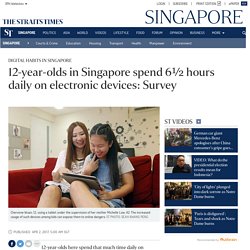 Yet, children are being allowed to spend that much time on electronic devices such as mobile phones and tablets. This is worrying, said experts, following a study by think-tank DQ Institute and the Nanyang Technological University (NTU). Children can come across inappropriate material, develop bad sleeping patterns and even an addiction to devices. So, what did the pilot study find? Twelve-year-olds here spend almost 46 hours a week - or over 6½ hours daily - glued to a screen.

The study was conducted over four months, from August to December last year. Cutting the time they spend on devices will not be easy. Dr Yuhyun Park, founder of DQ Institute, which is dedicated to improving digital education and innovation, said the findings are not surprising. Why do many psychiatric disorders emerge during adolescence?