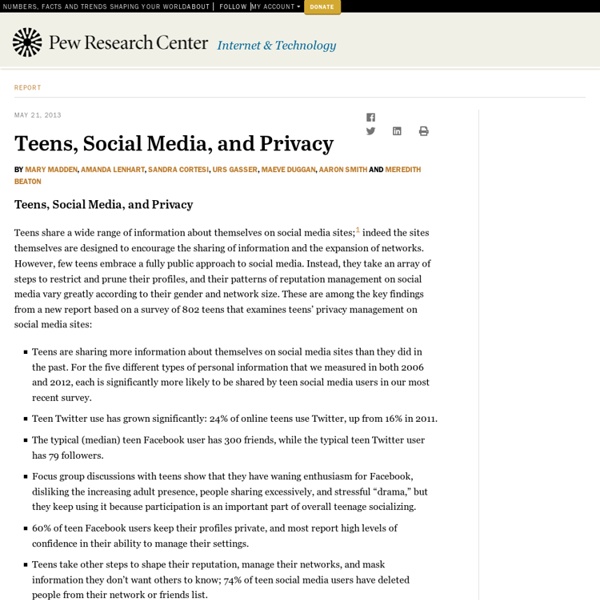 On What Facebook Knows – An Interview with the Man Behind Facebook’s Personal... Earlier this year, researchers from The University of Cambridge and Stanford University released a report which looked at how people’s Facebook activity could be used as an indicative measure of their psychological profile. What they found was pretty amazing – using the results of a 100 question psychological study, which had been completed by more than 86,000 participants through an app and mapped alongside their respective Facebook likes, the researchers developed a system which could then, based on Facebook activity alone, determine a person’s psychological make-up more accurately than their friends, their family – better even than their partners. The research was widely reported with headlines like “Facebook Knows You Better Than Your Therapist”, stoking the coals of ongoing debates about internet privacy and the all-knowing power held by Facebook.

What is Kiddle? The 'child-friendly' search engine which returns some worrying results A new website called Kiddle.co has launched promising a child-friendly search engine for kids browsing the internet. But the new tool appears to have caused some confusion and concerns among users. A number of news outlets have reported the search engine site is an official Google spin-off looking to cater to young internet users.

Kiddle Is A New, Safe (ish) Search Engine For Kids If you have children, you know how dangerous Google search results can be: even innocuous phrases like “Adventure Time” and “The Wiggles” can dredge up seedy images from the bowels of the web — sometimes horrifyingly in context. Kiddle attempts to make internet searches safer and kid-friendly, with mixed results. Even with strict parental supervision and maxed-out filters, it’s all too easy for kids to stumble upon something they shouldn’t on Google. This is where Kiddle comes in. Kiddle search engine for children causes controversy Image copyright Kiddle A search engine aimed at children, which blocks many common search terms including the words menstruation and balls, has gone viral. Kiddle was registered in 2014 and is powered by Google safe search but has no connection with the tech giant. Other words blocked by the site include lesbian and gay, a decision which has angered the campaign group Stonewall. Kiddle says search results are "handpicked and checked" by its editors. Other apparent search anomalies include the blocking of the term circumcision but not of FGM (female genital mutilation), suicide but not self-harm, the actress Pamela Anderson but not Fifty Shades of Grey.

Digital Citizenship, Copyright and Cyber Safety This unit can be used to develop students’ awareness of the issue of rights and responsibilities online, understanding of ethical practices and acknowledging the work of others and help them: develop an understanding of good digital citizenship learn about copyright, intellectual property and the impact of film & TV piracy learn about cyber safety concerns with infringing websites learn basic filmmaking terminology and methodology A hands-on approach encourages students to value content from the perspective of a creator and appreciate their influence on their society and culture. The resource includes curriculum links, lesson plans, glossary of key terms, fact sheets and assessment tools.

Teen Messaging Apps Present Opportunities, Raise Concerns Teenagers are beginning to move from social media sites to smartphone messaging apps, which means they can have practically complete privacy while participating in their online social world. Popular apps include Kik, Whisper, WhatsApp, Ask.fm, and Line, some of which can be used while the user remains anonymous. That means no parental controls, and, at least when using Snapchat, automatic erasure of inappropriate pictures, reports Michael S. Rosenwald of the Chicago Tribune.

What is 'Digital Wellbeing'? This is the first of a few posts on digital wellbeing. The term is one I coined - or at least brought into the education space - while I was working on a new Digital Capabillities framework for UK HE and FE (funded by Jisc) in 2015. Here, from the framework, is my definition. To care for our 'digital wellbeing' is to: look after personal health, safety, relationships and work-life balance in digital settings; act safely and responsibly in digital environments; manage digital stress, workload and distraction; use digital media to participate in political and community actions; use personal digital data for wellbeing benefits; act with concern for the human and natural environment when using digital tools; balance digital with real-world interactions appropriately in relationships;...

(Digital) Identity in a World that No Longer Forgets [This post was written jointly with Katia Hildebrandt and also appears on her blog.] In recent weeks, the topic of digital identity has been at the forefront of our minds. With election campaigns running in both Canada and the United States, we see candidate after candidate’s social media presence being picked apart, with past transgressions dragged into the spotlight for the purposes of public judgement and shaming. The rise of cybervigilantism has led to a rebirth of mob justice: what began with individual situations like the shaming of Justine Sacco has snowballed into entire sites intended to publicize bad online behaviour with the aim of getting people fired. Meanwhile, as the school year kicks into high gear, we are seeing evidence of the growing focus on digital identity among young people, including requests for our interning pre-service teachers to teach lessons about digital citizenship. And beyond the practical, there are ethical and philosophical concerns as well.