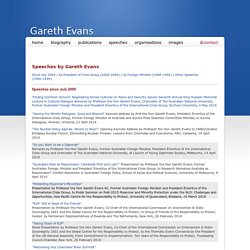 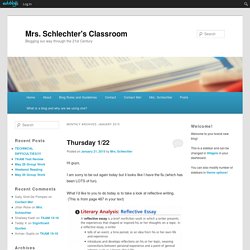 As if it were afraid nobody would. The morning house lay empty. The clock ticked on, repeating and repeating its sounds into the emptiness. Seven-nine, breakfast time, seven-nine! In the kitchen the breakfast stove gave a hissing sigh and ejected from its warm interior eight pieces of perfectly browned toast, eight eggs sunnyside up, sixteen slices of bacon, two coffees, and two cool glasses of milk. “Today is August 4, 2026,” said a second voice from the kitchen ceiling., “in the city of Allendale, California.” Somewhere in the walls, relays clicked, memory tapes glided under electric eyes. Teacher Resources - Waltham High School One School, One Story. Factors to be Considered when Evaluating the Effectiveness of Law in Achieving Justice - Biki. 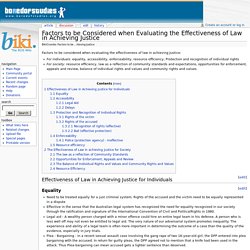 Constitution: 11/02/2014, Behind the News. Now to some comments the Prime Minister made recently about it being time to think about changing the constitution. 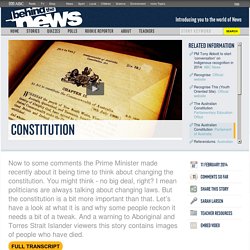 You might think - no big deal, right? I mean politicians are always talking about changing laws. But the constitution is a bit more important than that. Let’s have a look at what it is and why some people reckon it needs a bit of a tweak. And a warning to Aboriginal and Torres Strait Islander viewers this story contains images of people who have died. SARAH LARSEN, REPORTER: So you want to form a club? If you think about it, Australia is a little bit like a club with 22 million members. REPORTER: This might not look like much but it's the most important legal document in the whole country. No other law can over-rule the constitution and everyone has to obey it, including these guys and these guys. Australia's constitution was drawn up in the 1890s, as leaders of the colonies were preparing to make Australia a nation. But it didn't treat all Australians the same. 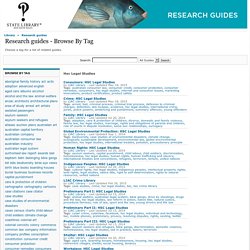 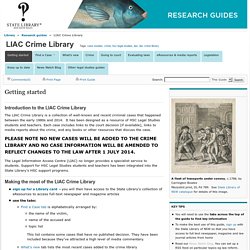 It has been designed as a resource of HSC Legal Studies students and teachers. Each case includes links to the court decision (if available), links to media reports about the crime, and any books or other resources that discuss the case. The Legal Information Access Centre (LIAC) no longer provides a specialist service to students. Support for HSC Legal Studies students and teachers has been integrated into the State Library’s HSC support programs. Making the most of the LIAC Crime Library sign up for a Library card - you will then have access to the State Library's collection of eResources to access full-text newspaper and magazine articlesuse the tabs:Find a Case tab is alphabetically arranged by:the name of the victim,name of the accused andtopic list This list contains some cases that have no published decision. Find legal answers. Legal Studies.