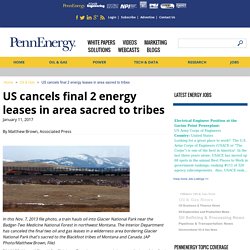 (AP) — U.S. officials on Tuesday announced the cancellation of the final two oil and gas leases in a wilderness area bordering Glacier National Park that's sacred to the Blackfoot tribes of Montana and Canada, more than three decades after the tribes said the leases were illegally sold. [Native Advertisement] Lease owners in Nebraska and Texas were notified of the cancellations in a letter from Deputy Interior Secretary Michael Connor and offered refunds of about $30,000 each. The move is subject to a potential court challenge. A lawsuit against another lease cancellation in the area last year is pending before U.S. 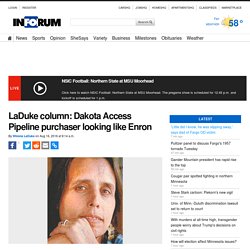 In contrast, there is scant regulation in North Dakota. That is painfully obvious. There are more lawsuits about oil drilling than active rigs in the Bakken (last year brought a record-setting 9,305 civil cases on oil, according to the Star Tribune). Not surprisingly, Dakota Access received quick approvals, and is only being challenged by tribal governments in North Dakota, with the Standing Rock Sioux Tribe filing a preliminary injunction Aug. 4.

EPA sued for Allowing Polluters to Pass the Bill for Their Spills to the Public. Earthjustice on behalf of Idaho Conservation League, Earthworks, Sierra Club, Amigos Bravos, Great Basin Resource Watch, and Communities for a Better Environment filed suit against the Environmental Protection Agency for failing to issue key rules mandated by the Superfund Act (the Comprehensive Environmental Response, Compensation and Liability Act, or CERCLA). 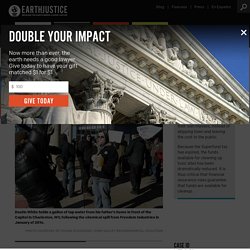 The rules that EPA has failed to issue would help prevent major spills of hazardous substances. For example, the Freedom Industries chemical spill in West Virginia that left hundreds of thousands of people without safe drinking water due to leaks from aging, corroded tanks could have been avoided if EPA had put these rules in place long ago, as the law requires. These rules would also make sure polluters pay to clean up their own messes, instead of skipping town and leaving the cost to the public. EPA has estimated that one in four Americans lives within three miles of a hazardous waste site. EPA sued for Allowing Polluters to Pass the Bill for Their Spills to the Public. Pipeline Law 2015: The Year Of Living Uncertainly. The US oil and gas industry has been transformed over the past few years by development of new shale resources. 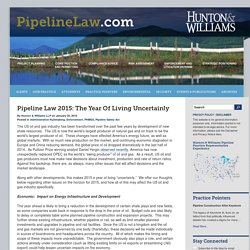 The US is now the world’s largest producer of natural gas and on track to be the world’s largest producer of oil. These changes have affected America’s energy future, as well as global markets. With so much new production on the market, and continuing economic stagnation in Europe and China reducing demand, the global price of oil dropped dramatically in the last half of 2014. As Pulitzer Prize-winning analyst Daniel Yergin observed recently, America has now unexpectedly replaced OPEC as the world’s “swing producer” of oil and gas. As a result, US oil and gas producers must now make new decisions about investment, production and rate of return ratios. Along with other developments, this makes 2015 a year of living “uncertainly.” Economic: Impact on Energy Infrastructure and Development. 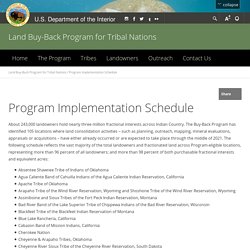 Pipeline Information and FOIA via Oil Attorneys. Pipeline Construction After Keystone. The legacy of Keystone XL lives on, as fallout from that politically influenced debate has created a stigma for many new pipeline construction projects. 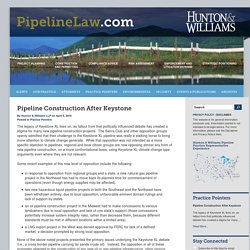 The Sierra Club and other opposition groups openly admitted that their challenge to the Keystone XL pipeline was really a stalking horse to bring more attention to climate change generally. While that opposition was not intended as a more specific objection to pipelines, regional and local citizen groups are now opposing almost any form of new pipeline construction, on a more confrontational basis, using Keystone XL climate change type arguments even where they are not relevant. New Pipeline Construction Issues: U.S. Fish and Wildlife Service Considers Allowing Incidental Takes Under the Migratory Bird Treaty Act. Construction of new pipeline (especially gas) or other energy infrastructure often encounters issues arising from the Migratory Bird Treaty Act (MBTA or Act). 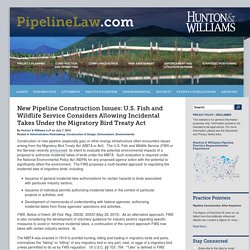 The U.S. Fish and Wildlife Service (FWS or the Service) recently announced its intent to evaluate the potential environmental impacts of a proposal to authorize incidental takes of birds under the MBTA. Such evaluation is required under the National Environmental Policy Act (NEPA) for any proposed agency action with the potential to significantly affect the environment.

PHMSA Broadly Interprets Its Construction Oversight Authority. The authority of the U.S. 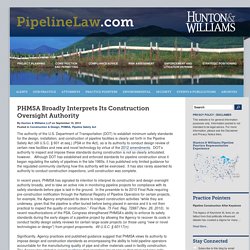 Land Grab Cheats North Dakota Tribes Out of $1 Billion, Suits Allege. But that last-resort land turns out to hold a wealth of oil, because it sits on the Bakken Shale, widely believed to be one of the world's largest deposits of crude. 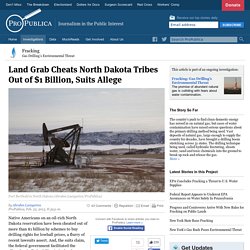 Until recently, that oil was difficult to extract, but hydraulic fracturing, combined with the ability to drill a well sideways underground, can tap it. The result, according to several senior tribal members and lawsuits filed last November and early this year in federal and state courts, has been a land grab involving everyone from tribal leaders accused of enriching themselves at the expense of their people, to oil speculators, to a New York hedge fund, to the federal government's Bureau of Indian Affairs. The rush to get access to oil on tribal lands is part of the oil industry's larger push to secure drilling rights across the United States.

Recent estimates show that the U.S. contains vast quantities of oil and gas. Who's Zoomin' Who When the Oil, Gas Politics Gets Very Personal?   Angry anti-frackers take their frustration to FERC commission member's home. 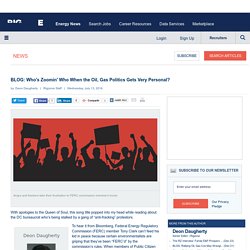 30 Years of Oil and Gas Pipeline Spills, Mapped. The sheer number of incidents involving America’s fossil fuel infrastructure suggests environmental concerns should go beyond Standing Rock. The increasingly brutal police response to protests over the construction of The Dakota Access Pipeline has pushed the debate over the safety of oil infrastructure into the national spotlight. PHMSA Broadly Interprets Its Construction Oversight Authority.

Mineral Royalties Hearing: Data Reliability is a Major Risk Factor. Kushner: We struck deal with Sinclair for straighter coverage. Donald Trump's campaign struck a deal with Sinclair Broadcast Group during the campaign to try and secure better media coverage, his son-in-law Jared Kushner told business executives Friday in Manhattan. Kushner said the agreement with Sinclair, which owns television stations across the country in many swing states and often packages news for their affiliates to run, gave them more access to Trump and the campaign, according to six people who heard his remarks. Story Continued Below In exchange, Sinclair would broadcast their Trump interviews across the country without commentary, Kushner said. Kushner highlighted that Sinclair, in states like Ohio, reaches a much wider audience — around 250,000 listeners — than networks like CNN, which reach somewhere around 30,000.