Dan Ariely asks, Are we in control of our decisions? 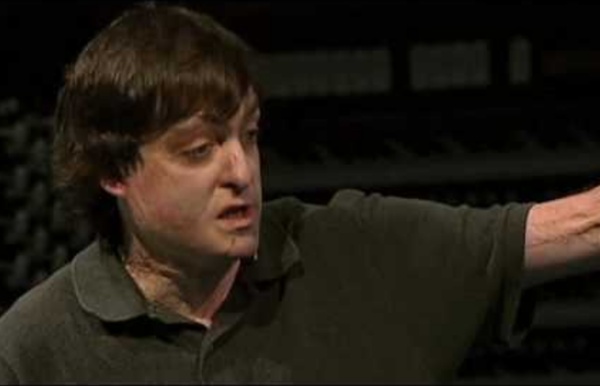 The history of African-American social dance - Camille A. Brown Interested in some more of the history of social dance in the black community? This article has some great references and video clips showing the dances described and discussed in this lesson: From juba to jitterbug to jookin: Black dance in America. The educator of this lesson has a wonderful site that will further inspire you to learn more about social dance. Take a look here. History does really connect with culture through social dance. Here are two amazing references from Camille A.

EDGE MASTER CLASS 2008—CLASS 1 RICHARD THALER: Here is the way Sendhil Mullainathan and I have thought about the day and a half that we have here. We have a pretty good idea of what we would like to do for the first three of our six sessions. This first session will be an overview of the concept of libertarian paternalism and choice architecture. The second one will flow directly from that, and has an idea, a solution, and we're going to talk about the problem that it may or may not solve. Then after lunch Sendhil is going to talk to us about some of the work he is doing on poverty. The five major world religions - John Bellaimey HINDUISM Children in India are often given comic books describing the lives of the saints and gods. Take a look at one of these and think about the obstacle faced by the protagonist and what spiritual resources were required to overcome it.ISLAM Much of the beauty of the Qur'an comes in its poetry. To appreciate Arabic poetry is difficult for the non-speaker. Investigate the meanings of the following expressions and tell what each one means, literally and symbolically:"Seal of the Prophets""Sun" Letters and "Moon" LettersMen are known as Abu (Father of) and women as Umm (Mother of)Arabic words are all based on three (sometimes four) letter roots, so S-L-M is the root of Muslim, Salaam, Islam, and other wordsWhat are the Greater Jihad and the Lesser Jihad and why might most non-Muslims be surprised to learn which is which?

Science Isn’t Broken Graphics by Ritchie King If you follow the headlines, your confidence in science may have taken a hit lately. Peer review? Tapping our powers of persuasion Most psychologists will read this “Questionnaire” with Robert Cialdini, PhD. That may or may not be true, but according to Cialdini, that statement is powerfully persuasive because we tend to go along with our peers. Cialdini, who retired last year from a teaching and research position at Arizona State University in Tempe, Ariz., is a renowned expert in the science of swaying. In his seminal book on the topic, “Influence: The Psychology of Persuasion” (Quill, 1984), he went undercover to learn the tricks mastered by used-car dealers and Fortune 500 executives alike, bringing persuasion research to psychology’s forefront. Cialdini distilled his findings into six “weapons of influence,” each grounded in how we perceive ourselves or others: Reciprocity: We inherently want to return favors.

Can you solve the prisoner hat riddle? - Alex Gendler The ‘prisoners and hats puzzle’ is a classic logic problem with many variants, some of which are described and summarized here. Like other puzzles where each player has information about the other players but not about themselves, they rely on inductive logic and the hierarchy of beliefs to figure out the other players’ thought processes to deduce the missing information. Just remember – if you try to stump other people with this kind of puzzle, make sure you have the right answer yourself. Love the challenge of this riddle? Take a look at these other puzzling lessons from TED-Ed! Can you solve the bridge riddle?

Unit Bias: Cooking, Dieting and Investing Feast and Famine Cooking is, of all the inventions that have propelled mankind to the top of the food chain, probably the most important. Our dubious ascent to mastery of all we survey, other than investment bankers’ bonuses, is founded not on the skills of the scientist or the warrior but those of the humble cook.

England riots: Timeline and map of violence Riots in London and around the country saw widespread looting and buildings set alight. Dozens were left homeless after a night of riots on the streets of Tottenham after a peaceful demonstration on 6 August over the death of a man who was shot by police turned violent. Here is a timeline of what happened, starting with most recent events.

Robert Cialdini Robert B. Cialdini is Regents' Professor Emeritus of Psychology and Marketing at Arizona State University. He is best known for his 1984 book on persuasion and marketing, Influence: The Psychology of Persuasion. Influence has sold over 2 million copies and has been translated into twenty-six languages.