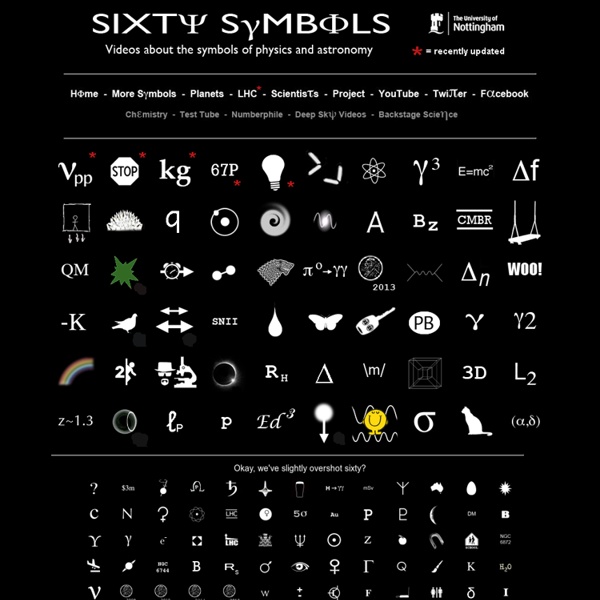 Neutron stars M. Coleman Miller Professor of Astronomy, University of Maryland Welcome to my neutron star page! I need to emphasize that the stuff I have here represents my opinions, and errors aren't the fault of those patient pedagogues who tried to cram this information into my head. I'll try to indicate when there is a dispute in the community, but I won't always be successful, so don't use only this page to study for your candidacy exams! The Elegant Universe: Pt 1 The Elegant Universe: Part 3 PBS Airdate: November 4, 2003 NARRATOR: Now, on NOVA, take a thrill ride into a world stranger than science fiction, where you play the game by breaking some rules, where a new view of the universe pushes you beyond the limits of your wildest imagination. This is the world of "string theory," a way of describing every force and all matter from an atom to earth, to the end of the galaxies—from the birth of time to its final tick, in a single theory, a "Theory of Everything." Our guide to this brave new world is Brian Greene, the bestselling author and physicist.

Einstein for Everyone Einstein for Everyone Nullarbor Press 2007revisions 2008, 2010, 2011, 2012, 2013 Copyright 2007, 2008, 2010, 2011, 2012, 2013 John D. Norton Published by Nullarbor Press, 500 Fifth Avenue, Pittsburgh, Pennsylvania 15260 with offices in Liberty Ave., Pittsburgh, Pennsylvania, 15222 Physics Flash Animations We have been increasingly using Flash animations for illustrating Physics content. This page provides access to those animations which may be of general interest. The animations will appear in a separate window. The animations are sorted by category, and the file size of each animation is included in the listing. Also included is the minimum version of the Flash player that is required; the player is available free from The categories are:

We come from the future. This is, for the most part, an accurate article, except for a few statements. "Exactly what makes a fermion a fermion is a bit complicated, but suffice it to say that fermions are all the particles that deal with matter. So what about the last group of elementary particles, the ones that don't deal with matter? These are the bosons, and they deal with the fundamental forces of the universe." The statements above can be misinterpreted as suggesting that fermions are defined as particles that deal with matter and bosons are defined as particles that deal with forces. And that is not true. Quick Start iTunes makes it fun and easy to organize and play your favorite music. Now, you can also add educational recordings from Stanford University to your iTunes library. From there, you'll be able to create custom playlists, sync to your iPod, burn CDs, or even share your Stanford-related content with others on your network. Ready. Set. Get started in four simple steps:

Problem of Reciprocity Back to main course page John D. Norton Department of History and Philosophy of Science University of Pittsburgh The Large Hadron Collider The Large Hadron Collider (LHC) is the world’s largest and most powerful particle accelerator. It first started up on 10 September 2008, and remains the latest addition to CERN’s accelerator complex. The LHC consists of a 27-kilometre ring of superconducting magnets with a number of accelerating structures to boost the energy of the particles along the way.

Math, Physics, and Engineering Applets Oscillations and Waves Acoustics Signal Processing Electricity and Magnetism: Statics Borobudur Borobudur, or Barabudur, is a 9th-century Mahayana Buddhist Temple in Magelang, Central Java, Indonesia. The monument consists of six square platforms topped by three circular platforms and is decorated with 2,672 relief panels and 504 Buddha statues.[1] A main dome, located at the center of the top platform, is surrounded by 72 Buddha statues seated inside a perforated stupa. It is the world’s largest Buddhist temple,[2][3] as well as one of the greatest Buddhist monuments in the world.[4] Evidence suggests Borobudur was constructed in the 9th century and abandoned following the 14th-century decline of Hindu kingdoms in Java and the Javanese conversion to Islam.[7] Worldwide knowledge of its existence was sparked in 1814 by Sir Thomas Stamford Raffles, then the British ruler of Java, who was advised of its location by native Indonesians. Borobudur has since been preserved through several restorations. Etymology[edit]