North Korea′s Kim Jong Un responds to coronavirus with missiles. A Tiger at Bronx Zoo Tests Positive for COVID-19; The Tiger and the Zoo’s Oth... Prime Minister Boris Johnson moved to intensive care after being admitted to ... Jared Kushner and his shadow corona unit: what is Trump's son-in-law up to? The twist of fate that has cast Jared Kushner as a would-be savior in the greatest public health crisis to confront the United States in a century is a dramatic one. 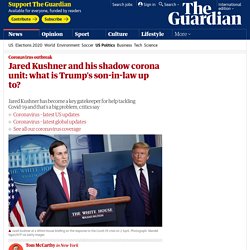 The moment of national peril has been compared to September 11. Angela Merkel, the German chancellor, said coronavirus was her country’s greatest challenge since the second world war. As the leader of the federal government effort to distribute emergency equipment to the states, Kushner, the president’s son-in-law, has mostly shied from the public stage, but he now is working in history’s spotlight. "It's Not Like We Have a Massive Recession or Worse," Says Trump After 10 Million Lost Their Jobs in Two Weeks. Coronavirus batters US economy as 6.65m file for unemployment last week. More than 6.65 million people filed for unemployment benefits in the US last week, the latest official figures to highlight the devastating economic impact of the Covid-19 pandemic on the American economy. 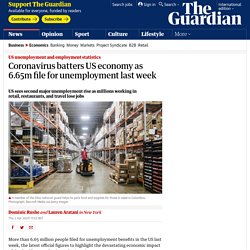 The federal labor department announced that a new record number of people sought benefits after losing their jobs in the week ending 27 March as long lines formed at unemployment offices, phone lines jammed and websites collapsed under the weight of claims across the US. Some 3.3 million had filed for unemployment the previous week, bringing total claims to 9.95 million for the two weeks. India's coronavirus lockdown is having a dramatic impact on pollution. But grinding this country of 1.3 billion people to a near halt has also provided a temporary remedy to another pressing health issue: suffocating pollution levels. 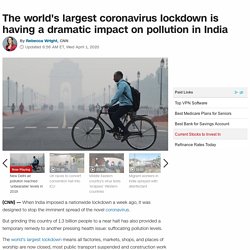 The world's largest lockdown means all factories, markets, shops, and places of worship are now closed, most public transport suspended and construction work halted, as India asks its citizens to stay home and practice social distancing. So far, India has more than 1,300 confirmed cases of Covid-19, including 35 deaths. Already, data shows that the main cities are recording much lower levels of harmful microscopic particulate matter known as PM 2.5, and of nitrogen dioxide, which is released by vehicles and power plants. PM 2.5, which is smaller than 2.5 micrometers in diameter, is considered particularly dangerous as it can lodge deep into the lungs and pass into other organs and the bloodstream, causing serious health risks. The Downward Spiral in Interest Rates Globally.

How far can interest rates fall? 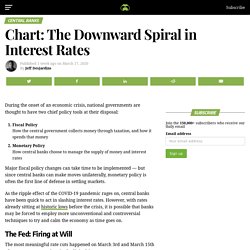 Currently, many sovereign rates sit in negative territory, and there is an unprecedented $10 trillion in negative-yielding debt. This new interest rate climate has many observers wondering where the bottom truly lies. Today’s graphic from Paul Schmelzing, visiting scholar at the Bank of England (BOE), shows how global real interest rates have experienced an average annual decline of -0.0196% (-1.96 basis points) throughout the past eight centuries. The Evidence on Falling Rates Collecting data from across 78% of total advanced economy GDP over the time frame, Schmelzing shows that real rates* have witnessed a negative historical slope spanning back to the 1300s.

Displayed across the graph is a series of personal nominal loans made to sovereign establishments, along with their nominal loan rates. Coronavirus live updates: Trump says he wants ‘country opened’ by Easter, citing concerns about the economy. Man Fatally Poisons Himself While Self-Medicating for Coronavirus, Doctor Says. An Arizona man died and his wife was hospitalized after officials said they treated themselves on Sunday with a deadly home remedy for the new coronavirus — a popular fish tank additive that has the same active ingredient as an anti-malaria drug. 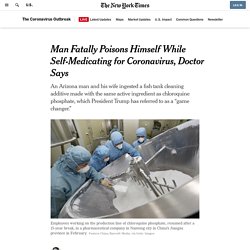 The drug, known as chloroquine phosphate or chloroquine, has been bandied about by President Trump during White House briefings on the coronavirus pandemic as a potential “game changer” in the treatment of Covid-19. The couple, who officials at Banner Health, a hospital system based in Phoenix, said were in their 60s and were from Maricopa County, quickly experienced side effects that included nausea and vomiting. They were not tested for the coronavirus.

The man died from cardiac arrest and his wife was initially listed in critical condition, according to hospital officials, who said on Monday that the woman had been upgraded to stable condition and was expected to make a full recovery. Their names were not released. Dr. Dr. Dr. Italy now key to China coronavirus origin propaganda efforts. China’s attempts to dissociate itself from the origins of the coronavirus outbreak got an apparent boost thanks to an interview given by an Italian doctor to American media. 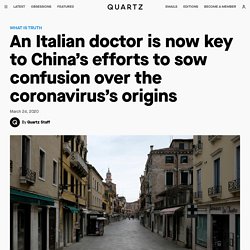 The article in question, published by NPR on March 19, examined the impact of the current pandemic on Italy’s health care system. Thousands of cruise ship passengers told to self-isolate due to coronavirus days after disembarking. Updated 24 minutes agoMon 23 Mar 2020, 11:27pm Passengers from a recently arrived cruise ship in Sydney spent four days in the community before they received NSW government advice to self-isolate due to a positive coronavirus detection. 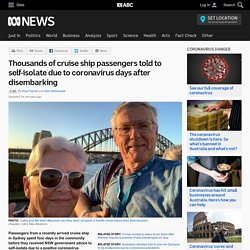 Key points: Four cruise ships docked in Sydney last week, each with passengers who later tested positive for coronavirusThe Federal Government and NSW Government are blaming each other for the handling of the arrivalsPassengers on board two of the vessels said there were no health checks Now federal and state government ministers are blaming each other for how cruise arrivals have been handled. Louisiana governor says his state has the fastest growth rate of coronavirus cases in the world. Graphs provided to CNN by the governor's office show the rate of growth in the state on a steep upward trajectory similar to that of hard-hit Italy and Spain. 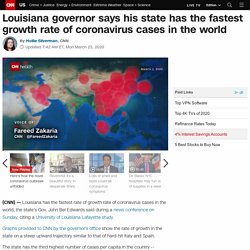 The state has the third highest number of cases per capita in the country -- behind New York and Washington state, Edwards said. Within a week, Louisiana has gone from reporting fewer than 100 cases to more than 800 as of Sunday night. Coronavirus: Concern mounts in Laos, Myanmar despite reports of zero infections, SE Asia News. As coronavirus infections spike across South-east Asia, Myanmar and Laos have conspicuously logged zero patients - despite the fact that both share a sizeable border with China, where the out-break originated. 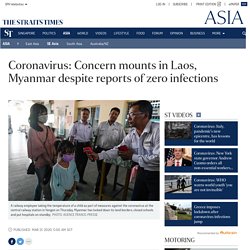 Both countries say all the people suspected of being infected with the coronavirus have tested negative so far. But limited access to testing equipment and reagents means that they have conducted only about 300 tests for a combined population of 60 million. Central Asia Can't Hide the Coronavirus. On March 10, Kazakhstan’s chief doctor made a public announcement. 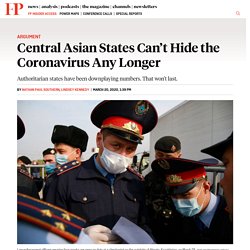 While there were still no confirmed cases of COVID-19 in the country, he said, cases might appear over the next five days. The source of his precision was not explained, and Kazakhs were understandably skeptical. Fact check: Trump wrongly claims FDA 'approved' drug chloroquine to treat the...