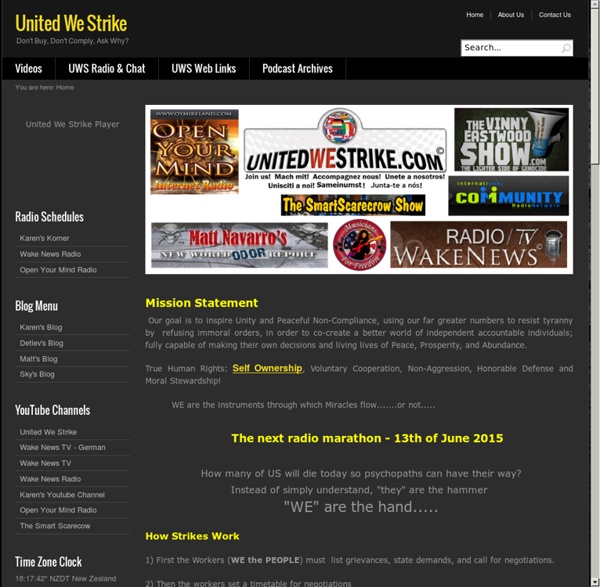 Newborns' blood used to build secret DNA database Texas health officials secretly transferred hundreds of newborn babies' blood samples to the federal government to build a DNA database, a newspaper investigation has revealed . According to the Texas Department of State Health Services (DSHS) routinely collected blood samples from newborns to screen for a variety of health conditions, before throwing the samples out. But beginning in 2002, the DSHS contracted Texas A&M University to store blood samples for potential use in medical research. Now the reveals that wasn't the end of the matter. This came to light after repeated open records requests filed by the turned up documents detailing the mtDNA programme. Jim Harrington, the civil rights attorney who filed the blood spot lawsuit (pdf) last year on behalf of five Texas parents and who directs the Texas Civil Rights Project , suggests to the that the DSHS settled with the parents to avoid risking a court case that might have revealed the DNA database.

Polygamy in the Bible — Rick Beckman When you think of polygamy, what do you think of? The Mormons? Islam or Muhammad? Maybe you think of Big Love? If you are a Christian, though, I want to give you something else to think of when the subject of polygamy comes up. Our thoughts should gravitate to the Scriptures, to those men throughout the history of our faith which lived out their lives with multiple wives, some with two or three, others with wives numbering in the hundreds. I want to introduce you to these men. For simplicity, I’ll present this list alphabetically. Polygyny is the practice of one man having multiple wives; it is a type of polygamy. Abdon After him Abdon the son of Hillel the Pirathonite judged Israel. 14He had forty sons and thirty grandsons, who rode on seventy donkeys, and he judged Israel eight years. Alphabetically, we get to start our list with a man, Abdon, who isn’t explicitly said to be a polygynist. Abijah But Abijah grew mighty. And what happened? Abram / Abraham Ahab Ahasuerus Ashur Belshazzar Ben-hadad

Attorney General Holder defends execution without charges In a speech at Northwestern University yesterday, Attorney General Eric Holder provided the most detailed explanation yet for why the Obama administration believes it has the authority to secretly target U.S. citizens for execution by the CIA without even charging them with a crime, notifying them of the accusations, or affording them an opportunity to respond, instead condemning them to death without a shred of transparency or judicial oversight. The administration continues to conceal the legal memorandum it obtained to justify these killings, and, as The New York Times‘ Charlie Savage noted, Holder’s “speech contained no footnotes or specific legal citations, and it fell far short of the level of detail contained in the Office of Legal Counsel memo.” But the crux of Holder’s argument as set forth in yesterday’s speech is this: (2) It isn’t merely the Democratic Party generally and its hordes of adherents who have performed a complete reversal on these issues as of January 20, 2009.

‘Origin of Speeches’ says Edenic language is programmed in our brains | A. Roy King October 24, 2009 by arking I recently finished reading The Origin of Speeches: Intelligent Design in Language, a fascinating book by Edenics scholar Isaac E. Mozeson. Edenics is a linguistics project undertaken to study the original human mother tongue called Edenic, the language given to Adam in the garden of Eden. Whereas Mozeson is an independent scholar, Merritt Ruhlen is a more credentialed linguist, a Stanford professor who advocates a monogenetic view of human language. Mozeson is one of those investigators unlikely to receive much credence from mainstream academia. However, on a more substantive level, one of Mozeson’s key premises flies in the face of conventional linguistic theory, which maintains that words are for the most part arbitrary. Mozeson, however, asserts that the Edenic program in the human brain naturally inclines humans to assign certain meanings to certain sounds. Admitting such a relationship would take academics in an uncomfortably non-atheistic direction.

FEMA Concentration Camps: Locations and Executive Orders - Friends of Liberty (undated) 3sep04 FEMA Concentration Camps: Locations and Executive Orders Friends of Liberty (undated) 3sep04 [ Below: U.S. Concentration Camps: FEMA and the REX 84 Program - The Awakening News (undated) 3sep04] There over 800 prison camps in the United States, all fully operational and ready to receive prisoners. Operation Cable Splicer and Garden Plot are the two sub programs which will be implemented once the Rex 84 program is initiated for its proper purpose. The camps all have railroad facilities as well as roads leading to and from the detention facilities. Now let's review the justification for any actions taken... Executive Orders associated with FEMA that would suspend the Constitution and the Bill of Rights. EXECUTIVE ORDER 10990 allows the government to take over all modes of transportation and control of highways and seaports. Where are these camps? Opelika - Military compound either in or very near town. Wilderness - East of Anchorage. Eielson AFB - Southeast of Fairbanks. Ft. Ft. Ft. Ft. Ft.

Screw the Bitch: Divorce Tactics for Men a Book by Dick Hart | Corrupt CT ittle did they know, the worst was yet to come. Sunny Kelley and Lori Handrahan are just two mothers in two states in the country whose cases provide irrefutable evidence of judicial abuse and pedophile trafficking through Family Courts. Their court cases went straight from horrible to hell. Despite solid documentation of judicial corruption, cronyism, state social service agency abuse, misconduct or dismissal by police, and massive profiteering by officials who are preying on families and children, even the Federal Bureau of Investigation is mute. Just when Sunny and Lori thought it couldn’t get worse, it did. {*style:<b> </b>*} As I write this story, the family court system has already delivered Sunny Kelley’s son and Lori Handrahan’s daughter to alleged sex abusers who appear to be part of sex crime networks. Like other mothers persecuted by the Family Court system, Sunny and Lori have been psychologically and emotionally tortured, and it’s still happening. Dr. So why, then, did Dr.

Canaan Canaan (Northwest Semitic knaʿn; Phoenician: 𐤊𐤍𐤏𐤍; biblical Hebrew: כנען / knaʿn; Masoretic: כְּנָעַן / Kənáʿan) was during the 2nd millennium BC a Semitic-speaking region in the Ancient Near East, roughly corresponding to the Levant, i.e. modern-day Lebanon, Israel, Palestinian territories, the western part of Jordan and southwestern Syria. The name remained the endonym of the region later known to the Ancient Greeks from c.500 BC as Phoenicia. Linguistically, the Canaanite languages form a group within the Northwest Semitic languages; its best-known member today is the Hebrew language, being mostly known from Iron Age epigraphy. Other Canaanite languages are Phoenician, Ammonite, Moabite, and Edomite. Etymology[edit] The English term Canaan (pronounced /ˈkeɪnən/ since c. Biblical narrative[edit] Map of Canaan, with the border defined by Numbers 34:1–12 shown in red. Biblical usage[edit] The Hebrew Bible lists borders for the land of Canaan. John N. Biblical Canaanites[edit]

Greece extricates from one crisis, falls into another The world media spread the news about the Greek parliament making vote of confidence to the coalition government led by Antonis Samaras. 179 deputies of the "New Democracy", PASOK and DIMAR voted for the approval of the Cabinet, while 121 MP from the opposition (left SYRIZA and other parties) have opposed. This event was to begin to address the long-running political crisis in Athens. Another question is whether the new government will be able to hold the country for four years. On Monday the first resignation took place when Deputy Minister of Labor Nikos Nikolopolus refused further participation in the coalition. The reason for his departure was named in a special message addressed to the Greek prime minister. However, the coalition has no unity in the strategy to overcome the financial crisis in Greece. However, Prime Minister Antonis Samaras has been criticized for a departure from the original campaign promises. Yuri Sosinsky-Semikhat Pravda.Ru Read the original in Russian