Resources that address our questions about slavery

These resources will answer SO MANY OF OUR QUESTIONS.

Map slavery. The Negro Speaks of Rivers by Langston Hughes - Poems. Droning a drowsy syncopated tune,Rocking back and forth to a mellow croon, I heard a Negro play.Down on Lenox Avenue the other nightBy the pale dull pallor of an old gas light He did a lazy sway . . . 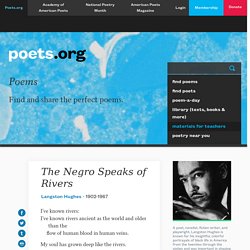 He did a lazy sway . . .To the tune o' those Weary Blues.With his ebony hands on each ivory keyHe made that poor piano moan with melody. O Blues! Swaying to and fro on his rickety stoolHe played that sad raggy tune like a musical fool. Sweet Blues! Coming from a black man's soul. Thump, thump, thump, went his foot on the floor.He played a few chords then he sang some more— "I got the Weary Blues And I can't be satisfied. The Atlantic slave trade: What too few textbooks told you - Anthony Hazard. Discuss. Discuss. Why Did Europeans Enslave Africans? Reconstruction: The Civil War in Four Minutes. Traces of the Trade - Ghana: Process of Entering Slavery - POV. A diagram of the slaveholding capacity of the slave ship *Vigilante*. Slavery in the Caribbean - International Slavery Museum, Liverpool museums. Enslaved Africans cutting cane in Antigua, published 1823. 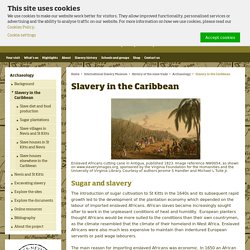 Image reference NW0054, as shown on www.slaveryimages.org, sponsored by the Virginia Foundation for the Humanities and the University of Virginia Library. Courtesy of authors Jerome S Handler and Michael L Tuite Jr. Sugar and slavery. 80291407. From Indentured Servitude to Racial Slavery. Non-tabled version. 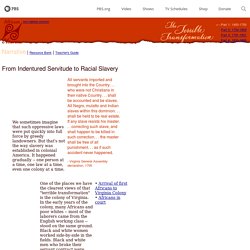 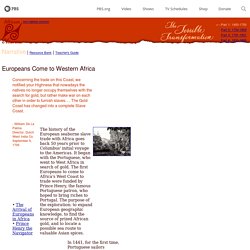 Reconstruction: The Civil War in Four Minutes. From Africa to America. Lasting Contributions. America's Cultural Roots Traced to Enslaved African Ancestors. O black and unknown bards of long ago, How came your lips to touch the sacred fire? 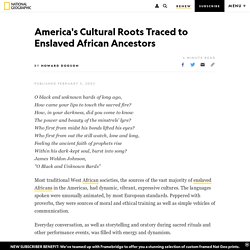 How, in your darkness, did you come to know The power and beauty of the minstrels' lyre? Who first from midst his bonds lifted his eyes? Who first from out the still watch, lone and long, Feeling the ancient faith of prophets rise Within his dark-kept soul, burst into song? James Weldon Johnson, "O Black and Unknown Bards" Most traditional West African societies, the sources of the vast majority of enslaved Africans in the Americas, had dynamic, vibrant, expressive cultures. Everyday conversation, as well as storytelling and oratory during sacred rituals and other performance events, was filled with energy and dynamism. Indigenous musics, which were extremely complex, permeated all aspects of traditional African social life. Dancing to these rhythms was equally pervasive. On board slave ships during the Middle Passage, enslaved Africans were frequently forced to dance. 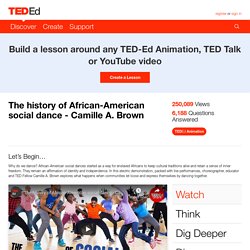 This article has some great references and video clips showing the dances described and discussed in this lesson: From juba to jitterbug to jookin: Black dance in America. The educator of this lesson has a wonderful site that will further inspire you to learn more about social dance. Take a look here. History does really connect with culture through social dance. Here are two amazing references from Camille A. Interested in seeing a video clip from Mr. Photo credit for Camille A. An excerpt from a 1788 account describing the capture and kidnapping of Africans as part of the slave trade. Primary Sources Slave Trade. Olaudah Equiano's early life in Africa - International Slavery Museum, Liverpool museums. Abolition campaigner and former enslaved person Olaudah Equiano wrote his autobiography in 1789. 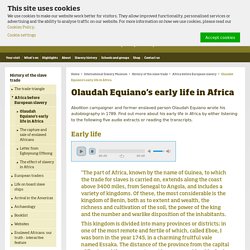 Find out more about his early life in Africa by either listening to the following five audio extracts or reading the transcripts. Early life Update Required To play the media you will need to either update your browser to a recent version or update your Flash plugin. The incredible journey of an African Muslim Slave - Ayuba Suleiman Diallo. Zora Neale Hurston's 'Barracoon' Tells the Story of the Slave Trade's Last Survivor. Sitting on his porch in 1928, under the Alabama sun, snacking on peaches, Cudjo Lewis (born Oluale Kossola) recounted to his guest his life story: how he came from a place in West Africa, then traversed the Middle Passage in cruel and inhumane conditions on the famed Clotilda ship, and saw the founding of the freedman community of Africatown after five years of enslavement. 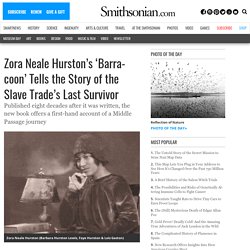 After two months of listening to Kossola’s tales, his interlocutor asked to take his picture. Donning his best suit, but slipping off his shoes, Kossola told her, “I want to look lak I in Affica, cause dat where I want to be.” His listener, companion and scribe was Zora Neale Hurston, the celebrated Harlem Renaissance author of Their Eyes Were Watching God. Here's What You Need to Know About Senegal. Is a country in western Africa that is south of the Senegal River. 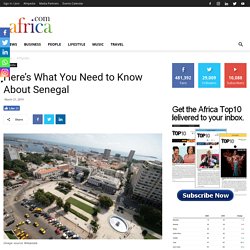 The kingdom of Benin - BBC Bitesize. Slavery and the Law in Virginia. Slavery and the Making of America . The Slave Experience: Education, Arts, & Culture. During the colonial and Antebellum periods, enslaved blacks pursued the right to express themselves using education, the arts, and craftsmanship against pragmatic, customary, and legal restrictions. 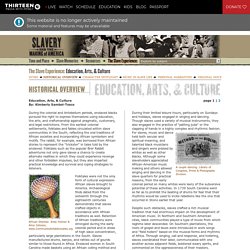 Spiritual Society Field Recordings, 1936-39. 12 years a slave cotton field song. Understanding Jim Crow (Setting the Setting) From the late 19th century to the Civil Rights Movement in the 1960s, many Southern states implemented laws of racial segregation that came to be known as Jim Crow laws. Many of these laws defined segregated public spaces. Others detailed social opportunities that would promote white supremacy, while deliberately stifling black progress. It was within this tension-filled social framework, in a small Southern town in the early 1930s, that Harper Lee chose to set her novel, To Kill a Mockingbird. All across the predominantly rural South in the 1930s, you would have seen very rigid systems of racial separation. And the important thing about Jim Crow, especially in that era, when we think about institutionalized segregation, is that it was a legal system.

But predominantly, what Jim Crow would have been, would be a system of customs. And that racial order actually differed quite a bit, in terms of what was acceptable and what wasn't, from place to place. The Niger Expedition of 1841. Abolishing Slavery: The Efforts of Frederick Douglass and Abraham Lincoln. Sona Jobarteh & Band - Kora Music from West Africa. Musical instrument. Print musical instrument. From Slaves to Sharecroppers. Sounder (1972) The History of African American Music. From the lyrical cries of black street vendors in eighteenth-century Philadelphia to the infectious dance rhythms of the Motown sound, African American music has been heard at all times and in every corner of America.

African American involvement in the nation's music making has influenced every genre of American music, helping to create a sound now recognized as distinctly American. Reflecting both the hardships and triumphs black Americans have experienced in the United States, their music has also served to shape the national identity, profoundly influencing the lives of all Americans. The first Africans transported to this country came from a variety of ethnic groups with a long history of distinct and cultivated musical traditions. Some were able to bring musical instruments with them or build new ones in this country. Slavery past & present.