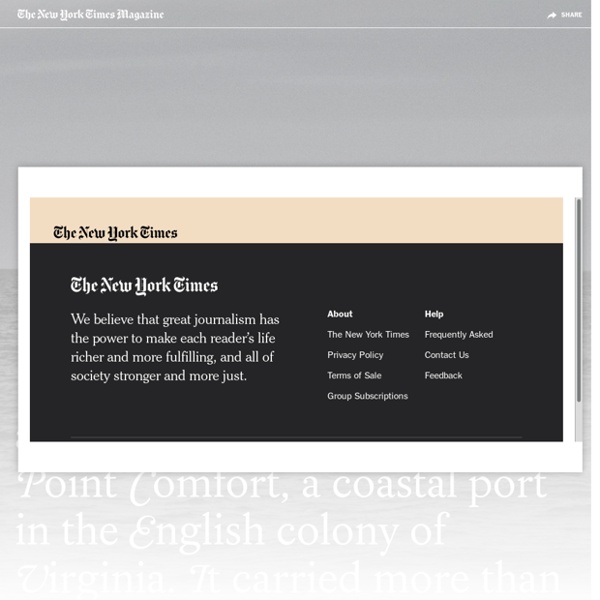 US cities are losing 36 million trees a year. Here's why it matters and how you can stop it But tree cover in US cities is shrinking. A study published last year by the US Forest Service found that we lost 36 million trees annually from urban and rural communities over a five-year period. That's a 1% drop from 2009 to 2014.

Ten Lessons for Talking About Race, Racism, and Racial Justice Updated July 2020 As we strive to improve conversations about race, racism, and racial justice in this country, the environment in which we’re speaking seems to be constantly shifting, which shows that these conversations are more important than ever. We’ve put together some advice on finding entry points based on research, experience, and the input of partners from around the country. This is by no means a complete list, but it is a starting point for moving these discussions forward. Please note that while there are many reasons to communicate with various audiences about racial justice issues, this memo focuses on messaging with the primary goal of persuading them toward action. America Wasn’t a Democracy, Until Black Americans Made It One My dad always flew an American flag in our front yard. The blue paint on our two-story house was perennially chipping; the fence, or the rail by the stairs, or the front door, existed in a perpetual state of disrepair, but that flag always flew pristine. Our corner lot, which had been redlined by the federal government, was along the river that divided the black side from the white side of our Iowa town.

1619 Project (New York Times) In the history of the United States, black Americans were the only group for whom it was ever illegal to learn to read or write. And so when emancipation finally came, schools and colleges were some of the first institutions that the freed people clamored to build. Black Americans believed that education meant liberation, and just eight months after the Civil War, the first historically black college opened in the South. Howard University is among the most venerable of these institutions. Chartered in Washington in 1867, the school has educated some of the nation’s most notable black Americans, including Toni Morrison, Andrew Young, Zora Neale Hurston and Paul Laurence Dunbar.

This Account Showcases Real Women That Don’t Follow Society’s Expectations (30 Pics) “Dear postpartum depression, If you weren't so ugly, I would have 10 more babies. Dear postpartum depression, How Redlining Continues to Hold Back Black Americans To understand racism in America, one must first disabuse themselves of the idea that race is a social construct—an idea that has been created and accepted by the people in a society. Money is a social construct. We accept the idea that a dollar issued by the U.S. government is worth more than Monopoly money. Even if our currency were backed by gold, the precious metal is only valuable because we have collectively agreed to its worth.

Did Only 1.4 Percent of White Americans Own Slaves in 1860? An oft-reshared post from “Proud Southern Deplorable” aptly captures an entire genre of memes and social media posts that attempt to downplay the severity of white America’s historical complicity in slavery: This article deals specifically with the statistic that “only 1.4% of Americans owned slaves.” (For information about free blacks who owned slaves, these claims have been addressed in an earlier piece here.) The earliest instance of this statistic entering the digital lexicon with the purpose of minimizing white culpability for slavery appears to be a 2005 article on Vice titled “Hey Kids … It’s Time For Some Dumb Myths And Smart Facts About Slavery!”

Teaching and Learning About Martin Luther King Jr. With The New York Times … We returned to King’s letter, in which he draws a distinction between just and unjust laws. They didn’t know about this King, I found, the one who fought the law. In their view, the civil rights movement was embodied in King the Christlike leader, who stands for peace, love and brotherhood.I told the students that King went to jail a lot for peace, love and brotherhood.We talked about Baltimore, where the police had just killed Freddie Gray and street protests were swelling to an uprising. My students were skeptical of headlines and commentary that called for nonviolent protest.

Where to Stream 11 Essential Ken Burns Documentaries - NYT Watching Watching is The New York Times’s TV and film recommendation newsletter and website. Ken Burns is going to war again. On Sept. 17, he and his frequent collaborator Lynn Novick will return to PBS with “The Vietnam War,” a 10-part, 18-hour documentary exploring the conflict. In anticipation, we’ve put together a guide to the best of his documentaries available online, whether you want something relatively short by Burns standards (under two hours), luxuriously long (eight hours or more) or somewhere in between. I Have a Dream Speech Study Guide “I Have a Dream” is a sophisticated, hyper-referential speech that makes allusions to patriotic songs, political addresses, the speeches of other civil rights activists, the Bible, and even Shakespeare’s Richard III. King’s speech has also drawn comparisons to speeches delivered by other civil rights activists such as Archibald Carey Jr. and Prathia Hall—the repeated refrains of “let freedom ring” and “I have a dream” weren’t necessarily King’s own original writing, but rather the repurposing and repatterning of rhetorical devices from other activists’ earlier work. King quotes specific passages from the Bible, drawing on the language used in the books of Isaiah, Amos, and Galatians.

“Born in Slavery: Slave Narratives from the Federal Writers’ Project” Is An Amazing & Horrifying Collection – With Teacher Resources The Library of Congress’ Born in Slavery: Slave Narratives from the Federal Writers’ Project, 1936 to 1938 collection “contains more than 2,300 first-person accounts of slavery and 500 black-and-white photographs of former slaves. These narratives were collected in the 1930s as part of the Federal Writers’ Project (FWP) of the Works Progress Administration, later renamed Work Projects Administration (WPA).” In addition, though I don’t think it’s that clearly visible, there are also many suggestions on how teachers can use them. You can find them by going here and, underneath the top image, seeing “Overview | History | Critical Thinking | Arts & Humanities.” Click on either “History,” “Critical Thinking,” or “Arts & Humanities,” and then underneath each one you’ll find a ton of links that will, in turn, lead you to specific lesson ideas. Coincidentally, the same day I learned about this resource the Montgomery Advertiser published an interactive headlined ‘Where was the Lord?’

Smart Compose in Google Docs now generally available Quick launch summary Last year, we announced a beta for Smart Compose in Google Docs, a feature that helps you compose high-quality content in Google Docs faster and more easily. Smart Compose saves you time by cutting back on repetitive writing, helps reduce the chance of spelling and grammatical errors, and can suggest relevant contextual phrases. This feature is now generally available and has started rolling out to all G Suite customers. Muslims lived in America before Protestantism even existed The first words to pass between Europeans and Americans (one-sided and confusing as they must have been) were in the sacred language of Islam. Christopher Columbus had hoped to sail to Asia and had prepared to communicate at its great courts in one of the major languages of Eurasian commerce. So when Columbus’s interpreter, a Spanish Jew, spoke to the Taíno of Hispaniola, he did so in Arabic.