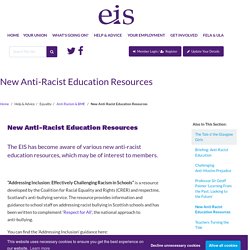 “Addressing Inclusion: Effectively Challenging Racism in Schools” is a resource developed by the Coalition for Racial Equality and Rights (CRER) and respectme, Scotland's anti-bullying service. The resource provides information and guidance to school staff on addressing racist bullying in Scottish schools and has been written to complement ‘Respect for All’, the national approach to anti-bullying. You can find the ‘Addressing Inclusion’ guidance here: “Celebrating Difference: Exploiting Stereotypes and Anti-Racism” is a resource developed as part of the ‘Celebrating Difference’ campaign, which is run by Respect Me, in partnership with LGBT Youth Scotland, the Scottish Association for Mental Health, Show Racism the Red Card, and the Scottish Government.

Människor för ändring: Little Rock - lika värde. HuffPost is now a part of Verizon Media. In response to just about any story about how to raise anti-racist children or about the pain Black parents feel having “the talk” with their young children before they feel ready often comes the familiar refrain: “I’m teaching my children that we don’t see color.” 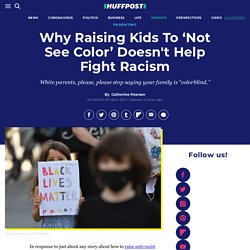 Or, “In my family, we don’t ‘see race.’” Or, “In my home, we’re ‘colorblind.’” Experts have known and said for years that this “colorblind” ideology doesn’t work. Yet it persists, often among white families who believe that by saying they don’t notice race they are embracing diversity. But as poet Nayyirah Waheed has written: “Never trust anyone who says they do not see color. Here’s why parents need to stop raising their kids to “not see color” once and for all. First and foremost, we all see color. With the exception of people who have actual color blindness — and even then, it’s rare to have no color vision whatsoever — we all see the color of people’s skin.

And kids want to talk about what they see! “We are different. Chimamanda Ngozi Adichie: The danger of a single story. Movies, Shows, and Documentaries to Watch to Educate Yourself on Racial Injustice. Storytelling has played a crucial role in Black American history. 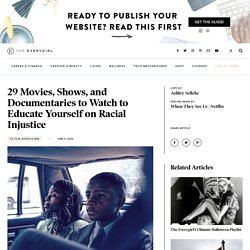 Andrea Collier, a Black author and multimedia journalist from Lansing, Michigan, spoke recently on the importance of storytelling within the Black community. “Stories, including the razor-edged ones of lynchings and segregation, are the ties that bind us. So are the stories of being brought up in segregated neighborhoods, traveling through the South knowing where you could and couldn’t go. There is no question that storytelling for black America is a way of saying I am here and I matter,” she wrote for UC Berkeley’s Greater Good Magazine.

Recounting the stories told by marginalized members of the Black community to get even the smallest glimpse of their historical and present-day struggles is one piece of an infinitely complex puzzle, but it is an imperative one. Before we can take action, we need to create the space to listen and learn from Black voices. Documentaries 1. Where to stream: Netflix, Amazon Prime 2. 3. 5. 7. 8. Uncomfortable Conversations with a Black Man. Finally, A Powerful Guide to Antiracism for Younger Readers. Popular books on antiracism (the belief that racial groups are equal) are on the rise. 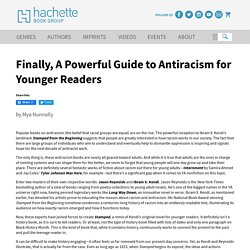 The powerful reception to Ibram X. Kendi’s landmark Stamped from the Beginning suggests that people are greatly interested in how racism works in our society. The fact that there are large groups of individuals who aim to understand and eventually help to dismantle oppression is inspiring and signals hope for the next decade of antiracist work. The only thing is, these antiracism books are nearly all geared toward adults. And while it is true that adults are the ones in charge of existing systems and can shape them for the better, we seem to forget that young people will one day grow up and take their place.

Enter two masters of their own respective worlds: Jason Reynolds and Ibram X. Now, these experts have joined forces to create Stamped, a remix of Kendi’s original novel for younger readers. It can be difficult to make history engaging—it often feels so far removed from our present-day concerns. STAMPED: RACISM, ANTIRACISM, AND YOU by By Jason Reynolds and Ibram X. Kendi Read by Author - Audio by HachetteAudio. Dear White People. Dramakomedi På ett högt ansett universitet i USA bubblar raskonflikter under ytan. 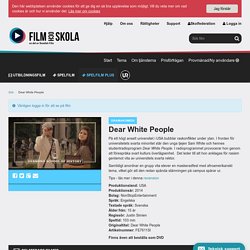 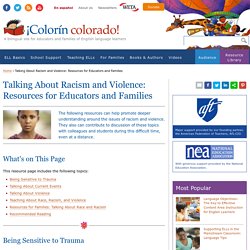 Educators are encouraged to seek guidance in trauma-informed practices in preparation for discussions related to these topics. Learn more from these resources and those below.