We Believe: The Best Men Can Be 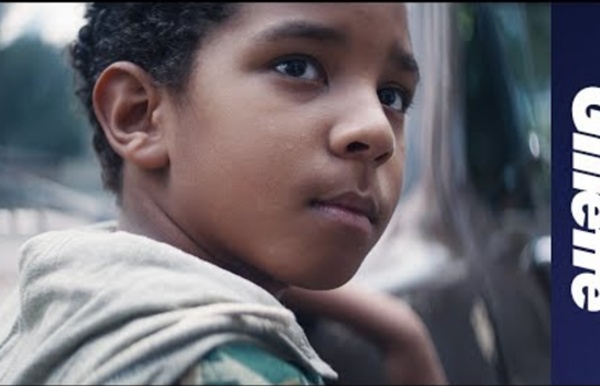 Gender pay gap: This child social experiment shows how unfair it is While they are a long way off having to experience pay inequality, some children are already protesting against the gender pay gap. A video of a social experiment in Norway shows children reacting with disbelief after being awarded with different amounts of sweets for completing the same task. The children were put in mixed pairs and asked to place coloured balls into containers. After completing the task successfully, one child was given more sweets than the other.

MPs back Brexit delay as votes lay bare cabinet divisions Brexit is set to be delayed by at least three months, after parliament opted overwhelmingly to request an extension to article 50 on another day of divisive votes that exposed the split in Theresa May’s fractured cabinet. The prime minister is now expected to bring her twice-defeated Brexit deal back to parliament on Tuesday, after she narrowly retained control of the next steps of the process. The votes, the last in a series of vital parliamentary decisions on Brexit over several days, mean that Britain’s departure from the EU should not now take place before 30 June and gave the prime minister a window to resuscitate her plan.

The problem with that equity vs. equality graphic you’re using – Cultural Organizing [NOTE: November 1, 2016. This post has been updated based on the new things I’ve learned about these images since posting the original article.] I was doing some work for a colleague at the Family Leadership Design Collaborative, and she gave me a challenge: redesign the “equity vs. equality” graphic that’s been circulating on the web. You’ve probably come across a version of this graphic yourself. There are a bunch of iterations, but basically it shows three people trying to watch a baseball game over the top of a fence. The people are different heights, so the shorter ones have a harder time seeing.

Elon Musk to launch Japanese billionaire on Space X rocket to the moon Elon Musk plans to launch Japanese billionaire Yusaku Maezawa on a rocket around the moon, the embattled SpaceX CEO announced on Monday. Maezawa, a 42-year-old art collector and entrepreneur who founded Japan’s largest online fashion retailer, could be the first private passenger to make the trip around the moon. The Big Falcon Rocket (BFR) has not yet been built. “This is my lifelong dream,” Maezawa said in a speech on Monday, announcing that he would be inviting artists to join him on his 2023 trip. “I choose to go to the moon.” Before he introduced Maezawa, Musk outlined his company’s space travel goals, warning of a possible event that could “end civilization”, adding, “We should take action and become a multi-planet civilization as soon as possible.”

Pocket - Poor teeth click 2x I am bone of the bone of them that live in trailer homes. I grew up next to Tiffany ‘Pennsatucky’ Doggett, the hostile former drug addict from the prison TV drama Orange Is the New Black. I know her by her teeth. Pennsatucky – a scrappy slip of a woman menacing, beating and proselytising to fellow inmates – stole the show during the first season of the Netflix prison series. But amid an ensemble cast of similarly riveting, dangerous characters, it was her grey, jagged teeth that shocked viewers into repulsed fixation.

Libra: Facebook launches cryptocurrency in bid to shake up global finance Facebook has announced a digital currency called Libra that will allow its billions of users to make financial transactions across the globe, in a move that could potentially shake up the world’s banking system. Libra is being touted as a means to connect people who do not have access to traditional banking platforms. With close to 2.4 billion people using Facebook each month, Libra could be a financial game changer, but will face close scrutiny as Facebook continues to reel from a series of privacy scandals. Libra could be a welcome lift to Facebook’s profits: analysts are suggesting Libra could be a huge moneymaker for Facebook, arriving as its growth slows. US lawmakers were quick to raise privacy concerns about the new currency.

Can Religion Guide the Ethics of A.I.? “Alexa, are we humans special among other living things?” One sunny day last June, I sat before my computer screen and posed this question to an Amazon device 800 miles away, in the Seattle home of an artificial intelligence researcher named Shanen Boettcher. At first, Alexa spit out a default, avoidant answer: “Sorry, I’m not sure.” But after some cajoling from Mr. After 130 Years, Harvard Law Review Elects a Black Woman President “It still feels like magic that I’m here,” Ms. Umana said in an interview, though her fellow students said it was not magic at all but her sharp legal mind, intense work ethic, leadership ability and generosity of spirit that catapulted her to the top. Ms. Umana’s emergence now has raised questions about why it took so long for a black woman to reach the pinnacle of the review and how her perspective may influence a publication that has for most of its existence been led by white men. When Ms. Umana talks about the law, she speaks through the prism of her race and gender.

Woman Gets Shamed For Breastfeeding Son In Public, Thousands Of People Stand Up For Her It is not uncommon for a natural activity to be turned into a social taboo. In many ways, the female body is particularly laden with rules and regulations attempting to control our life experiences. Often we must oblige, or we are viewed as “divergent,” “rebellious,” or even “disobedient.” Well, one woman had just about enough of the breastfeeding shaming from both a specific woman, and society, so she decided to do something about it. Ashley Kaidel was enjoying a meal at a restaurant when her baby starting showing signs of hunger.

US Olympian Simone Biles' withdrawal from the team final reminds us that she's human On Tuesday, though, Biles "looked like she got lost" somewhere in the air, CNN sports analyst Christine Brennan said. She nearly landed on her knees and left the field of play close to tears. Minutes later, word came that Biles would not compete with the team. Her departure stunned the sports world and her many fans in the US who've seen her repeatedly make the most difficult moves in gymnastics look like standard playground stunts. Biles' talent and charisma has catapulted her to a pedestal so high and seemingly untouchable that any mistake is magnified, and it's all the more devastating -- to Biles and to her many fans -- when she falls.

Simone Biles and the Weight of Perfection Mentally, the past five years have been what she called “a long journey.” When the Olympics were postponed from 2020 because of the coronavirus pandemic, Biles curled up in a corner of the gym’s locker room and cried. She didn’t want to be associated with U.S.A. Gymnastics any longer than she had to. Cecile Landi — who is serving as her personal coach in Tokyo — coaxed Biles to take time off: go on vacation, look for a bigger house, get a hot tub, relax.