History Lessons. The Reading Like a Historian curriculum engages students in historical inquiry. 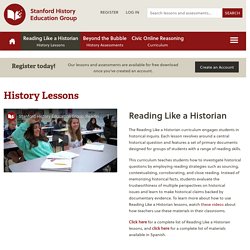 Each lesson revolves around a central historical question and features a set of primary documents designed for groups of students with a range of reading skills. This curriculum teaches students how to investigate historical questions by employing reading strategies such as sourcing, contextualizing, corroborating, and close reading. Instead of memorizing historical facts, students evaluate the trustworthiness of multiple perspectives on historical issues and learn to make historical claims backed by documentary evidence.

To learn more about how to use Reading Like a Historian lessons, watch this series of videos about how teachers use these materials in their classrooms. #the4thBox — Center for Story-based Strategy. Titled. Love Has No Labels. Break the norm second edition 2009. Indigenous Land Acknowledgement. An Inclusive Acknowledgement of People and Place The USDAC - U.S. 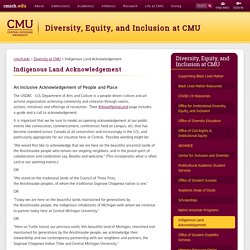 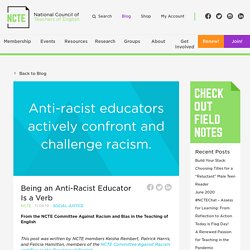 The Committee Against Racism and Bias in the Teaching of English has produced a series of educational videos for teachers in order to motivate us all to anti-racist teaching. Resources. "Hir" Poem about trangsgendered youth. Gender Neutral Pronouns. Transgender Today - Eli (sometimes) Breaking News English ESL Lesson Plan on Gender Dress. For centuries, students at Britain's Oxford University had to stick to a dress code regarding who wore suits and who wore skirts. 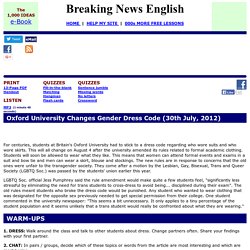 This will all change on August 4 after the university amended its rules related to formal academic clothing. Students will soon be allowed to wear what they like. This means that women can attend formal events and exams in a suit and bow tie and men can wear a skirt, blouse and stockings. Understanding Transgender People. Does being transgender mean the same as being homosexual or gay? 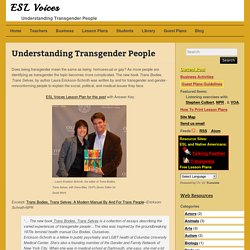 As more people are identifying as transgender the topic becomes more complicated. The new book Trans Bodies, Trans Selves, by author Laura Erickson-Schroth was written by and for transgender and gender-nonconforming people to explain the social, political, and medical issues they face. ESL Voices Lesson Plan for this post with Answer Key. Lesson Plan: Gender Stereotypes! Happy women’s day! 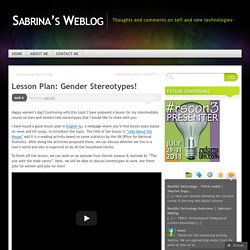 Continuing with this topic I have prepared a lesson for my intermediate course on men and women role stereotypes that I would like to share with you. I have found a good lesson plan in English-4u, a webpage where you’ll find lesson plans based on news and hit songs, to introduce the topic. The title of the lesson is “Jobs About the House” and it is a reading activity based on some statistics by the UK Office for National Statistics. After doing the activities proposed there, we can discuss whether we live in a man’s world and who is expected to do all the household chores. A Global View: The Adventure of Kid-Friendly Foreign Films. Image credit: iStockphoto.

Colin Stokes: How movies teach manhood. Mix It Up! Authentic Activities for the World Language Classroom. Do you ever feel stuck in a rut while planning your language classes? 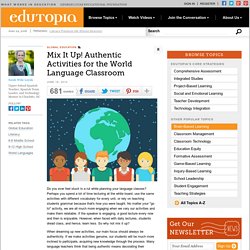 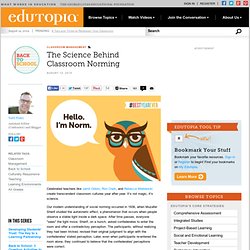 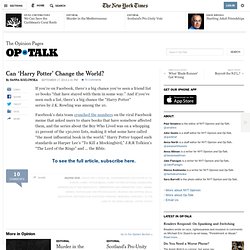 Gallery: What inequality means to me. Inequality is a complicated term. 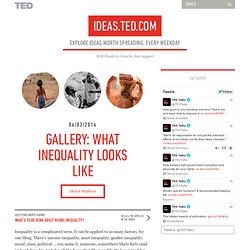 It can be applied to so many factors, for one thing. There’s income inequality, asset inequality, gender inequality, social, class, political … you name it, someone, somewhere likely feels (and is) hard done by. Psychologists Find a Surprising Thing Happens to Kids Who Read Harry Potter - Mic. The news: Harry Potter's greatest feat might not have been defeating Voldemort, but teaching young people around the world to battle prejudice. At least that's the finding of a new paper in the Journal of Applied Social Psychology, which claims reading the Harry Potter series significantly improved young peoples' perception of stigmatized groups like immigrants, homosexuals or refugees. The studies: The Pacific Standard broke down the three studies used in this paper. World Day for Cultural Diversity - May, 21. May, 21 is World Day for Cultural Diversity. How Reading Literature Cultivates Empathy.

Essentially, children's books are doing the opposite of what we need them to be doing. Rather than becoming more inclusive, they are becoming more exclusive. Rather than telling stories that reflect the lives of all the diverse young people reading them, they're focusing in on singular experiences that are already pervasive across the media. Roar – Katy Perry – ESL lesson plan. Official site of the #WeNeedDiverseBooks Campaign. Fuel Creativity in the Classroom with Divergent Thinking.