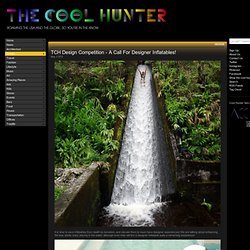 We are talking about enhancing the way adults enjoy playing in the water, although even kids will find a designer inflatable quite a refreshing experience! What if a designer hotel or resort had amazing, on-brand inflatables in the pool, or on the beach, available for guests to enjoy, take pictures of, share with their networks? We are looking for architectural, playful, cool, imaginative, never-before-seen designer ideas for inflatables. Show us what you can do. Show us how far we can take this unexplored water experience and we'll manufacture them. An entire new water surprise waiting for guests - what can we do to WOW them? Please send us your design ideas including 3d renderings by the end of May, 2012. What we are looking for specifically is an inflatable for one or two people. The Capsule Lamp. The Capsule Lamp has captured our imagination. 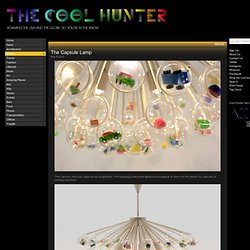 The intriguingly interactive lighting fixture gleans its idea from the plastic toy capsules of vending machines. Initially, the Capsule was designed by Hong Kong-based Design Systems Ltd for the Actif children’s wear brand, but it has now taken on a life of its own giving tinkerers and creatives another reason to customize and make it their own. The main structure of the ceiling pendant is made of stained oak, and either without the capsules, or with just the empty capsules, it looks rather coolly Scandinavian. But the fun starts when you attach the little plastic capsules – in any combination and quantity you like with all sorts of little treasures in them. While the fixture comes with a set number of toys, we can envision hiding our own little personal items in the capsules. We think we’ll just keep the Capsules for ourselves and never let kids near it. - Tuija Seipell.

Why Street Art Matters. Some city councils get it, others don’t. 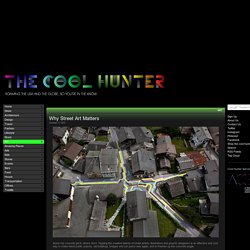 Tapping the creative talents of street artists, illustrators and graphic designers is an effective and cool way to make bland public spaces, old buildings, bridges and car parks new again, and to freshen up the concrete jungle. It is also an effective way of keeping graffiti away. Plus it draws attention to the building or structure as “potential” not as something to be hated. Maybe it will even bring a buyer, a new occupant or additional creative ideas about how to revitalize the building? Anything but the current dilapidated state of abandoned spaces! Street artists and muralists bring with them vibrant and a new perspective that architects or designers may not have. Contact Access Agency so we can help. - Bill Tikos.

The New Stuttgart City Library - Germany. Korean architect Eun Young Yi’s proposal was selected in 1999 from 235 competition entries as the plan for the new central library of the City of Stuttgart. 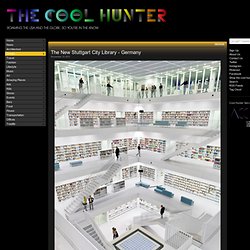 The building of the 80-million Euro (about $108 mil. US) Stadtbibliothek am Mailänder Platz began three years ago and the opening ceremonies took place last month. Yi has created a monolithic cube with two floors underground and nine above. Essentially all of the building, both inside and out is white. The main library floors circle an open-plan with the levels connected by open staircases. As a cool nod to the fact that the building is a storehouse of words, the word “library” is installed in four languages on the outside walls.

Try This, Will Ya. All You Need Is Love. Music - How I Met Your Music by Various Artists. Makoto Tojiki - Light Sculptures. Japanese artist Makoto Tojikil is fascinated by light. 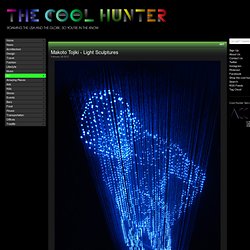 He uses it in ways that create amazing illusions and out-of-this-world experiences in a subtle, inquisitive way. But what we love most is the way his No Shadow pieces – large animal and human sculptures made of strands of light - evoke a sense of playfulness, awe, possibility and wonder. We find ourselves unable to stop staring, unwilling to leave the area of influence of the magical, somehow celestial beings and creatures. Tojiki was born in 1975 in Miyzaki, Japan, and graduated from Kinki University in 1998 as an industrial design engineer. After a stint designing home appliances, he launched his artistic career full-time in 2003. ColorQuiz.com - The free five minute personality test! ColorQuiz.com - The free five minute personality test! Pedidos de casamento fazem sucesso na internet; assista aos vídeos mais originais - Casamento.