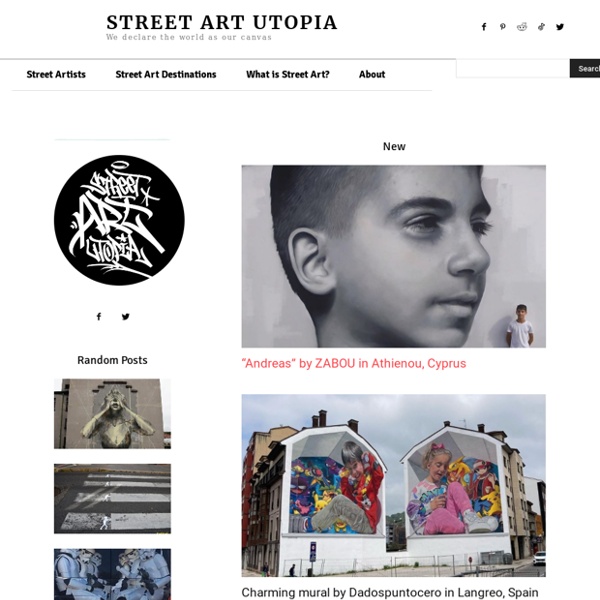 Free Online Spanish Games The games below are for mobile, tablet and PC. Each game has numerous categories including adjectives, adverbs, verbs, nouns, por vs para and many more. Click on any game link below to see the categories associated with that game. The fun Spanish games below are for teens and adults - not for children. Street Art In the first commission to use the building’s iconic river façade, and the first major public museum display of street art in London, Tate Modern presents the work of six internationally acclaimed artists whose work is intricately linked to the urban environment: Blu from Bologna, Italy; the artist collective Faile from New York, USA; JR from Paris, France; Nunca and Os Gemeos, both from São Paulo, Brazil and Sixeart from Barcelona, Spain. You can also take the Street Art Walking Tour: an urban tour of site-specific art from a group of five Madrid-based street artists: 3TTMan, Spok, Nano 4814, El Tono and Nuria – a map will be available in the gallery. Various events will take place during the exhibition, including an interactive evening with experimental New York artists Graffiti Research Lab, refacing Tate Modern with graffiti light projections.

LIFX: The Light Bulb Reinvented by Phil Bosua LIFX is the smartest light bulb you've ever experienced. It's a wifi-enabled, energy efficient, multi-colored bulb that you control with your iPhone or Android. LIFX gives you unprecedented control of your lights, reduces your energy costs, lasts up to 25 years and delivers an amazing range of experiences we think you’ll love. LIFX is incredibly easy to set-up. Simply replace your existing bulbs with LIFX smartbulbs, download and install our free app from the App Store or Google Play and you're good to go.

We declare the world as our canvas More info. More info. More Banksy on Street Art Utopia. NLP Presupposition: The Map is Not the Territory, by John David Hoag Our brains will use whatever maps we give them. NLP's 1933 roots and why eating menus isn't pretty A founding principle of NLP, the distinction between a map and a territory made its debut in Alfred Korzybski's 1933 seminal work, Science and Sanity: An Introduction to Non-Aristotelian Systems and General Semantics. The idea seems simple enough -- who, after all, would confuse a roadmap with a road, or a menu with a meal? Yet Korzybski observed that people often confuse what they think with 'reality'.

Great street art of 2012 by Anorak | 19th, November 2012 GREAT Street art: Spotter: StreetUtopia Anorak containerbay There is growing interest in the use of shipping containers as the basis for habitable structures. These "icons of globalization" are relatively inexpensive, structurally sound and in abundant supply. Although, in raw form, containers are dark windowless boxes (which might place them at odds with some of the tenets of modernist design...) they can be highly customizable modular elements of a larger structure. The projects below are sorted alphabetically (by company or designer's name). In addition to the container-based projects listed below we offer links to useful web sites and relevant books. Selected projects utilizing shipping containers.

Ikonen: History's Classic Images, Re-Created in the Studio - Photographs by Jojakim Cortis And Adrian Sonderegger In 2012, Swiss-based artists Jojakim Cortis and Adrian Sonderegger presented themselves with a challenge: to recreate some of the world's most iconic images in their studio. In a bit of self-deprecating irony, they decided to start with the world's most expensive photograph (at the time), Andreas Gursky's Rhein II. After all, the money wasn't coming in for their own work, but at least they could have some fun. The positive feedback they received after the first image was enough: with this initial success, they decided to deepen the series. But they quickly realized they needed a new metric besides expense—many of the other images on the list were simply too hard to reproduce using the same methods. So they began trawling through books filled with history's most memorable photographs and picking out ones which caught their eye.