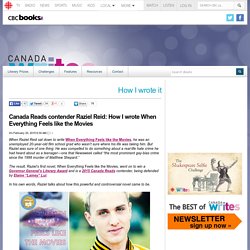 But Raziel was sure of one thing: He was compelled to do something about a real-life hate crime he had heard about as a teenager—one that Newsweek called “the most prominent gay-bias crime since the 1998 murder of Matthew Shepard.” In his own words, Raziel talks about how this powerful and controversial novel came to be. KEEPING IT REAL I'll never forget the moment this novel was born. I was in high school, and I was skipping class and watching The Ellen DeGeneres Show. She usually opens her show with a comedic monologue, but on this episode she looked into the camera and talked about the murder of Larry Fobes King, a young gay teen who was shot dead by the classmate who he had asked to be his Valentine. I started sending the book out to agents and publishers from the very first draft, which was a huge mistake. Queer Author Faces Backlash With Children's Pride Book. A 28-page LGBTQ-themed ABC book has fired up controversy among the school board and parents. 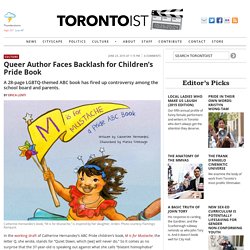 By Erica Lenti Catherine Hernandez’s book, “M is for Mustache,” is inspired by her daughter, Arden. Photo courtesy Flamingo Rampant. In the working draft of Catherine Hernandez’s ABC Pride children’s book, M is for Mustache, the letter Q, she wrote, stands for “Quiet Down, which [we] will never do.” So it comes as no surprise that the 37-year-old is speaking out against what she calls “blatant homophobia” following thwarted attempts to read the book this month at some Toronto public schools. M is for Mustache is a 28-page children’s picture book inspired by Hernandez’s daughter, Arden, and her experience at Pride, where she has been dubbed the “Tyke on a Bike for the Dyke March.”

Hernandez says that, in light of the book’s launch this month, she offered free readings to public schools in the city. Arsenal Pulp Press Contributor Info Page. Brian Francis. Mariko Tamaki. Kathy Stinson ~ Turning the Pages. Glen Huser - Author: Home. I think I’ve always felt most at home amongst words and pictures so, with these trusty friends at hand, I invite you to visit. 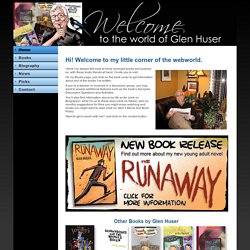 On my Books page, just click on the book cover to get information about any of the books I’ve written. If you’re a teacher or involved in a discussion group, you may want to access additional features such as the book’s Synopsis, Discussion Questions and Activities. You’ll also find information about my life so far (click on Biography), what I’m up to these days (click on News), and my monthly suggestions for films you might enjoy watching and books you might want to read (click on Glen’s Movie and Book Picks). Want to get in touch with me?

Just click on the contact button. Carrie Mac - Official website of author Carrie Mac. Robin Stevenson - writing for kids and teens. Sophie Labelle. Nice Mangos: My Chacha is Gay. I've written and drawn a rather impossible children's book to get published in Pakistan. 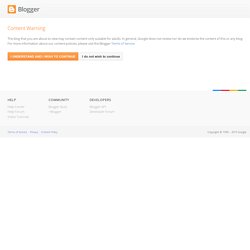 No one would want to touch this with a ten foot pole, I'm sure...some day perhaps. And no unfortunately, 'The West' did not pay me to spread this immorality and taint Pakistan. ;) Would've been nice though. There is no denying that we are a homophobic nation. And an oddly homophobic nation at that, where same sex experimentation is sometimes temporarily ok amongst boys, because they don't have access to girls (girls however, must remain virgins till they are sold wed). A nation where two men walking down the street holding hands is perfectly acceptable, but a straight couple might get shot for doing that (I honestly almost got driven over for holding my husband's hand while crossing the street, full burqa'd woman called me a slut through the window as she drove into us, forcing us to let go of each other). Cory Silverberg and Fiona Smyth. S. Bear Bergman - Author, Storyteller, Educator. Gay B.C. children's author, Robert Joseph Greene, says he's received threats from Russia.

A British Columbia author known for his gay literature says he's been receiving threats from Russia, where new controversial anti-gay laws has been drawing the ire of gay rights groups for weeks now. 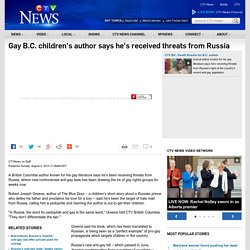 Robert Joseph Greene, author of The Blue Door – a children’s short story about a Russian prince who defies his father and proclaims his love for a boy -- said he's been the target of hate mail from Russia, calling him a pedophile and claiming the author is out to get their children. "In Russia, the word for pedophile and gay is the same word," Greene told CTV British Columbia. "They don’t differentiate the two. " Greene said his book, which has been translated to Russian, is being seen as a "perfect example" of pro-gay propaganda which targets children in the country.

Russia’s new anti-gay bill – which passed in June, drawing condemnation from a number of countries -- makes it illegal to host gay pride rallies and to speak to minors about homosexuality.