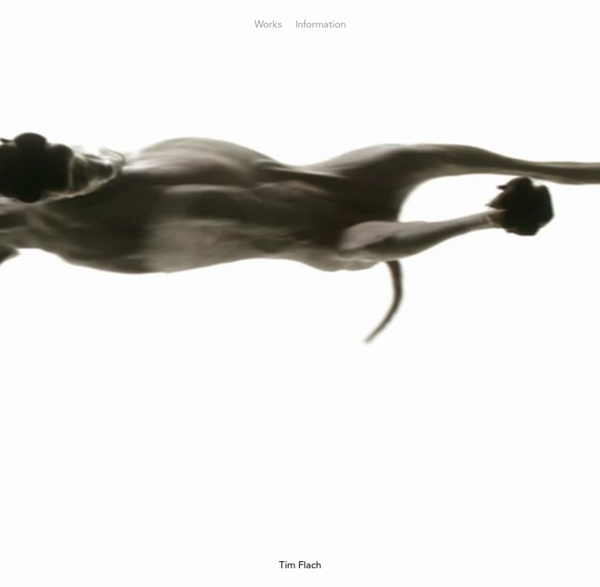 12 Myths That Movies Made Us Believe We’ve learned lots of ‘useful’ information from watching movies. For example, how to effectively shoot back at an enemy, and how to fly away in a spaceship through an asteroid belt. But the big screen misleads us a lot, so over the years many myths were created that we still believe. Bright Side decided to find out what’s true and what’s not in the movies.

Tamara Staples - animal - poule - chicken - food I came to know about the chickens through my uncle, a lifelong hobbyist. I was struck by the variety of shapes and colors of the birds, but I was moved by the individual personalities. My intent in photographing these birds was to create a portrait. I have great respect for their profound history, the utilitarian aspect of their physiology, and the care and passion that goes into the breeding of each variety. At poultry shows all over the world, known as The Fancy, chickens of all shapes, colors and sizes await their judgment. There is an existing framework, a culture really, that aims to perfect these birds by breeding them based on a book entitled, The Standard of Perfection.

Fractal World Gallery Thumbnails : cosmic recursive fractal flames or flame fractals Fractal World Gallery contains a collection of Pure flame fractals, fractal flame composites, fractals, etc: established 1998 Flame Fractals date from 1998 to the Present. by Cory Ench © 2007 Images from this gallery may only be used with artist's permission Fractal software includes Frax Flame and Apophysis for cosmic recursive fractal flames. FAQ I CONTACT I PRINTS More artwork by Cory Ench at www.enchgallery.com 164 images in room 7 click on the thumbnails for full view fractal image Create paintings from photos Did you ever wanted to be a great artist? But unfortunately you are really bad at it? Well that's ok because now with Psykopaint you can be a great artist with no skills.

Ansel Adams Ansel Easton Adams (February 20, 1902 – April 22, 1984) was an American photographer and environmentalist. His black-and-white landscape photographs of the American West, especially Yosemite National Park, have been widely reproduced on calendars, posters, and in books.[1] With Fred Archer, Adams developed the Zone System as a way to determine proper exposure and adjust the contrast of the final print. The resulting clarity and depth characterized his photographs. Adams primarily used large-format cameras because their high resolution helped ensure sharpness in his images. Adams founded the Group f/64 along with fellow photographers Willard Van Dyke and Edward Weston. La vie secrète des chats – Visualiser leurs déplacements nocturnes grâce au GPS Cats love to wander — but just how far they go is pretty wild. More than one dozen cats were fitted with GPS trackers to show the distance they roam from their homes. The end result was a series of maps, which provide fascinating insight into the travelling habits of felines.

Nature Photographer 2017 Every year, photographers around the world are waiting for the opportunity to send their pictures to National Geographic’s prestigious Photo Contest. Show Full Text The following images were chosen to be the finalists for their beauty, composition, precision and originality. Despite of being in the end, the contest is still receiving photographs until November 17th in four categories: wildlife, landscapes, aerials and underwater. More info: photography.nationalgeographic.com Image credits: www.facebook.com Home - AmO Images: Capturing the Beauty of Life - AmO Images: Capturing the Beauty of Life Gleb Goloubetski was born in 1975 in Omsk, Russia, a Siberian town. His father, who died when Gleb was six, was a merited artist of the Soviet Union, and his grandfather was an architect. His mother currently owns a gallery in Omsk. Gleb's talent was discovered during his early childhood and he began selling his work at the age of 15. He studied at an art academy in St Petersburg, and from 1989 to 1995 continued as a student in the master class of Valerij Kullkov.

The Photo-Realistic Pastel Drawings of Ruben Belloso Adorna Ruben Belloso Adorna, a young artist from Seville, Spain, has taken the art world by storm with his incredibly detailed portraits of real-life and fictional characters drawn exclusively in pastel on wooden canvas. Painting hyper-realistic works of art with oil paints requires great talent and skill, but drawing them with pastel sticks and crayons seems almost impossible. It appears the word “impossible” is not in Ruben Belloso Adorna’s dictionary, as the young Spanish artist manages to create stunning photo-quality masterpieces using only pastels. Born in 1986, he studied Fine Arts at the University of Seville, and has already made a name for himself in the art world, participating in numerous solo and group exhibitions, and winning several awards. Looking at the quality of his colorful drawings, and the way he is able to bring out the emotions of his subjects, it’s easy to see why many are already calling Ruben a genius of the 21st century.

Andreas Gursky Andreas Gursky, 99 Cent II Diptychon, 2001, C-print mounted to acrylic glass, 2x 207 x 307 centimeter. Andreas Gursky, Chicago Board of Trade II, 1999, C-print mounted to plexiglass in artist's frame 73 x 95 inches. Andreas Gursky, Rhein II, 1999, C-print mounted to plexiglass in artist's frame, 81 x 140 inches. Meta-Perception – Des casques étranges pour voir le monde comme les animaux The Meta-Perceptual Helmets are the ultimate chapter in our exploration of what we call the art of looking, a notion that the artwork is only brought to life by observer participation. With the helmets we have tried to make a perfect loop of looking and being looked at. Wheeler placed the observer at the centre of the universe, we are placing the spectator at the centre of the artwork. The project takes as a starting point the pioneering experiments in perceptual adaptation carried out by psychologist George Malcolm Stratton in the early twentieth century. Stratton wore special glasses which inverted images up and down and left and right for over a week, and discovered that the human brain could adapt to these new conditions.