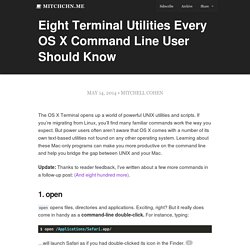 If you’re migrating from Linux, you’ll find many familiar commands work the way you expect. But power users often aren’t aware that OS X comes with a number of its own text-based utilities not found on any other operating system. Learning about these Mac-only programs can make you more productive on the command line and help you bridge the gap between UNIX and your Mac. Update: Thanks to reader feedback, I’ve written about a few more commands in a follow-up post: (And eight hundred more). 1. open open opens files, directories and applications.

Reality Distortion: Macs, Mac OS X, and Apple stuff. (This one has been driving me nuts for weeks…) My new MacBook Pro came with iMovie ’09, so I decided to edit some 3-year-old DV tapes of my son that I still hadn’t dealt with. 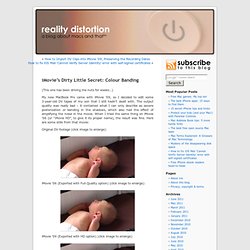 The output quality was really bad – it contained what I can only describe as severe posterization or banding in the shadows, which also had the effect of amplifying the noise in the movie. When I tried the same thing on iMovie ’06 (or “iMovie HD”, to give it its proper name), the result was fine. Here are some stills from that movie: Original DV footage (click image to enlarge): 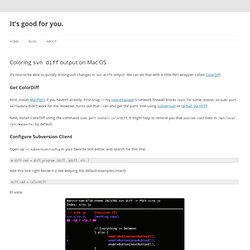 We can do that with a little Perl wrapper called ColorDiff. Get ColorDiff First, install MacPorts if you haven’t already. First snag — my new employer‘s network firewall blocks rsync for some reason, so sudo port selfupdate didn’t work for me. However, turns out that I can also get the ports tree using Subversion or tarball via HTTP. Next, install ColorDiff using the command sudo port install colordiff. Configure Subversion Client. Osx softwares. Sniff Your iPhone's Network Traffic. Ever wanted (or needed) to see your iPhone’s network traffic? 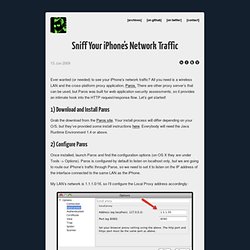 All you need is a wireless LAN and the cross-platform proxy application, Paros. There are other proxy server’s that can be used, but Paros was built for web application security assessments, so it provides an intimate hook into the HTTP request/response flow. Imovie09tricks - karsten schluter's iMovie site. First of all – I do recommend Aaron’s website unlockingimove.com he offers excellent support for many less known features of iM09. 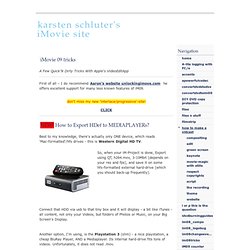 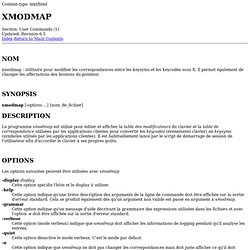 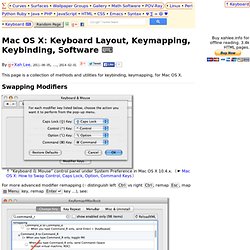 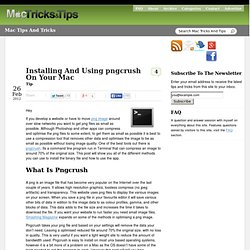 Although Photoshop and other apps can compress and optimise the png files to some extent, to get them as small as possible it is best to use a compression tool that removes other data and optimises the image to be as small as possible without losing image quality. One of the best tools out there is pngcrush. Its a command line program run in Terminal that can compress an image to around 70% of the original size. Turn Off the New "Elastic Scrolling" in OS X Lion. I agree. 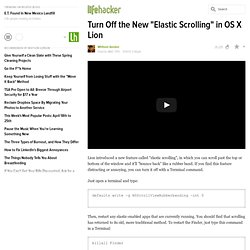 I love elastic scrolling and inverted "natural" scrolling. On my trackpad, BOTH make perfect sense and anyone who doesn't get it... doesn't get it. That's all I can say. With a scroll wheel, you roll down the page so you spin it down. On a trackpad, you're MOVING the page with your fingers. At least they're both options. It's interesting to hear different peoples' perspectives on this. This is one of the annoying features of Lion and Mountain Lion for me. Mac OS can't detect any interface - Wireshark Q&A. 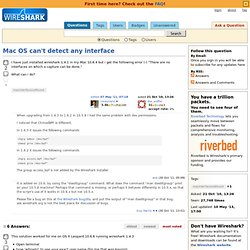 Move and click the mouse via code. Most OS X apps can have their interface elements accessed by AppleScript, and so anything can be scripted. Unfortunately, not all apps use an Aqua interface, especially games with game-engine-rendered interface elements. This means AppleScript can't find buttons, etc., to click on, and you're out of luck trying to automate actions. Recently, I was given the unpleasant task of automating actions in such unfriendly apps. Scipy Superpack. How to solve "assembler for architecture ppc not installed" errors after installing XCode4.