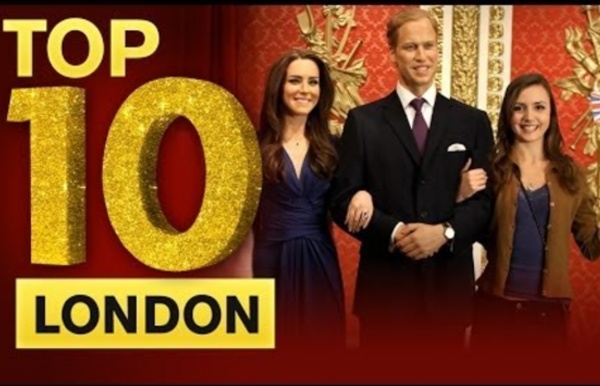 25 maps that explain the English language English is the language of Shakespeare and the language of Chaucer. It’s spoken in dozens of countries around the world, from the United States to a tiny island named Tristan da Cunha. It reflects the influences of centuries of international exchange, including conquest and colonization, from the Vikings through the 21st century. Here are 25 maps and charts that explain how English got started and evolved into the differently accented languages spoken today. The origins of English

The crayola-fication of the world: How we gave colors names, and it messed with our brains (part I) “Who in the rainbow can draw the line where the violet tint ends and the orange tint begins? Distinctly we see the difference of the colors, but where exactly does the one first blendingly enter into the other? So with sanity and insanity.”—Herman Melville, Billy Budd Spectral Rhythm. Listening: A Tour of London Tower Bridge, London (Copyright: Getty) When you visit a city for the first time, a good way to explore it is to go on an organised sightseeing tour. The tour will give you an overview of what there is to see and also provide you with some historical background. A popular way of seeing London is to go in one of the red double deck buses. This tour will take you around London by bus.

Dr. Martin Luther King Jr. Articles & Videos Skip to main content <div id="nojs-warning">WARNING: Javascript must be enabled for the correct page display</div> Sign InRegister ReadWorks.org Access VG1: Extra text: English in Jamaica The story of how English came to Jamaica is closely connected to one of the most shameful chapters in the history of the British Empire: the slave trade. The British conquered Jamaica from Spain in 1692 and the island soon became a producer of sugar. Harvesting sugar cane requires a lot of manpower, more than the British could supply themselves.

EWG's 2013 Shopper's Guide to Pesticides in Produce™ EWG's 2013 Shopper's Guide to Pesticides in Produce™ Eat fruits and vegetables! The health benefits of a diet rich in fruits and vegetables outweigh the risks of pesticide exposure. webquest london name class email let's discover the United Kingdom ! version imprimable : word open office what do you know about the United Kingdom ? EnglishLink.Com 100% Free English Lessons No timetables, no fees. Improve your English grammar, speaking, pronunciation, vocabulary, reading, listening and writing. Start learning English now Try our 30-minute example English lesson See how we teach English. Wonderfully Witty Dog Portraits by Ron Schmidt Though we've seen a lot of dog portraits in our time (see here, here and here) these might just take the cake as the most creative ever. Ron Schmidt is the person behind the company Loose Leashes, an online shop where he sells funny prints of our furry friends in wonderfully witty scenarios. Dog person or not, you can't help but fall in love with these photos. As he told Dogster, “All the images represent the freedom that a dog would have without someone holding its leash. These are the things dogs would do if no one was around and they had absolute freedom.”

7 Proposed Explanations for the Loch Ness Monster Let’s discuss the Loch Ness phenomenon. Does a mysterious beast really patrol one of Scotland’s deepest lakes? Or do any of these less fanciful explanations hold water? You be the judge. Free PowerPoint to Flash Converter That Really Works iSpring Pro goes far beyond PowerPoint to Flash Converter. It provides versatility that will give your content an upgrade it deserves. 1. Audio and Video Narrations To make your presentation more dynamic and interactive, enrich it with voice overs and video narrations.

Story of Stuff The Story of Stuff, originally released in December 2007, is a 20-minute, fast-paced, fact-filled look at the underside of our production and consumption patterns. The Story of Stuff exposes the connections between a huge number of environmental and social issues, and calls us together to create a more sustainable and just world. It’ll teach you something, it’ll make you laugh, and it just may change the way you look at all the Stuff in your life forever. Download the Fact Sheet Credits

Tartan, kilts & Scottish national dress Name five iconic things about Scotland, and chances are one of them will be tartan or a kilt! We're well known for men in kilts, but it's so much more than just something to wear - it's a historic piece of clothing which has stood the test of time. These days you can find tartan in even designer collections, high street stores or homewares. But it all started here in Scotland, hundreds of years ago. 5 Ways to View PowerPoint Presentation on iPad Have a pile of PowerPoint presentation files and wanna view them on your new iPad? Though playing PowerPoint presentation on iPad is wanted for most iPad users, Apple doesn't have a plan to develop any tool for it. The good news is that with some wordarounds, you can view PowerPoint on iPad freely. Below 5 ways are introduced for you to play PPT on iPad.