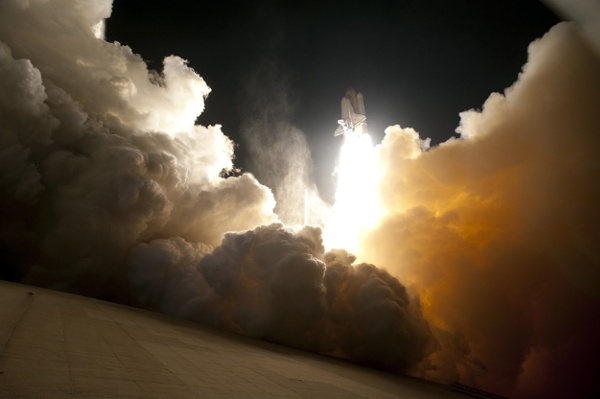 2011 May 7 - Dawn of the Planets Discover the cosmos! Each day a different image or photograph of our fascinating universe is featured, along with a brief explanation written by a professional astronomer. 2011 May 7 21 Unbelievable Photographs of Mars Mars is the fourth planet from our Sun in the Solar System. Out of the various planets and moons in our Solar System, Mars perhaps bears the most similarity to Earth, featuring an atmosphere, polar ice caps, and remnants of tectonic activity on the planet’s surface. Mars has fascinated both astronomers and the general public for years, and has been the subject of countless movies and fiction works. Currently, several nations in the world are planning to send missions to Mars for exploration, and NASA’s Spirit Rover recently ended a 6 year exploration of the surface after becoming trapped in sand.

lake tekapo in new zealand photo Random photo Submit your photo Stumble Thru landscape photography Tags: 46 Fabulous Photos of Endeavour’s Last Ever Spacewalk May 27th, 2011: the last spacewalk for NASA’s Endeavour astronauts. Here, a fish-eye lens attached to an electronic still camera was used to capture this image of NASA astronaut Michael Fincke (top center) during the mission’s fourth session of extravehicular activity (EVA) as construction and maintenance continued on the International Space Station. Photo #1 by NASA A bright sun, a portion of the International Space Station and Earth’s horizon are featured in this image photographed by a spacewalker during the STS-134 mission. Photo #2 by NASA

3D Space Scene HD Wallpapers DMCAPrivacy policy All submitted content remains copyrighted to its original copyright holder. Images are for personal, non commercial use. The Galaxy Wars! Astronomer's are discovering almost daily that galaxies are voraciously hungry entities, growing by merger and acquisition, Here, a pair of galaxies NGC 1531/2, are engaged in a deadly waltz, located about 70 million light-years away towards the southern constellation Eridanus (The River). The deformed foreground spiral galaxy laced with dust lanes NGC 1532 is so close to its companion — the background galaxy with a bright core just above the centre of NGC 1532 — that it gets distorted: one of its spiral arms is warped and plumes of dust and gas are visible above its disc. The cosmic fandango leads to another dramatic effect: a whole new generation of massive stars were born in NGC 1532 because of the interaction. They are visible as the purple objects in the spiral arms. This exquisite image was made using the 1.5-metre Danish telescope at the ESO La Silla Observatory, Chile. It is based on data obtained through three different filters: B, V and R.

Albino Animals — Animal Talk - StumbleUpon Birdwatchers are rushing to Avebury, near Marlborough, Wiltshire to hopefully catch a glimpse of a rare albino jackdaw. Author Andrew Collins was the first to photograph the bird which locals have named Jackie. Other fabulous albino animals include: According to Wikipedia there is no reported case of a true “albino” horse even though white horses have been referred to as albino in literature and some registries. All so-called “albino” horses have pigmented eyes, usually brown or blue, and thus are not true albinos. Many albino mammals, such as mice or rabbits, typically have a white hair coat, unpigmented skin and reddish eyes.

Top 20 Earth Pictures found on Stumble Upon Everybody knows that Stumbleupon is an great source for beautiful photography, nature, pets, arts and much more. They have millions of users and they are probably the most wide used source for finding quality content. Today, we collected 20 popular photographs from Stumbleupon. Most of them have been seen for more than million times each. We hope you’ll enjoy…