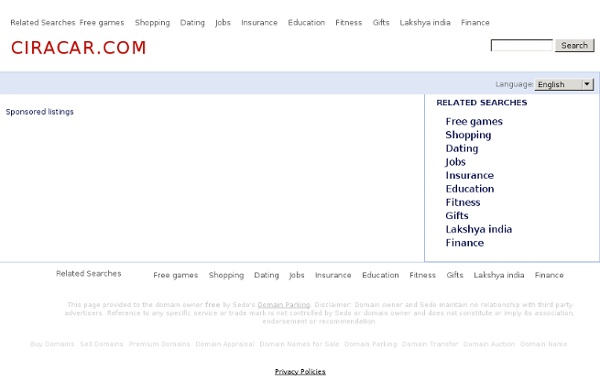 Switzerland Switzerland In June 2011, we spent a week in Switzerland, flying into Geneva, with an initial stop in Montreux, followed by a picturesque stay in Wengen, located above the Lauterbrunnen valley. The alps provided a stunning backdrop to explore the area. During our stay in Wengen, a small village that is accessible by train or foot, the main sound heard was cow bells.

A Father Who Creatively Captures His Kids (20 photos) If there was a prize that could be given out to the most creative father, I'd hope that it was awarded to Jason Lee. A wedding photographer by day, he's used to capturing some of the most important moments in a couple's lives. As a longtime fan of Jason's photos on Flickr however, I think the real magic happens when he turns the camera onto his daughters. Big Doodle Big sharpie doodle! Big Doodle - sharpie on mat board - 40" x 32" Artwork © Lawrence Yang 2009 my blog | my site | purchase inquiries 30 Most Incredible Photographs of Volcanic Eruptions Puyehue Volcano, Chile – Photograph by CLAUDIO SANTANA/AFP/GETTY IMAGES The recent photographs from the volcanic eruption in Chile stirred up memories from last year’s disruptive volcano in Iceland as well as the incredible undersea volcano in Tonga the year prior. When volcanoes erupt, it’s a startling reminder to the awesome and terrifying power of Nature. From enormous plumes of ash to spewing lava and the menacing look of volcanic lightning, eruptions are a nature photographer’s dream. Here is a collection of the 30 most incredible photographs of volcanic eruptions both past and present. Enjoy!

10 craziest hotels in the world. Hôtel de Glace, Canada – an ice hotel opened only during winter Made entirely of ice and snow, this unique one-story structure has been rebuilt each year since 2000. The 9th season of the Ice Hotel lasted from January 4th through March 29th 2009. The Ice Hotel has become an unparalleled and world-famous winter experience. 2010 February 13 - Waterway to Orbit Discover the cosmos! Each day a different image or photograph of our fascinating universe is featured, along with a brief explanation written by a professional astronomer. 2010 February 13 17 Images You Won't Believe Aren't Photoshopped (Part 7) Salvador Dali's Melting Train Tracks These funhouse-mirror railroad tracks are a reminder that Mother Nature pretty much laughs at the things we build. What you're seeing is the aftermath of a recent earthquake in New Zealand. We feel sorry for those two guys in orange who apparently have been tasked with re-straightening the tracks with their bare hands.

The iQ Alarm Clock by Oliver Sha & Yanko Design Morning Brain Teasers Dare to get the iQ Alarm clock only if you’re smarter than a fifth grader. The clock has no snooze button so instead, challenges you with brain teasers to shut the damn thing off! Expect to wake up to questions like “What’s your favorite Design Blog?” 30 Best Earth Pictures of the Week – April 24th to May 01th 1. The Blue Dragon by Steve Richards 2. Shore in Seychelles

The 40 Most Spectacular and Mindblowing Photos of Nature A lifetime is not enough to see what nature has to offer and all its beauties, along with its weirdness at times. There’s always something new happening in the world that people can hardly explain and sometimes mysteries are never solved. Pxleyes presents a stunning showcase of 40 images dedicated to the spectacular nature events from all over the world: a show of natural lights and colors, impressive rocky mountains and structures, tons of beautiful blue eyes and many other interesting elements, some almost unheard of. All images show only NATURAL elements, non altered by human hand or post editing software! It is all genuine and happening somewhere in the world.