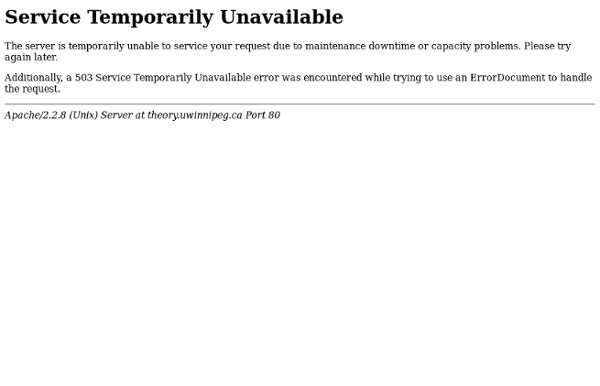 On the Electrodynamics of Moving Bodies By A. Einstein June 30, 1905 It is known that Maxwell's electrodynamics—as usually understood at the present time—when applied to moving bodies, leads to asymmetries which do not appear to be inherent in the phenomena. Take, for example, the reciprocal electrodynamic action of a magnet and a conductor. The observable phenomenon here depends only on the relative motion of the conductor and the magnet, whereas the customary view draws a sharp distinction between the two cases in which either the one or the other of these bodies is in motion. For if the magnet is in motion and the conductor at rest, there arises in the neighbourhood of the magnet an electric field with a certain definite energy, producing a current at the places where parts of the conductor are situated. § 1. If we wish to describe the motion of a material point, we give the values of its co-ordinates as functions of the time. from A towards B, let it at the “B time” § 2. (a) (b) , let it be reflected at B at the time . where

Science & Technology © AlamyProduction of blood on an industrial scale could become a reality, It is the stuff of gothic science fiction: men in white coats in factories of blood and bones. But the production of blood on an industrial scale could become a reality once a trial is conducted in which artificial blood made from human stem cells is tested in patients for the first time. It is the latest breakthrough in scientists' efforts to re-engineer the body, which have already resulted in the likes of 3d-printed bones and bionic limbs. Marc Turner, the principal researcher in the £5 million programme funded by the Wellcome Trust, told The Telegraph that his team had made red blood cells fit for clinical transfusion. Prof Turner has devised a technique to culture red blood cells from induced pluripotent stem (iPS) cells - cells that have been taken from humans and 'rewound' into stem cells.

Sean Carroll: Lecture Notes on General Relativity These lecture notes are a lightly edited version of the ones I handed out while teaching Physics 8.962, the graduate course in General Relativity at MIT, during Spring 1996. Each of the chapters is available here as pdf. Constructive comments and general flattery may be sent to me via the address below. The notes as a whole are available as gr-qc/9712019, and in html from "Level 5" at Caltech. What is even more amazing, the notes have been translated into French by Jacques Fric. Je ne parle pas francais, mais cette traduction devrait etre bonne. Dates refer to the last nontrivial modification of the corresponding file (fixing typos doesn't count). In a hurry? While you are here check out the Spacetime and Geometry bibliography page -- an annotated bibilography of technical and popular books, many available for purchase online. 1.

Physics Flash Animations We have been increasingly using Flash animations for illustrating Physics content. This page provides access to those animations which may be of general interest. The animations will appear in a separate window. The animations are sorted by category, and the file size of each animation is included in the listing. Also included is the minimum version of the Flash player that is required; the player is available free from In addition, I have prepared a small tutorial in using Flash to do Physics animations. LInks to versions of these animations in other languages, other links, and license information appear towards the bottom of this page. The Animations There are 99 animations listed below. Other Languages and Links These animations have been translated into Catalan, Spanish and Basque: En aquest enllaç podeu trobar la versió al català de les animacions Flash de Física. These animations were written by David M.

Newton Papers Cambridge University Library holds the largest and most important collection of the scientific works of Isaac Newton (1642-1727). Newton was closely associated with Cambridge. He came to the University as a student in 1661, graduating in 1665, and from 1669 to 1701 he held the Lucasian Chair of Mathematics. Under the regulations for this Chair, Newton was required to deposit copies of his lectures in the University Library. In 1699 Newton was appointed Master of the Mint, and in 1703 he was elected President of the Royal Society, a post he occupied until his death. After his death, the manuscripts in Newton's possession passed to his niece Catherine and her husband John Conduitt. In 1872 the fifth earl passed all the Newton manuscripts he had to the University of Cambridge, where they were assessed and a detailed catalogue made. The remainder of the Newton papers, many concerned with alchemy, theology and chronology, were returned to Lord Portsmouth. See also