The Story of Your Enslavement 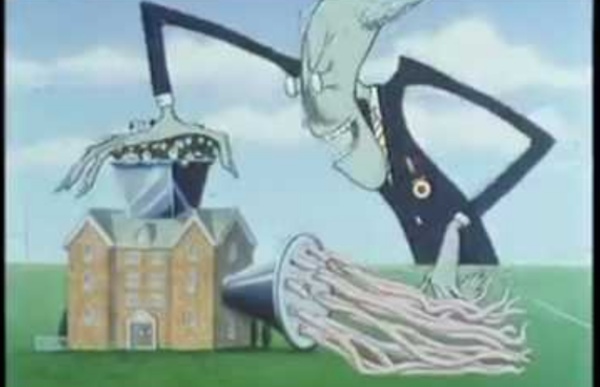 Cancer, a Man-Made Disease December 03, 2010 | 336,092 views Share A study of ancient bodies has determined that cancer is a man-made disease, one fueled by the excesses. Tumors turn out to be extremely rare until very recent times, when pollution and poor diet became issues. Researchers analyzed potential references to the disease in classical literature, and also searched for signs in the fossil record and in mummified bodies.

Film Editing School. Learn to Edit Film and Video In many ways the film editor is the most misunderstood of all filmmakers. Often considered just a film technician, a good editor is, without doubt, much more than that. He or she is also a qualified storyteller of the highest order. Yes, the film editor assembles all of the footage that the director has shot, but it is his job to put it together in a manner that will keep the audience guessing and craving more. It is no wonder that within the film community, a good editor is highly revered, and considered a magician with the power to make or break a film.

Centuries of open justice threatened by secret courts - Home News, UK Civil courts, immigration panels and even coroner's inquests would go into secret session if the Government rules that hearing evidence in public could be a threat to national security. The proposals, which run counter to a centuries-old British tradition of open justice, were introduced to a sparsely attended House of Commons yesterday by the Justice Secretary, Ken Clarke – and met almost no opposition. The planned changes to the British justice system follow lobbying of the Government by the CIA. Civil rights groups warned a serious potential threat to individual liberty lurked behind the all-party consensus. Mr Clarke is seeking to protect the Government from a repeat of a fiasco which has cost tens of millions of pounds and led to a breakdown in co-operation between British intelligence and an enraged CIA.

Police gun down man in street, threaten to shoot witnesses for filming incident (NaturalNews) When Narces Benoit decided to use his cell phone to film Miami Beach police officers gunning down a man sitting in a parked car early Monday morning, he had no idea the same cops would eventually target him as well. According to video evidence and witness testimony, officers pointed a gun at Narces and his girlfriend, threw them to the ground, destroyed his camera and what they thought was the footage he captured, and handcuffed and arrested the couple, all because Narces happened to capture indicting video evidence of the officers' heinous actions. The Miami Herald reports that Narces and his girlfriend were driving on Collins Avenue in South Beach, Fla., when they happened upon the shocking tail-end of a police chase involving Raymond Herisse, the suspect in question who had allegedly fled police following a scuffle. You can view the video footage for yourself here:

Giants Build the Ancient Pyramids of Egypt, Evidence Found The world has always been asking, “who built the great pyramids of Egypt.” Most people believe it was the Egyptians, however, there is some debate on when the actual pyramids were built. Some archaeologists say after carbon dating it seems to be around 7,000-10,000 years ago. However, other debate this and say that they are only a few thousand years old and Egyptians only came around about 3,000 years ago, so it couldn’t be older then that.

Bailiffs and debt collectors : Directgov - Money, tax and benefits A bailiff may visit your home if you don’t pay your debts - eg a Council Tax bill, parking fine, court fine, county court or family court judgment. This will happen if you ignore letters saying that bailiffs will be used. Bailiffs must normally give you at least 7 days’ notice of their first visit. You can stop bailiffs from visiting by paying the money you owe. Talk to the person or business you owe money to as soon as possible to get advice on how to pay your debt. Machine Stitched Hexagons Hi friends! Super quick post here sharing a project that I was inspired to make after coming home from Quilt Market – a mini using the awesome free mini charm pack that Carolyn Friedlander was handing out at her booth. A couple of you on Instagram asked how to make something like this so I wanted to share the link to the tutorial I made a while back so you could make one as well! I used 2.5″ squares of fabric with the above template size for making my hexagons. If you have any questions along the way email me or add a comment onto this post and I would be more than happy to help you out. I need some help from you – what should we call this hexagon method.

Publish Want to show off your photos of an event? Got audio or video that people just have to see? This is the place to put it. We want to hear your story. Worse than meltdown, government report says devastating 'melt-through' has occurred at Fukushima; Official suggests Japan could become 'uninhabitable' (NaturalNews) Recent reports confirming that Reactors 1, 2, and 3 of the Fukushima Daiichi nuclear facility completely melted just hours after the devastating earthquake and tsunami hit the area on March 11 ( have been trumped by even worse news that those same reactors have all likely "melted through," a situation that according to Japan's Daily Yomiuri DY is "the worst possibility in a nuclear accident." And senior political official Ichiro Ozawa suggested in an interview with The Wall Street Journal (WSJ) that the Fukushima situation could make the entire country of Japan "unlivable." A nuclear core meltdown involves nuclear fuel exceeding its melting point to the point where it damages the core, leaks out, and threatens to potentially release high levels of radiation into the environment. IAEA has already stated that the Fukushima disaster is at least as bad as the Chernobyl disaster ( but this new information now suggests that it is probably even worse.

13 World Mysteries Without Explanation Chinese mosaic lines These strange lines are found at coordinates: 40°27’28.56″N, 93°23’34.42″E. There isn’t much information available on these strange, yet beautiful mosaic lines carved in the desert of the Gansu Sheng province in China. Some records indicate they were created in 2004, but nothing seems official. Of note, these lines are somewhat near the Mogao Caves, which is a World Heritage Site.