Clone of a Cinnabon Recipe 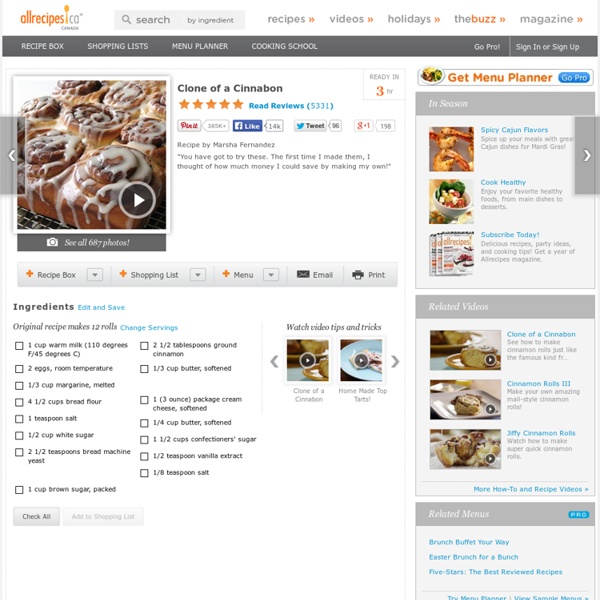 root beer float cupcakes It never takes long into the first hot week of the summer for me to get swept up in some sort of dorky nostalgia for a time or place I never knew, in this case, Main Street, U.S.A. with its drugstore soda counters counters, elaborate marble and stainless steel fountains manned by soda jerks serving five cent Cherry Cokes and root beers to bright-eyed youths that always said things like “Sir” and “Ma’am”. Of course, modern times call for modern formats, don’t they? Something you can pack up and bring to a barbecue or picnic? I started with a root beer cupcake, which was actually a chocolate root beer cupcake, adapted from the Root Beer Bundt Cake in one my favorite cookbooks that I so, so eagerly anticipate the follow-up to this fall, Baked. I then spent a ridiculous amount of time pondering the frosting. But something was still missing and so I began digging around my fridge until I unearthed a blazing red jar of maraschino cherries. And then more whipped cream… Eat immediately.

How to eat your favorite vegetable and your favorite dessert at the same time. - Something Edible Abstract: Those jumbo zucchinis that seem to be good for nothing but baked goods are always welcome in my kitchen. I like to let a few get out-of-control on purpose, just so I can heat up the house to make one of my all-time favorite baked goods: a Zucchini Chocolate Fudge Cake. This simple, yet decadent snack cake is a full pound of vegetables incognito; buried underneath a crispy-crunchy layer of vanilla sugar, melted chocolate and pecans. Purpose: This recipe is another one of my favorites that I pilfered from my Grandma's recipe box. Recipe: Jump to the detailed recipe. 1/2 cup butter (that's one stick; room temperature)1 1/2 cups sugar (12 oz by weight)2 eggs room temperature1 tsp vanilla 1 tsp cinnamon 1 Tbsp instant coffee 1/2 tsp salt 1 tsp baking soda 3 Tbsps cocoa powder 2 cups all-purpose flour (9 oz by weight)16 oz zucchini grated (about 4 cups loosely-packed) 3/4 cup pecans roughly chopped1 cup semi-sweet chocolate chips (half a 12 oz bag)2 Tbsps vanilla sugar Observation:

Taking The Risk Out Of Risotto Poisson Cru Recipe If French Polynesia had a national dish it would surely be poisson cru. While poisson cru literally means "raw fish" in French, it's less daring but tastier than the name suggests. The chunks of fresh fish are first marinated in lemon juice which "cooks" them slightly, are then mixed with fresh salad veggies and lastly doused in coconut milk. I have never met anyone who doesn't like poisson cru, it's on nearly every menu in the country and in a way its flavor defines Polynesia - sweet, refreshing, tender and exotic. Most of the time poisson cru is made with fresh tuna but it can be made with other fish too. Take the tuna chunks and soak in a bowl of seawater or lightly salted fresh water while you chop the tomatoes, onion, cucumber, carrot and bell pepper - locals swear this makes the fish more tender.

Cook the Book: Fried Stuffed Olives [Photograph: Caroline Russock] After frying up a batch of these Fried Stuffed Olives from David Leite's The New Portuguese Table, I hereby nominate them for a place in the bar snack hall of fame. Olives, cheese, cured pork, and roasted almonds make appearances at the cocktail hour spread, but not enough like this. Leite gives many options for stuffing your olives. As always with our Cook the Book feature, we have five (5) copies of The New Portuguese Table to give away this week.

Chocolate & Zucchini Cake An American friend once explained to me that nobody ever locks their car in her small town… except when it’s zucchini season. Leave your door unlocked then, and you risk coming back to find a crate of zucchini left on your passenger seat. You see, zucchini plants grow with supernatural vigor, and when harvest season comes around, gardeners are overloaded with their crop, so they’re desperately seeking ways to use it productively. Chocolate & Zucchini Cake To The Rescue! And one of the popular uses of a zucchini glut — aside from abandoning it on the steps of the church — is baking quick breads and cakes, including chocolate and zucchini cake, because everything tastes better with chocolate, even zucchini. I myself did not pick the name of my blog in reference to this cake: I chose it to illustrate the two sides of my culinary personality, my love of fresh, seasonal produce as well as my appreciation for desserts. It produces a delightfully fluffy cake with a crisp outer crust. Ingredients

Cinnamon Toast the Right Way Oooooh. You’re getting ready to get a taste of Me, Opinionated. Be sure to take a photo! You won’t see it very often. Lucky for you, I won’t be revealing my expert views on the environment, the stimulus, the new health care legislation, or whether Standard Poodles ever should have been cross-bred with Golden Retrievers. Did you know there’s a right way and a wrong way to make cinnamon toast? It’s sure a good thing I came into the picture. Before I show you THE right way to make cinnamon toast, I’m going to review a few different approaches so that we can do a compare/contrast at the end of this post. Butter a slice of bread. Combine sugar and cinnamon in a bowl… Stir it to combine. Sprinkle the cinnamon/sugar mixture on top of the butter, then pop it in the oven: 10 minutes at 350, then finish it off under the broiler (I’ll give you my reasons for this method later.) Butter a slice of bread, then pop it in a 350 degree oven for ten minutes. Then as soon as you remove it from the oven… Now.

Green Beans and Carrots in Charmoula Sauce Charmoula is a North African pesto of sorts, usually made from garlic, cumin, fresh herbs, oil, and lemon juice. Here, paprika adds a warm note to the mix. This vibrant side dish tastes great hot, warm, or at room temperature. Chop the garlic in a food processor. Add the cilantro and parsley and pulse until coarsely chopped. In a large pot fitted with a steamer insert, bring an inch of water to a boil over high heat. Toss the vegetables with about three-quarters of the charmoula sauce. Make Ahead Tips The charmoula sauce can be made one day ahead and refrigerated in an airtight container; let it sit out at room temperature for at least an hour before tossing it with the hot vegetables. Photo: Scott Phillips