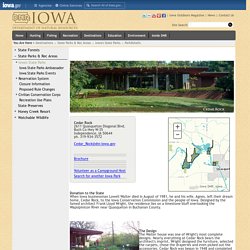 Designed by the famed architect Frank Lloyd Wright, the residence lies on a limestone bluff overlooking the Wapsipinicon River near Quasqueton in Buchanan County. The Walter house was one of Wright's most complete designs. Nearly everything at Cedar Rock bears the architect's imprint. Wright designed the furniture, selected the carpets, chose the draperies and even picked out the accessories. Cedar Rock was begun in 1948 and completed in 1950. The Walter house is an example of a simplified style of house Frank Lloyd Wright developed and called "Usonian".

The view of the river and wooded valley, through the Garden Room's three glass walls, is breathtaking. The Walters were justifiably proud of Cedar Rock. Important Detour Information. Valle Drive-In: Newton, Iowa. Summer Fun: Get Inspired: Regional Iowa Fun. Back to Main Summer Fun page In addition to the parks, campgrounds and trails that draw crowds during the summer, check out these attractions opening their doors to summer travelers. 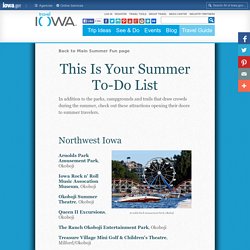 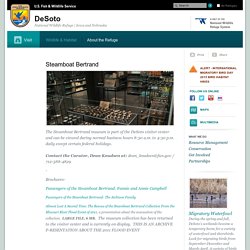 On April 1, 1865, the sternwheeler hit a submerged log, thirty miles north of Omaha, Nebraska. Iowa State Parks. Off the Beaten Path: Visit an Old Time Soda Fountain Shop. No one can relive his or her childhood but I don’t mind trying. 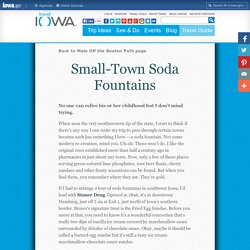 When near the very southwestern tip of the state, I start to think if there’s any way I can route my trip to pass through certain towns because each has something I love -- a soda fountain. Not some modern re-creation, mind you. Uh-uh. Those won’t do. I like the original ones established more than half a century ago in pharmacies in just about any town. If I had to arrange a tour of soda fountains in southwest Iowa, I’d lead with Stoner Drug. The next stop is just 11 miles away where PENN DRUG sits on the Sidney town square, facing the Fremont County Courthouse which was built in 1889. Now go east 15 miles to Shenandoah and on the main downtown drag called West Sheridan Avenue you’ll find George Jay Drug.

Finally, head up to U.S. 34 and then east to Corning, about 48 miles away to reach the last soda fountain in this part of Iowa -- McMahon Pharmacy on Davis Avenue. National Mississippi River Museum & Aquarium. 3 Great State Parks. Back to Main Family Fun page One weekend. 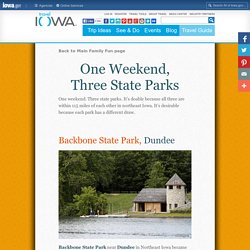 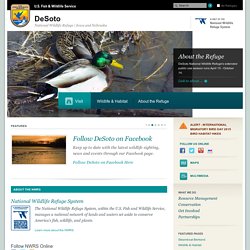 Monarch butterflies are returning to our region in search of milkweed to lay their eggs on. Keep a sharp eye out and you might just see one! Welcome Home Monarchs Follow DeSoto on FacebookKeep up to date with the latest wildlife sighting, news and events through our Facebook page.Follow DeSoto on Facebook Here Visit Boyer Chute NWRThe beautiful Boyer Chute National Wildlife Refuge is located near Fort Calhoun, NE. 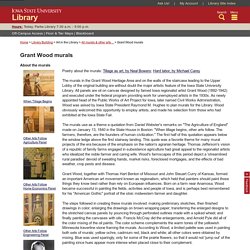 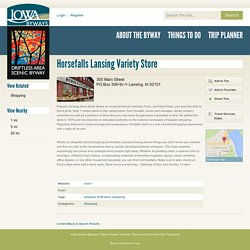 If you can't find it here, you won't be able to find it at all. Over 1 million items in this variety store. Paul Horsfall, owner and manager, stocks modern amenities as well as a plethora of items that you may have thought were impossible to find. He started the store in 1975 and has become an educated authority on the national landscape of bargain shopping. Regularly featured in local and regional newspapers, Horsfall's store is a one-of-a-kind shopping experience with a style all its own. What's so delightful about shopping at Horsfalls, besides finding eleven things you didn't know you needed and five you did, is the camaraderie that so quickly develops between shoppers.