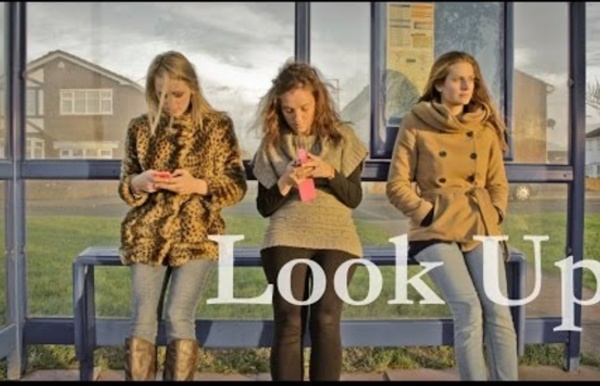 The Other Pair This ELT lesson plan is designed around a short film by Sarah Zorik titled The Other Pair and the themes of altruism and empathy. Students watch a short film, write a story, and speak about a story. I would ask all teachers who use Film English to consider buying my book Film in Action as the royalties which I receive from sales help to keep the website completely free. Language level: Pre-intermediate (A2) –Intermediate (B1) Learner type: All ages

Example of Discussion Text "School Uniform" - Free English Course What is discussion text? Discussion genres is a text which presents a problematic discourse. How an example of discussion text conveys a problematic issue? This problem will be debated from different points of view. Teaching About Audience Through Public Service Announcements As I mentioned in some of my previous posts, the concept of audience is not always easy to comprehend for second language writers. And even when students seem to have an idea what this term means conceptually, they may still struggle applying it to their writing. In my post today, I would like to share a few activities built around video Public Service Announcements (PSAs) which, as we know, are freely available online and thus are easily accessible to most students and teachers. I found these videos to be an excellent tool in helping second language writers better understand the concept of audience. A PSA is a short video (15 – 60 seconds) thats purpose is to bring to attention a social issue and motivate the audience to action.

The Best Part of Life - Sistering Recently someone stood up at one of our events and said, G: If you could give women one piece of advice, what would it be? And I said: Sister each other, because Sistering is the best part of life. Then I described what Sistering is, what it looks like and feels like. And my brilliant, generous friends at SALT asked me to repeat what I said: so that every single one of you could hear it. Because you are the most Sistering sisters in all the land.

Beloved teen Sam Berns dies at 17 after suffering from rare disease Saturday night could have been a moment for Sam Berns to celebrate -- standing in the middle of Gillette Stadium, flanked by some of his beloved New England Patriots, and no doubt cheered heartily by the nearly 70,000 fans surrounding him. But it wasn't to be. Instead of having Berns as an honorary captain in their NFL playoff with the Indianapolis Colts, the Patriots held a moment of silence for the young man who inspired them and many others as he lived with progeria, which causes premature, accelerated aging. "Do it for Sammy!"

25 Great Essay topics for Students Writing an essay can be a daunting task for both teachers and students in terms of creating and crafting a high quality essay, and finally editing and grading them. It seems though we may have overlooked one of the toughest steps in writing an essay and that is actually selecting an appropriate and interesting topic for your students. Thankfully I have put together a list of 25 great essay topics that might just make that process a little easier. Enjoy. Benefits of Learning Languages Infographic A great number of scientific studies have proven that speaking more than one language makes your brain more flexible and helps you process information faster. However, do you know some of the other benefits of learning languages? Check out our infographic below for some of the most interesting benefits of learning languages! We had a lot of fun doing the research for this infographic, and we hope that you’ll learn some fun new facts from it.