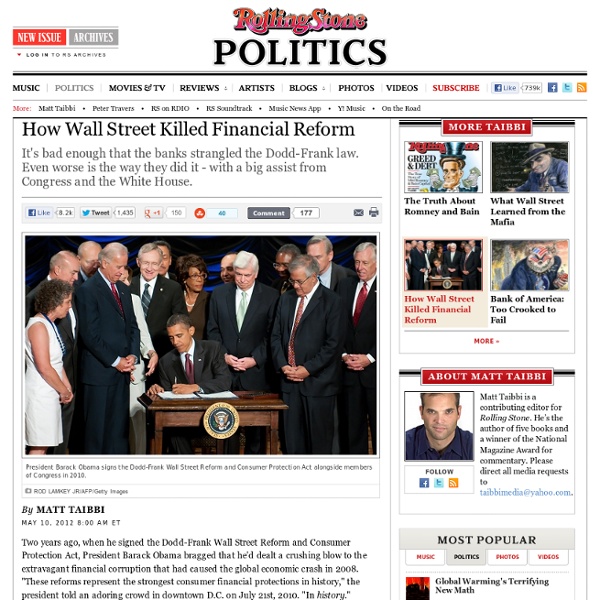 The Simplicity Solution Will the law prevent another bank bailout if we have a repeat of September 2008? Will it bring transparency to the trading of ? Will the truly eliminate the ability of banks to make risky trades for their own account? Are all the new regulations burying small and medium-size banks in excessive costs? Or are they ensuring their safety and soundness? No one can say for sure. The crucial difference between the Glass-Steagall Act, the landmark banking reform law that was passed during , and Dodd-Frank, is that the former had an appealing simplicity that Dodd-Frank lacks. That is why I wrote a recent column about a persuasive paper by Karen Petrou, a banking expert, in which she argued that Dodd-Frank was creating a new kind of risk that she labeled “complexity risk.” The article, entitled “Four Ways to Fix Banks,” was written by Sallie Krawcheck. In a nifty bit of timing, her article comes out just as the country is reacting to the news of JPMorgan Chase’s big credit derivative losses.

The Political Economy of Dodd-Frank: Why Financial Reform Tends to be Frustrated and Systemic Risk Perpetuated by John Coffee Columbia Law School; European Corporate Governance Institute (ECGI); American Academy of Arts & SciencesJanuary 9, 2012 Cornell Law Review, 2012 Columbia Law and Economics Working Paper No. 414 Abstract: Several commentators have argued that financial “reform” legislation enacted after a market crash is invariably flawed, results in “quack corporate governance” and “bubble laws,” and should be discouraged. This criticism has been specifically directed at both the Sarbanes-Oxley Act and the Dodd-Frank Act. As a result, a persistent cycle that this article calls the “Regulatory Sine Curve” can be observed: the legislative success of the latent investor group is followed by increasingly equivocal implementation of the new legislation, tepid enforcement, and eventual legislative erosion. This article does not deny that “reform” legislation often contains flaws (as does much deregulatory legislation). Number of Pages in PDF File: 85 Accepted Paper Series Suggested Citation

A Debate Goes Behind Closed Doors In the long war over Wall Street regulation, a little-noticed clash erupted this week over a plan to rein in risky trading overseas. Signs that a clash was brewing behind the scenes came after the Commodity Futures Trading Commission abruptly canceled a meeting to vote on the overseas trading proposal with just hours to spare. The agency provided no explanation, sending out only a short e-mail that it would “no longer hold a scheduled meeting on June 21, 2012.” Interviews with regulators, who spoke on the condition of anonymity, show that the agency canceled the meeting after closed-door talks yielded a more flexible proposal that gives Wall Street additional time to comply. Now, rather than debating the issue in public, the commissioners plan to cast their votes in private over the next several days, according to people briefed on the matter. The events this week also highlight the challenge facing independent regulators with five-member commissions. But Mr. Mr. Mr. Ultimately, Mr. Mr.

Paul Volcker Pushes for Reform, and Regrets His Past Silence He left behind a group of legislators in Washington still trying to nail down a controversial attempt to overhaul the nation’s in the wake of the country’s most serious economic crisis since . A well-regarded lion of the regulatory world, Mr. Volcker had endorsed the legislation before he went fishing, but unenthusiastically. If he were a teacher, and not a senior White House adviser and the towering former chairman of the , he says, he would have given the new rules just an ordinary B — not even a B-plus. “There is a certain circularity in all this business,” he concedes. As the financial overhaul took final shape recently, he worked the phone from his Manhattan office and made periodic visits to Washington, trying to persuade members of Congress to make the legislation more far-reaching. Like few other policy giants of his generation, Mr. Some analysts share Mr. Hear, hear, says Mr. “People are nervous about the long-term outlook, and they should be,” he says. AMONG the tools that Mr.

Bungled Bank Bailout Leaves Behind Righteous Anger In the year since I stepped down as the special inspector general of the Troubled Asset Relief Program, the sadly predictable consequences of the government’s disparate treatment of Wall Street and Main Street have only become worse. As the banks amass size and power, Main Street continues to get pummeled. Part of the current economic malaise can be traced directly to Treasury’s betrayal of its promise to use TARP to “preserve homeownership.” The Home Affordable Modification Program has brought little meaningful improvement, with fewer than 800,000 ongoing permanent modifications as of March 31, 2012, a number that is growing at the glacial pace of just 12,000 per month. Released Payments Treasury couldn’t even keep this modest commitment. In return for what was touted as a $25 billion payout, the banks received broad immunity from future civil cases arising out of their widespread use of forged, fraudulent or completely fabricated documents to foreclose on homeowners. Taxpayer Pays

Too Big to Fail Not Fixed, Despite Dodd-Frank: Simon Johnson Here we go again. Major shocks potentially threaten the solvency of some of the world’s largest financial institutions. Concerns grow over the ability of European leaders to shore up their banks, which are reeling from a sovereign-debt crisis. In the U.S., the shares of some large banks are trading at less than book value, while creditor confidence crumbles. Private conversations among economists, regulators and fund managers turn naturally to so-called resolution powers -- the expanded ability to take over and wind down private financial companies granted to federal regulators by the Dodd-Frank financial reform law. Instead, the government was forced to rely on the bankruptcy process, as in the case of Lehman Brothers Holdings Inc., or complete bailouts for all creditors, as in the case of American International Group. Imposing Losses First, the resolution authority under Dodd-Frank is purely domestic -- there is no cross-border dimension. Preemptive Use No Early Action Break Up Banks

Weill Calls for Splitting Up Big Banks In politics, it is called flip-flopping. In banking, it is called postcrisis regrets. For years, Sanford I. Now, the empire builder wants to break up the banks. On Wednesday, Mr. “What we should probably do is go and split up investment banking from banking,” Mr. Since the financial crisis, a number of elder statesmen have pushed to reinstate some form of the Glass-Steagall Act, the 1933 law that separated commercial banks from investment banks. In 2009, John S. But the comments of Mr. During a Congressional hearing on Wednesday, Representative Carolyn B. Richard Drew/Associated PressSanford I. In the 1990s, Mr. He took pride in his strategy. Glass-Steagall was born out of an earlier crisis, the Great Depression. With the Depression-era fading from memory, the increasingly powerful banking industry started to chip away at the provisions. A decade later, he sought to dismiss the last major prohibition for banks, insurance underwriting. Soon after the crisis, some of Mr. Mr.

Taming the Too-Big-to-Fails: Will DoddâFrank Be the Ticket or Is Lap-Band Surgery Required?, Nov. 15, 2011 - Richard Fisher Speeches - News &amp; Events - FRB Dallas (With Reference to Vinny Guadagnino, Andrew Haldane, Paul Volcker, John Milton, Tom Hoenig and Churchill’s ‘Terminological Inexactitude’ ) Remarks before Columbia University’s Politics and Business Club It is bracing to be with bright, young students here at the Politics and Business Club of Columbia University. I understand I have a high bar today: I need to surmount the heights reached in the insightful lecture recently given your undergraduate students by Vinny Guadagnino from the show Jersey Shore. I’ll do my best. Executive Summary Today, I will speak to the issue of depository institutions considered “too big to fail” and “systemically important.” To this last point, my colleague and director of research at the Dallas Fed, Harvey Rosenblum, and I have written about how too-big-to-fail banks disrupt the transmission of policy initiatives. Paul ‘Moses’ and John Milton On previous occasions, I have referred to Paul Volcker as the Moses of central bankers.

In a 325-Page SEC Letter, Occupy's Finance Gurus Take on Wall Street Lobbyists Yesterday, a group affiliated with Occupy Wall Street submitted an astounding comment letter to the Securities and Exchange Commission. Point by point, it methodically challenges the arguments of finance industry lobbyists who want to water down last year's historic Dodd-Frank Wall Street reforms. The lobbyists have been using the law's official public comment period to try to kneecap the reforms, and given how arcane financial regulation can be, they might get away with it. Occupy the SEC is a group of concerned citizens, activists, and professionals with decades of collective experience working at many of the largest financial firms in the industry. The letter, which has been in the works for months, passionately defends the Volcker Rule, a provision of the Dodd-Frank Wall Street reforms meant to prohibit consumer banks from engaging in risky and speculative "proprietary" trading. What makes Occupy the SEC so unique and inspiring is the way that it straddles the two worlds.