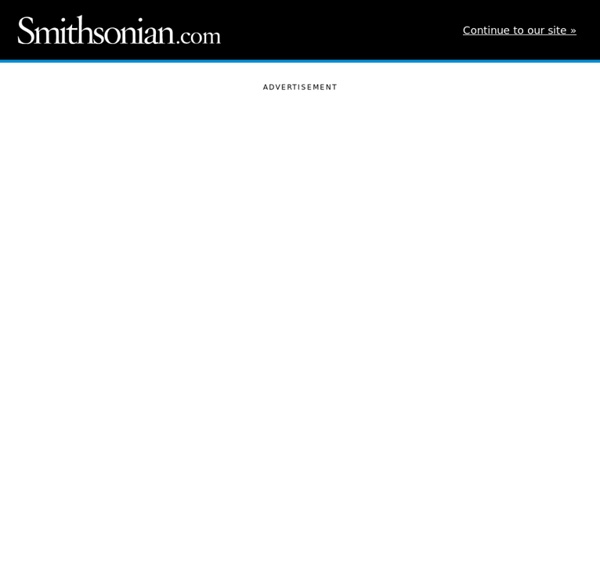 Prenatal screening advances with non-invasive blood test now available in Australia Updated New, cutting-edge prenatal screening technology is about to become available in Australia for the first time, with a non-invasive blood test allowing expecting parents to screen for chromosomal disorders like Down syndrome. The new, non-invasive blood test has only been available for two years, and up until now only via American companies at a substantial cost. But the test is about to be offered by Victorian Clinical Genetic Services, a not-for-profit provider of genetic testing, based at the Murdoch Children's Research Institute in Melbourne. Medical director David Amor said there were good reasons to offer the test in Australia.

Tales of Future Past It wasn't that long ago that we had a future. I mean, we have one now; the world isn't going to crash into the Sun or anything like that. What I mean is that we had a future that we could clearly imagine. The future wasn't tomorrow, next week, next year, or next century. The Front Row April 18, 2014 The Secrets of Godzilla My artistic career was ended by Godzilla—as a child monster-movie maniac, I stopped attending painting classes when the long-awaited film (the American version, of course, starring Raymond Burr) showed up on Saturday-morning television. So I take the weeklong run of the Burr-free 1954 Japanese-language original, which begins today at Film Forum, personally. I missed the 2004 screenings of the restoration, so this revival is a welcome chance to catch up with it, and the experience is surprising. The first surprise is that the original version, directed by Ishiro Honda, is not a kids’ movie, not a hectic teen goof, not a grindhouse shocker but a serious drama of politics, romance, and conscience (both civic and intimate).

iNFORMATiON FARM: Inside The LC: The Strange but Mostly True Story of Laurel Canyon and the Birth of the Hippie Generation Part 1 “There’s something happening here What it is ain’t exactly clear” Join me now, if you have the time, as we take a stroll down memory lane to a time nearly four-and-a-half decades ago - a time when America last had uniformed ground troops fighting a sustained and bloody battle to impose, uhmm, 'democracy' on a sovereign nation. It is the first week of August, 1964, and U.S. warships under the command of U.S. Navy Admiral George Stephen Morrison have allegedly come under attack while patrolling Vietnam's Tonkin Gulf. ABC News 'I'm Scottish': Gutted Lambie to quit Senate in latest citizenship shock Jacqui Lambie broke down in a radio interview this morning as she confirmed she will resign from the Senate because she holds British citizenship, telling listeners she always thought she was "Australian as they bloody come". How your MP will vote if Australia says Yes to same-sex marriage We've asked every federal politician what they intend to do if same-sex marriage gets to a vote in Parliament. On the numbers we've gathered, both houses would pass a bill to change the law.

An Excerpt from McSweeney’s Next Issue, Josephine Rowe Illustration: Carson Murdach Do not adjust your set. What you see before you is an excerpt from the latest issue of McSweeney’s, our alluring, laid-back, westerly sister. Curiouser still, the McSweeney’s site has an excerpt from our new interview with Geoff Dyer. 10 Emerging Ethical Dilemmas in Science and Technology The John J. Reilly Center for Science, Technology, and Values at the University of Notre Dame has released its annual list of emerging ethical dilemmas and policy issues in science and technology for 2015. This marks the third year the Center has released a list. The Reilly Center explores conceptual, ethical, and policy issues where science and technology intersect with society from different disciplinary perspectives. Its goal is to promote the advancement of science and technology for the common good.

Breakthrough in Thin-Film Solar Cells Scientists at Johannes Gutenberg University Mainz (JGU) in Germany have recently reported a breakthrough in their search for more efficient thin-film solar cells. Such cells could help create better solar receptors, improving both capacity and utilization of current devices – resulting in more realistically efficient sources for alternative energy. The new study shows that the new potential efficiency is 30%, a significant increase in comparison to contemporary cells that have only about 20% efficiency. Using computer simulations, the scientists investigated ways to improve the performance of CIGS thin-film solar cells; these are important since they are only a few micrometers thick, and offer savings on material and manufacturing costs.

Mothers News back issue collection May 2010 - July 2013 click the pictures to access these issues (read online or download) via archive.org. PLEASE NOTE: Mothers News is not an online newspaper, and the following year's worth of issues will NOT be made available online. To read new issues you must subscribe, and have the physical paper mailed to you. Science debate: Should we embrace an enhanced future? Image copyright Science Photo Library To write this article, I drank a beverage containing an effective cognitive enhancer - something that helps me - almost daily - to focus. In my pocket, I carry an extension of my memory, on which I made notes for this very story.