During my long and intimate acquaintance with Mr Sherlock Holmes I had never heard him refer to his relations, and hardly ever to his own early life. 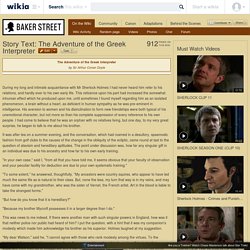 This reticence upon his part had increased the somewhat inhuman effect which he produced upon me, until sometimes I found myself regarding him as an isolated phenomenon, a brain without a heart, as deficient in human sympathy as he was pre-eminent in intelligence. His aversion to women and his disinclination to form new friendships were both typical of his unemotional character, but not more so than his complete suppression of every reference to his own people. I had come to believe that he was an orphan with no relatives living, but one day, to my very great surprise, he began to talk to me about his brother. "In your own case," said I, "from all that you have told me, it seems obvious that your faculty of observation and your peculiar facility for deduction are due to your own systematic training. 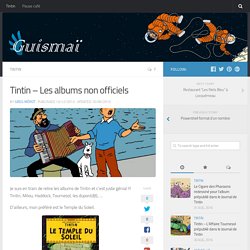 Korben - Upgrade your mind. : Cédric Villani. Journal d'un avocat. Hydrogenaudio Forums - Portal. iNFORMATiON FARM: Inside The LC: The Strange but Mostly True Story of Laurel Canyon and the Birth of the Hippie Generation Part 1. “There’s something happening here What it is ain’t exactly clear” Join me now, if you have the time, as we take a stroll down memory lane to a time nearly four-and-a-half decades ago - a time when America last had uniformed ground troops fighting a sustained and bloody battle to impose, uhmm, 'democracy' on a sovereign nation. 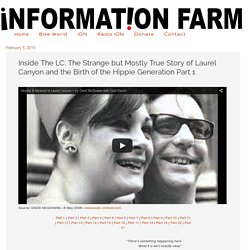 It is the first week of August, 1964, and U.S. warships under the command of U.S. Navy Admiral George Stephen Morrison have allegedly come under attack while patrolling Vietnam's Tonkin Gulf. This event, subsequently dubbed the 'Tonkin Gulf Incident,' will result in the immediate passing by the U.S. Congress of the obviously pre-drafted Tonkin Gulf Resolution, which will, in turn, quickly lead to America's deep immersion into the bloody Vietnam quagmire. For the record, the Tonkin Gulf Incident appears to differ somewhat from other alleged provocations that have driven this country to war. Lookout Mountain Ave and Laurel Canyon Blvd, google maps.