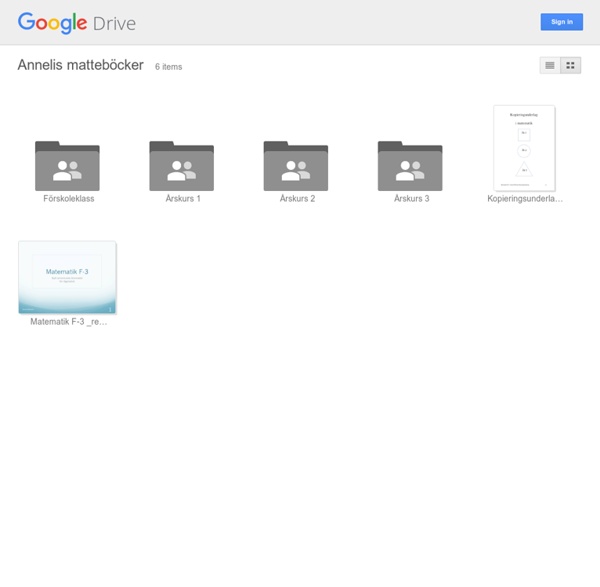 Dynamic Paper Modes You can create the following: Nets – two-dimensional outlines of three-dimensional shapes, including regular polyhedra, prisms, pyramids, cylinders and cones Graph Paper – coordinate graphs, polar coordinates, logarithmic graph paper Number Lines – including positive and negative coordinates Number Grids – hundreds boards and the like Tessellations – tiling patterns involving triangles, quadrilaterals, and hexagons Shapes – pattern blocks, attribute blocks, and color tiles Spinners – up to 16 sectors, with adjustable sizes How to Use These 20 powerful photos of kids’ bedrooms will change the way you look at the world Like us on FB: Where Children Sleep is a powerful photo series by English photographer James Mollison. He traveled around the world capturing the differences between the lifestyle of kids from different countries.

Math Learning mathematical concepts in a Montessori classroom begins concretely and progresses towards the abstract. They are developed from simple to complex. Process is taught first and facts come later. Order, coordination, concentration, and independence are experienced by the child using these materials. Pupils in Italy excel after using Finnish maths book Third graders in the Toscana town of Lucca will continue their studies of maths this autumn using the Finnish series of mathematics textbooks they used in a trial last year. Class maths performance beat out their peers after the trial year and teacher Patrizia Piccinini says that maths has now become the pupils’ favourite school subject. “Can you imagine? I had to ban the class from studying maths over the summer break, so I would have time to translate the book for the next school year. The students would have wanted to study with their new textbooks already during their holiday!”

Halloween Adding and Subtracting - Coloring Squared We’ve added too many Halloween pages to fit in our holiday section. Here’s a growing selection of popular characters putting on their favorite Halloween outfits for you to color. Enjoy There are three categories of pages to choose from. Maths Mental Maths Worksheets When a child practices mental maths maths becomes quicker and simpler 25 Of The Most Dangerous And Unusual Journeys To School In The World To the delight (or dismay) of millions, the school season is beginning in many countries throughout the world. But it’s important not to forget that, in some parts of the world, school can be a hard-won luxury. Many children throughout the world have to take the most incredible and unimaginable routes in order to receive the education that some of us may take for granted. This list we collected will show you just how determined some children can be when it comes to getting an education. According to UNESCO, progress in connecting children to schools has slowed down over the past five years.

PhotoMath uses your phone's camera to solve equations Need a little help getting through your next big math exam? MicroBlink has an app that could help you study more effectively -- perhaps too effectively. Its newly unveiled PhotoMath for iOS and Windows Phone (Android is due in early 2015) uses your smartphone's camera to scan math equations and not only solve them, but show the steps involved. Officially, it's meant to save you time flipping through a textbook to check answers when you're doing homework or cramming for a test. However, there's a concern that this could trivialize learning -- just because it shows you how to solve a problem doesn't mean that the knowledge will actually sink in.