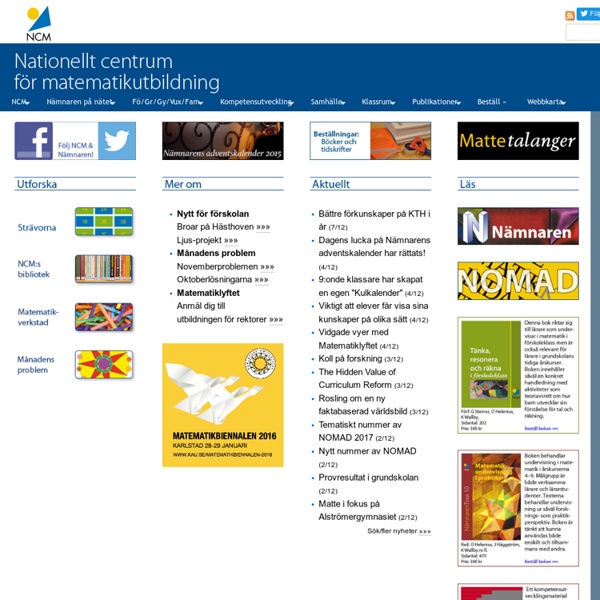 Minibeasts Number Classroom Display Resources Minibeast-themed Number Resources Numbers 0-30 on minibeasts (Ref: SB1439) A fun and colourful set of minibeast characters with the numbers from 0 to 30. Numbers 0-50 on ladybirds (Ref: SB5335) The numbers 0-50 presented on ladybirds. Numbers 51-100 on ladybirds (Ref: SB5985) The numbers 51 to 100 presented on ladybirds. Multiplication Games ~ Learn Times Tables While You Move This post may contain affiliate links. We love to play math games around here and these multiplication games have been used over and over again in our house. I first shared the idea of Multiplication High Fives here, then decided to take it to the next level and create a downloadable multiplication chart and High Five template.

An Illustrated Mathematics Glossary - Best of 2015-16 School Year All of this week I am on the road working with teachers in Texas, Kansas, and Arizona. Rather than scrambling to write blog posts at the end of each day, I'm taking this time to feature some of the most popular posts and new tools of the 2015-2016 school year. Math is Fun is a free website that offers math games, puzzles, and tutorials. One of the tutorial resources that they offer is an illustrated mathematics dictionary. The Math is Fun dictionary offers more than 700 definitions of mathematics terms. All of the definitions include an illustration. Swedish Maths Teaching Resources Where applicable, use the links to download Swedish versions of resources. Maths Resources in Swedish Shapes display banner (Ref: SB3725) Colourful printable banner for your (2D) ‘Shapes’ display. 3D shape posters (Ref: SB1199) A set of 7 A4-sized printable posters featuring common 3D shapes.

Classroom Timers - Fun Timers We've decided to put our new fun timers, and timers for classrooms into a nice sub-section. These are great timers for children, or maybe meetings, or anything really. They just add some extra fun to the usual countdown timers :-) Tangrams Here's some puzzling fun for the kids from ancient China! Tangrams, "seven pieces of cleverness", are an ancient Chinese puzzle which is still mind-bending and intriguing today! We've developed some fun printable tangram puzzles which are perfect for kids - they help with logic and thinking skills, dexterity .. and they are just plain puzzling fun! The Power of Anchor Charts The sheer number of examples on teaching blogs and Pinterest prove it: Anchor Charts are all the rage, and for good reason. Used as tool to “anchor” content being studied, they help students to learn new information as well as to reflect on what has already been covered. Posted in a prominent location in the classroom, Anchor Charts provide a reference point that students may refer to again and again. It’s important to note a defining characteristic of Anchor Charts. Unlike traditional posters, they are created with students, the teacher recording ideas as the class shares.

This awesome periodic table tells you how to actually use all those elements Thanks to high school, we’ve all got a pretty good idea about what’s on the periodic table. But whether you’re looking at something common like calcium, iron, and carbon, or something more obscure like krypton and antimony, how well do you know their functions? Could you name just one practical application for vanadium or ruthenium? Lucky for us, Keith Enevoldsen from elements.wlonk.com has come up with this awesome periodic table that gives you at least one example for every single element (except for those weird superheavy elements that don’t actually exist in nature). There’s thulium for laser eye surgery, cerium for lighter flints, and krypton for flashlights.