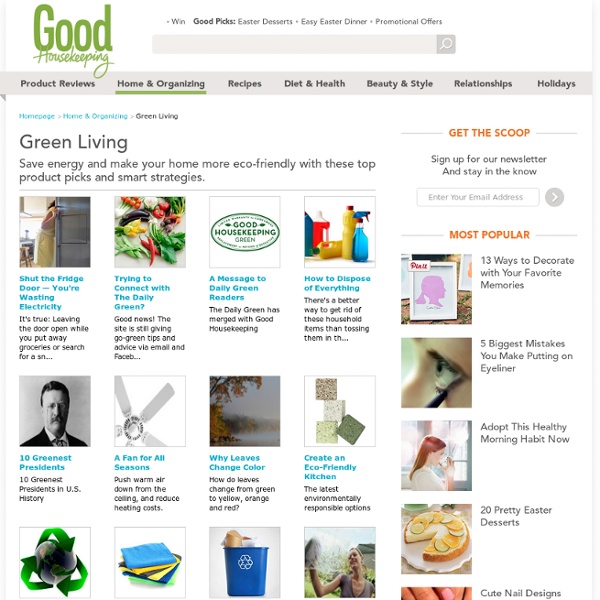 What can I reuse or recycle to make soap moulds? I made my first batch of cold-process soap earlier in the year – it took FOREVER to trace, but we’ve loved the resulting soap so I need to make some more. Ever since I made that first batch, I’ve been on the look out for what I can use as moulds this time around. Last time, I had two old food trays for bar soaps, but when I ended up making a lot more soap than I’d originally intended, I grabbed whatever else I could find – some shaped fruit trays (small hand soaps), an old round ice cream tub (too wide when sliced into discs so had to cut them into semi-circles, which was a bit odd) and the square edged plastic bottles the olive oil had come in (nice size hand soaps, but it was awkward to get it out). (The latter two can be seen in the picture.) All sorts of packaging has been subject to my “would it make nice soap?”

Is an Energy Auditor Job Right For You?: GreenCareersGuide Energy efficiency is a very important part of turning your home into the most efficient place that it can be. Cutting back on the amount of power that you use is going to not only be cheaper for you in the long run, but should also give you the ability to help save the environment for a longer period of time. A typical electric power station is going to use natural resources as well as release a number of waste products which harm the environment. Facts About Dihydrogen Monoxide Dihydrogen Monoxide (DHMO) is a colorless and odorless chemical compound, also referred to by some as Dihydrogen Oxide, Hydrogen Hydroxide, Hydronium Hydroxide, or simply Hydric acid. Its basis is the highly reactive hydroxyl radical, a species shown to mutate DNA, denature proteins, disrupt cell membranes, and chemically alter critical neurotransmitters. The atomic components of DHMO are found in a number of caustic, explosive and poisonous compounds such as Sulfuric Acid, Nitroglycerine and Ethyl Alcohol. For more detailed information, including precautions, disposal procedures and storage requirements, refer to one of the Material Safety Data Sheets (MSDS) available for DHMO: Should I be concerned about Dihydrogen Monoxide?

The Fifteen Most Fabulous Herbal Sedatives : Kitchen Table Medicine Do you ever just feel like you need to take a pill to take the edge off? Well a lot of us get extra stressed around the holiday season, and if you don’t want to take something that will totally knock you out, try a gentle relaxing cup of sedative tea instead of popping a pill. Now opinions may slightly differ amongst herbalists as to what the best herbal sedative is, but I think we can all agree that the best herb is the one that works best for the individual. Here are my top fifteen favorites for making in to herbal tea as they are widely available and not endangered species (to my current knowledge.) I have included a brief blurb so that you can get an idea of the herbs that will work best for your constitution.Please always check with your naturopathic physician before combining herbs with prescription drugs. #3 Schisandra- Referred to as “Chinese Prozac” this herb is commonly unappreciated and underutilized in American herbal practice.

Four Homemade Cleaners This was easier than I thought it would be. One of Betsy’s goals for the year was to ditch some of our standard cleaners that we use around the house and make them! Honestly, I was a bit skeptical about this project mainly because I wasn’t sure that homemade cleaners would really get the job done. And my lovely wife is a bit of a neat freak so there’s no way she would use something that didn’t perform well. Easy Soap Recipe - Step by Step Tutorial On this page I'm going to explain an easy soap recipe that's perfect for any beginner. Despite its simplicity this soap making recipe, happens to be one of my all time favorites! The powerful combination of natural skin care oils creates an incredible product that absolutely no store bought soap can beat. Here's What you will Need...

Shipping Container Homes - Cargo Container Houses Want your own container house? There's a six-month waiting list for the Quik House by architect Adam Kalkin, who is based in New Jersey. The distinctive Quik House comes in a prefabricated kit, based on recycled shipping containers (in fact a completed house is about 75% recycled materials by weight). The standard Quik House offers 2,000 square feet, three bedrooms and two and one-half baths, though larger options are also available. Pumpkin Monkey Bread September 23, 2011 | Print | E-mail | Filed under bread, pumpkin Monkey bread. It’s almost as much fun to say as it is to eat, and with the arrival of autumn, I couldn’t stop thinking about taking my usual recipe and kicking it up a notch with the addition of pumpkin – so, of course, I did. Making monkey bread has always brought with it feelings of nostalgia for me, which makes it one of my favorite sweets to share with family and friends.

For the Mixtresses: Sweet Roses Hair Tea (stevia for itchy scalp) I mean, the scalp is just skin, yes? So I’m thinking this may be the ticket: “Stevia concentrate in the form of drops has also been used directly on sores or blemishes to promote healing. For this reason, some advocates of stevia use it on other skin conditions such as eczema, dermatitis, or minor cuts or wounds.” ~ Stevia by Rita Elikins, M.H. Which led to this: 4 Amazing Underground Dwellings! Get closer to nature by living in an underground home built from sustainable materials I’ve always wanted to live in an underground dwelling because it’s the closest I’ll ever get to living like a Hobbit, and it seems like the perfect place to go in case zombies attack. Most importantly, underground homes are very eco-friendly and are built directly into the earth, which means they take up less construction material and produce less waste.