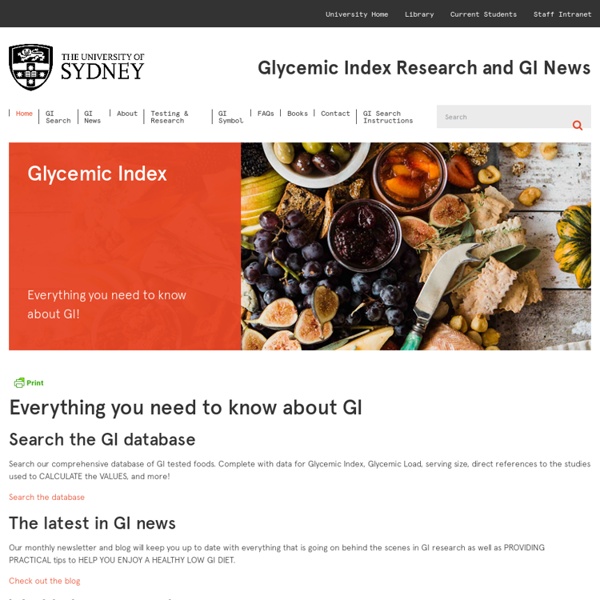 S 510 is hissing in the grass Jan. 5, 2011 UPDATE: Obama signed the Food Safety Modernization Act. By Steve Green S 510, the Food Safety Modernization Act*, may be the most dangerous bill in the history of the US. It is to our food what the bailout was to our economy, only we can live without money. “If accepted [S 510] would preclude the public’s right to grow, own, trade, transport, share, feed and eat each and every food that nature makes. It will become the most offensive authority against the cultivation, trade and consumption of food and agricultural products of one’s choice. Alternative Health and Wellness Articles - Are We Eating Ourselves to Death - Acidosis Part II What is Acidosis?I know we covered the basics of acidosis in A Different Point of View but I would like to refresh your memory just a bit. So, very briefly, acidosis occurs when your body's pH (potential hydrogen) is out of balance - specifically acidic. The pH scale ranges from 1 (very acidic) to 14 (very alkaline) with 7 being neutral.

Cheesy Enchilada Rice Skillet The easiest enchilada you will ever make. No rolling, no folding. Just throw everything into a skillet and you’re set! The Omnivore’s Dilemma: My Review « Say what, Michael Pollan? When I read Michael Pollan’s The Omnivore’s Dilemma for the first time two summers ago, I was taken aback by a relatively innocent passage in his section on the Supermarket Pastoral food chain: Taken as a whole, the story on offer in Whole Foods is a pastoral narrative in which farm animals live much as they did in the books we read as children, and our fruits and vegetables grow on well-composted soils on small farms much like Joel Salatin’s. “Organic” on the label conjures up a rich narrative, even if it is the consumer who fills in most of the details, supplying the hero (American Family Farmer), the villain (Agribusinessman), and the literary genre, which I’ve come to think of as Supermarket Pastoral. By now we may know better than to believe this too simple story, but not much better, and the grocery store poets do everything they can to encourage us in our willing suspension of disbelief. (137) I had certainly never looked at organic food this way. Like this:

How To Address Chronic Headaches With Your Food Choices In a previous post, we looked at some stretches and other physical measures that can be used to alleviate pain associated with tension-type headaches. In this post, we'll cover what can be done on the dietary front to address a common root cause of headaches. The vast majority of chronic, recurrent headaches - including tension headaches and migraines - are partly due to a build-up of toxins within your nervous system. Some of these toxins come from everyday metabolic activities - as your cells go about the daily grind of producing energy to fuel your activities, they generate waste products that can have toxic effects on your tissues before they are eliminated from your body.

How To: Slow Cooker Black Beans I’ve been told I make the best slow cooker black beans ever, but I can’t take all the credit. When we were still dating, my husband taught me how his family made Brazilian-style black beans when he was growing up. His aunt showed me how to make beans in the slow cooker. Before that, I thought people had to cook them in a pressure cooker to get them soft like the canned beans we usually bought. (I still remember trying to chew on the crunchy beans we’d try to cook at my house when I was growing up.) Over the past 10 years, I’ve perfected it.

The History of Health Tyranny: Codex Alimentarius, part 1 Excerpt from Codex Alimentarius -- The End of Health Freedom Brandon Turbeville -- Activist Post Contrary to popular belief Codex Alimentarius is neither a law nor a policy. It is in fact a functioning body, a Commission, created by the Food and Agricultural Organization and the World Health Organization under the direction of the United Nations. Maca Gives Potential Relief for Migraine Sufferers Originally published April 27 2010 by William Rudolph (NaturalNews) People who suffer from the debilitating pain of migraine headaches need relief. Could the solution be found in a radish-like root vegetable that grows in an extreme climate where few other plants can survive? Might something the Incas consumed regularly 2,000 years ago be a modern day panacea for migraine sufferers?

Baking with Brown Rice Hello friends, hope you are all doing great. Firstly I would like to apologize for taking off just like that. I didn't think that my absence would be noticed until I started receiving emails and comments from fellow food bloggers and regular visitors.

'Staff of life' wavers under weight of humanity In these volcanic valleys of central Mexico, on the Canadian prairie, across India's northern plain, they sow and they reap the golden grain that has fed us since the distant dawn of farming. But along with the wheat these days comes a harvest of worry. Yields aren't keeping up with a world growing hungrier. Crops are stunted in a world grown warmer. A devastating fungus, a wheat "rust," is spreading out of Africa, a grave threat to the food plant that covers more of the planet's surface than any other. In Chicago, London and other money centers, the wheat market is so roiled by bad news and speculators that rising prices may put bread out of reach for millions more of the world's poor.

PH Balance: Alternative Health Group BLOOD PH HEALTHFUL RANGE = 7.36 TO 7.46 Blood ph is so important, that the body will sacrifice the calcium in the bones, to maintain the necessary blood ph. An increase or decrease of more than four tenths of a point in blood ph, will cause death. URINARY PH HEALTHFUL RANGE = 5.8 TO 6.8 The warmer the climate, as in southern California, the lower ( more acidic ) the ph will be. The purpose of checking the urine ph, is to find out if your body has a healthful store of minerals, that keep It's internal environment, slightly alkaline. The minerals that contribute to your alkaline reserve are sodium, calcium, potassium, magnesium and iron. The ultimate urine/saliva ph should be 6.4.

Brown Rice Flour Pancakes - Gluten Free Sometimes cake at breakfast is just what the doctor ordered. Pancakes, that is. I have had a bag of brown rice flour I my cupboard waiting to be used for ages, so this Sunday morning, with a little footy (that’s soccer for us North Americans) on the telly (that’s TV) – sorry, feeling a little British today – I decided to whip us up a fancy plate of pancakes for breaky (breakfast How Credit Card Payments Increase Unhealthy Food Purchases: Visceral Regulation of Vices by Manoj Thomas, Kalpesh Desai, Satheeshkumar Seenivasan Manoj Thomas Cornell University - Samuel Curtis Johnson Graduate School of Management Kalpesh Kaushik Desai State University of New York at Binghamton