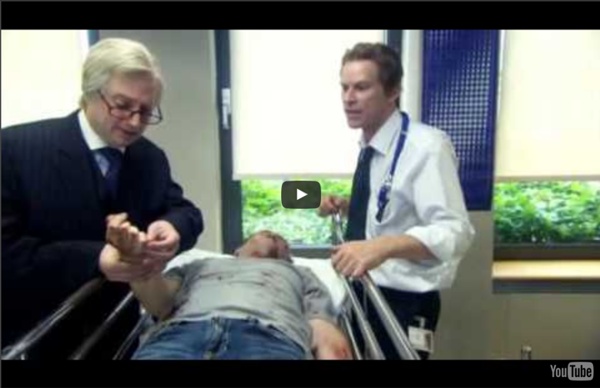 Homeopaths offer to rebrand products as 'confectionery' | Martin Robbins | Science 'There would of course be media repercussions,' said the homeopathic pharmacy Helios of its plan to market its remedies as 'confectionery'. Photograph: Corbis Under current UK law*, it is an offence for a lay homeopath to supply or sell unlicensed homeopathic medicines for which they do not hold a certificate of registration from the MHRA. Unlicensed remedies can only be supplied by those with prescribing rights - medical doctors or registered pharmacists - and then only after a face-to-face consultation with the patient. This has come as something of a shock to many homeopaths, who apparently only became aware of it in the last year or so, when UK medicines legislation was about to be consolidated under the Human Medical Regulations Act, which came into force in July. We only have the Society's description of that meeting, but it fits with the Coalition's rejection of Parliament's homeopathy 'evidence check' - short version: "We checked, there wasn't any!" And that would be fine.

Malleus Homeopathicum News - The Nightingale Collaboration Medicines regulator cancels product licences for non-medicines — now covered by food regulations They look like medicines: they have a licence number after all and come in a little glass bottle with a dropper and lots of detailed instructions, precautions, restrictions and warnings and even Boots, that trusted pharmacist on the high street, is in no doubt what they are: There are a very precise 38 'remedies' in the set of original Bach Flower Remedies, all made from different flowers, invented in the 1930s by Dr Edward Bach (pronounced 'Batch'), a medical doctor who studied at University College Hospital, London. However, it wasn't his medical training that led him to come up with these flower remedies. …early morning sunlight passing through dew-drops on flower petals transferred the healing power of the flower onto the water. Exactly what healing power of the flower he was referring to is not clear but the remedies were: PineYou feel guilty or blame yourself. Manufactured ®logo. In court

Burzynski: killing without care? | Josephine Jones A guest post by Keir Liddle^ Skeptics and critics of Dr Burzynski’s antineoplaston treatment have been scratching their heads of late at the removal of all references to ANP on the clinics website. Why did a reference to Dr Burzynskis miraculous brain cancer cure suddenly disappear? Was it because of an FDA letter regarding inappropriate and inaccurate promotion of the treatment? That seemed the obvious explanation until @medtek on twitter discovered that the FDA had been doing a lot more than simply sending the clinic letters. According to a Burzynski patient blog*, the clinic has been undergoing an FDA audit. From the blog: The Burzynski Clinic is going through some issues right now. But why has the clinic been prevented from taking on new patients? The FDA stopped new pediatric patients because a child had went into a tumor related coma and did not get enough water during treatment, thus spiking the sodium level to a fatal level Like this: Like Loading...

...Whatever. — Wrote this for reddit because a story about... Wrote this for reddit because a story about aspergers made the front page and I can only listen to “How is being socially awkward a disability, fucking fakers” for so long before I flip my shit. Next time you have a conversation with a person, try to take manual control over everything. Eye contact, reading gestures, analyzing tone of voice, continually mentally polling to determine if it’s your turn to speak yet, keep a background check to make sure you don’t “go on too long” when you are speaking, take manual control over your own facial expressions and vocal modulations. Even meaning is obscured, remember to check every phrase they say manually for subtext or secondary meanings too. Don’t even get me started on what to do if there subtexts. Yes, now you’re thinking about it, you’re probably also thinking that this is how life is for you every day, but the difference between you and me, is that all this is at the front of my mind, being hand-cranked and it is exhausting.

Homeopathy Starter Kit, Pt 1 Wellness Oprah and Deepak's 21-Day Finding Your Flow Meditation Find out how you can be a part of Oprah & Deepak Chopra's latest meditation. Family Health Normal Or Nuts? Dr. Alternative Health The Supplement Score Card Get alternative-health expert Bryce Wylde's bottom line on the supplements you're... Medicine Hunter: Chris Kilham Join Medicine Hunter Chris Kilham as he scours the globe to find the safest and... Biggest Health Myths When it comes to your health, following conventional wisdom might not be so... Beauty True Beauty Contest Winners Learn more about the True Beauty Contest winners! Fitness Brett Hoebel's 20-Minute Body Get fit fast with these high-intensity workouts from trainer Brett Hoebel. Nutrition Potassium Grocery List Snap out of your fog and keep your heart on beat with this potassium-packed grocery list. Supercharged Infused Waters These flavored waters keep you hydrated while relieving some of your biggest health complaints! An Exclusive Peek in the Oz Vault! Dr. Weight Loss Dr.

Faith in alternative therapy delays cancer treatment Even though cancer is diagnosed in the early stages, patients waste precious time in using alternative therapies before going to a hospital for treatment. Almost 70% of new cancer cases at the All India Institute of Medical Sciences (AIIMS)'s Dr BR Ambedkar Institute-Rotary Cancer Hospital are beyond the critical stage two, when the cancer can be treated easily. Of these, half have been using an alternative therapy for months. "It is a very common problem that we face. "It obviously affects the outcome of the treatment outcome," Dr Julka added. Apart from consuming certain dubious drugs, these people use varieties of churan, apply herbs such as aloe vera, drink gomutra (calf's urine) and even use of burning coal to destroy the tumour. According to doctors, such measures only worsen their case. The 48-year-old farmer is undergoing treatment at west Delhi's Action Cancer Hospital for stage four breast cancer. "The cancer spread to her lungs, liver, bones etc.

Second Week of Fundamentals Training Begins in Belle Anse, Haiti | Here I am, on my second trip to Haiti with Homeopaths “Sans Frontières”—I spiffed up my French to be able to communicate with the Haitian people better. My Creole is basically nonexistent but if you know the words “meci” (thank you) and “enpils” (a lot), you can get pretty far. More on that, later. We all arrived on the same flight, allowing us to bond early in our adventure. We left the next morning at 7.30 a.m. for Belle Anse. We arrived in Marigot on the Caribbean, where we boarded a boat for a one and a half hour boat ride to Belle Anse. However, the Fundamentals of Homeopathy program offered by HWB attracted a lot of people. Wendy (a first time volunteer) and I ran a clinic for children in “La Place,” a sort of Gazebo in the center of town. Wendy is an outdoorsy type and knows how to survive in the wilderness. Finally, the Haitians are really amazing and are true survivors, who do not complain about their lot. ~ Marina Braun

Honey Boo Boo My son has been coughing for several weeks, and the cough will probably persist for another 2 or 3 weeks. Coughs last a long time. Patients think a cough will go away in less than a week but in reality they are likely to last several weeks. Coughs are a pain for the patient and an annoyance for the people around them. You never really know if the cougher in the row behind you has asthma, a post infectious cough or is actively spewing TB or influenza all over the airplane. I tend to leave most symptoms alone if the they are not life threatening or otherwise unbearable for the patient. If there are benefits to suppressing the cough associated with acute respiratory infections I can’t find any and we have all seen people who, because of inability to cough secondary to rib fractures, develop severe pneumonia. I suffer from a mild form the the naturalistic fallacy. I like honey. Given that honey is >95% water and sugar there is little room for any ‘active’ ingredients.

Bringing a new perspective to infectious disease Studying infectious diseases has long been primarily the domain of biologists. However, as part of the Ragon Institute, MIT engineers and physical scientists are joining immunologists and physicians in the battle against HIV, which currently infects 34 million people worldwide. The mission of the Ragon Institute—launched jointly in 2009 by Massachusetts General Hospital (MGH), MIT and Harvard University—is to develop new HIV vaccines through better understanding of how the immune system responds to infection. Bruce Walker, the MGH physician who directs the institute, says it was important to enlist engineers and physical scientists, who have usually been excluded from traditional HIV research, to help in this effort. "It seemed to me that if we could break down some of those silos, there were probably tools in the toolbox that could be applied to the problem right now that weren't being applied," Walker says. Single-cell analysis New vaccine targets Special delivery