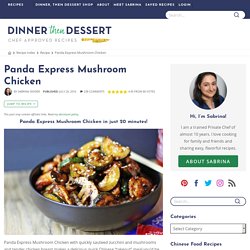 Panda Express Mushroom Chicken with quickly sauteed zucchini and mushrooms and tender chicken breast makes a delicious quick Chinese “takeout” meal you’d be happy to eat every night and that your scale won’t exact it’s revenge on your for it! Update: Over the last year we have made this recipe the original way and with small variations while taste testing against the original.

Lots of Panda Express visits, lots of testing (think Monica trying to recreate Phoebe’s grandmother’s chocolate chip cookie recipe) and I think I’ve gotten to the point where we can call this a spot on copycat! One Skillet "Egg Roll in a Bowl" - The Seasoned Mom. This Nightmare Before Dinner Cookbook Has Over 60 Recipes Inspired By Tim Burton Films. The Tim Burton universe is always expanding. 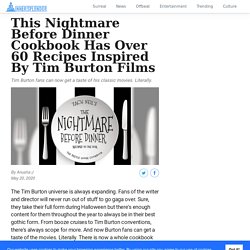 Fans of the writer and director will never run out of stuff to go gaga over. Sure, they take their full form during Halloween but there's enough content for them throughout the year to always be in their best gothic form. From booze cruises to Tim Burton conventions, there's always scope for more. And now Burton fans can get a taste of the movies. Literally. Hardcore Burton fans are probably all aware of Beetle House, a year-round Halloween restaurant and bar that cater to the niche audience of horror fans. Neil was raised in a family that did not allow the celebration of Halloween. The cookbook contains the most popular appetizers, meals, desserts, and drinks from the restaurant, all of which are based on the works of Tim Burton. The book includes recipes such as Frogs Breath & Nightshade Risotto, Sweeney Beef, and Edward Burger Hands. Additionally, you also get an array of craft cocktails from the Coco Skellington to the Beetle’s Juice. 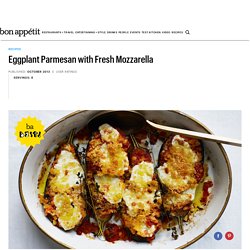 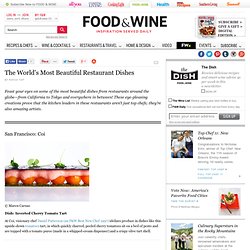 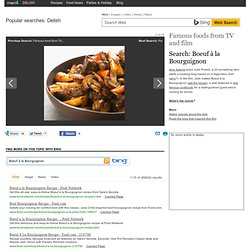 Serve with Parsley Rimmed croutons.Beef bourguignon US / ˌ b iː f ˌ b ʊər ɡ ɨ n ˈ j ɔː n / or bœuf bourguignon, also called beef Burgundy, and boeuf à la Bourguignonne, is a well-known ...Get the recipe for Julia Child's famous Boeuf Bourguignon from her cookbook Mastering the Art of French Cooking, Vol. 1.In a large nonstick skillet, cook bacon until cooked through; remove from skillet, drain on paper towels. Quick Halloween Treats - Quick Recipes for Halloween. 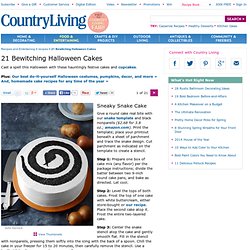 Step 1: Prepare two boxes of cake mix (any flavor) per the package instructions. You'll need two round cake pans: one 4"W x 4"H; the other 7"W x 4"H (Fat Daddio pans; $6.49 and $9.99; globalsugarart.com). Trace the base of one pan onto parchment; cut out and place in the bottom of that pan. Repeat for the other pan. Coat the inside of both pans, including parchment liners, with cooking spray.

Step 2: Apportion cake batter between pans. Step 3: Level the top of each cake. Step 4: Microwave eight ounces of marshmallows in a bowl for 30 seconds, until gooey but still lumpy. Step 5: To make the spiders, you'll need black fondant ($10.99 for 24 oz.; amazon.com).