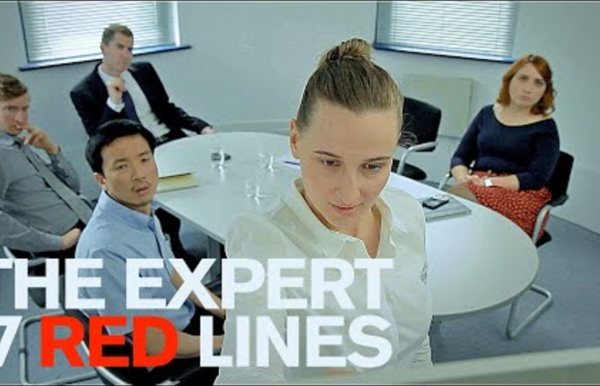 Top Funniest English Idioms This lesson can still be improved.EDIT IT NOW! & become VIP What are the Funniest English Idioms? How to Make Closer Friendships “Friendships don’t just happen,” says William Rawlins, a professor of interpersonal communication at Ohio University. “They don’t drop from the sky.” Like any relationship, friendships take effort and work. Best Practices for Batch Syncing Audio in Adobe Premiere Syncing production audio is one of the most tedious and time-consuming post-production tasks. I’ve already written about my preferred method—using DaVinci Resolve’s auto-sync feature—which allows you to sync an entire day’s worth of footage in one click. Yet syncing in Resolve isn’t always the best option for your overall workflow. If you’re planning to use Premiere’s built-in proxy workflow, which requires that proxy and full resolution media have a matching number of audio tracks, then creating synced proxies in Resolve flies out the window. Or, in some scenarios, you may be shooting in an edit-ready codec like ProRes or DNxHR and simply don’t need to create proxies.

weareteachers It can be a challenge to get middle schoolers interested in reading. The thought of tackling a thick novel can be overwhelming, especially toward the end of the school year when attention spans and patience for reading are often running short. Short stories are always a great choice. In addition to requiring less of a time commitment, they are an easy way to expose your students to new authors and genres. Also, the best short stories are every bit as engaging and meaningful as the best novels.

The Origin of the Nerd Introduction In the little more than a decade since I created my original web page here about the origin of the word nerd, it has grown considerably, in part due to various controversies about the word's origins as well as to new information and speculation about its history. My views on the term's origin have not changed much, as you can see by the fact that Dr. Seuss's Nerd has joined me in the page's icon (assuming that you're not viewing the page in the "Full Width" style), but it does seem like time to reorganize the material. The factor that made me decide that nerd might be a label worth reclaiming was its early association with Dr.

Filming Families: The Modern Family Video with Courtney Holmes Portrait photographers capture moments in time for families, parents, and children. But in order to tell the whole story, you need to switch your camera to video mode, and become the storyteller behind the camera. Join Courtney Holmes, family photographer, filmmaker, and founder of FilmingLife Academy as she empowers you to add video to your photography business. In this class, Courtney takes you on location to a home in Seattle to see how she organizes a family shoot from start to finish.

10 Teaching Literature Ideas 10 Ways to... With The New York Times Classics, contemporary fiction, young adult and graphic novels, sequels and adaptations: here are 10 ideas that will help any literature teacher use the vast resources of NYTimes.com to connect literature to life. Write to us with ideas: For what works of literature would you like to have a collection of Times resources? 1. There are certain classics that have appeared on a majority of high school English lists every year since the 1960's, and many, if not most, are likely somewhere in your school's curricula as well.

The Cook and the Chef: Musk's Secret Sauce This is the last part of a four-part series on Elon Musk’s companies. For an explanation of why this series is happening and how Musk is involved, start with Part 1. ← also click these Three quick notes: 1) PDF and ebook options: We made a fancy PDF of this post for printing and offline viewing (see a preview here), and an ebook containing the whole four-part Elon Musk series: 2) Here’s a G-rated version of the post, appropriate for all ages (with its own URL, so safe to share too). 3) Extra big thanks to our Patreon supporters for making WBW sustainable and for being immensely patient during the long wait.

The Invisible Black Backdrop - Photography Technique - Glyn Dewis Over the past few weeks in preparation for the launch of my new ‘InSight Photography Workshop’ I’ve been running ‘testers’ (mini workshops) with groups of photographers to teach a range of lighting techniques and also to get brutal honest feedback. One of the techniques I’ve been teaching has become affectionately knows as ‘The Invisible Black Backdrop’ and without doubt has proven to be one of the most popular techniques amongst attendees. So, this got me thinking…why not write a tutorial, post it on the blog and then encourage those who give it a go to submit their photographs?…I mean, what better way to judge your teaching than by seeing the results achieved by others?