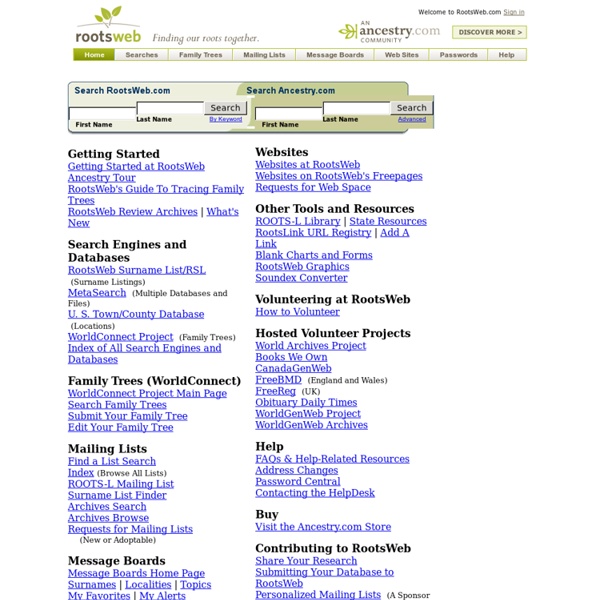 That's my family - Origin and purposes of the federated search engine Marriage Records Index: The Your Folks database is associated to the federated search engine. Discover more than 3 millions marriage records for the Quebec population between 1621 and 2004. The federated search engine offered on this page was launched and is maintained by Bibliothèque et Archives nationales du Québec (BAnQ). Library and Archives Canada (LAC) partners with BAnQ to oversee the evolution of this project which is also supported by the Council of Provincial and Territorial Archivists (CPTA) of Canada. The search tool, free of charge and available in French and in English, leads to genealogy and family history databases hosted by federal, provincial or territorial archives centres and libraries, or by other partners. The quality of the results obtained by using the federated search engine depends on the nature and structure of the information collected in the searched databases.

German language, alphabets and pronunciation German is a Germanic language with about 121 million speakers in Germany, Austria, Switzerland, Lichtenstein, Belgium, Italy, France, Denmark, Poland, Hungary, Romania, Russia, Ukraine, Luxembourg, Czech Republic, Slovakia, Estonia, Latvia, Lithuania, the USA, Canada, Brazil, Argentina, Paraguay, Australia, South Africa and Namibia. The earliest known examples of written German date from the 8th century AD and consist of fragments of an epic poem, the Song of Hildebrand, magical charms and German glosses in Latin manuscripts. A short Latin-German dictionary, the Abrogans, was written during the 760s. German literature started to take off during the 12th and 13th centuries in the form of poems, epics and romances. Well known examples include the epic Nibelungenlied (the Song of the Nibelungs) and Gottfried von Straßburg's Tristan. The language used is now known as mittelhochdeutsche Dichtersprache (Middle High German poetic language).

Examples of German Script This is the old German Scripth alphabet. Each letter has an upper case version first followed by a lower case. The alphabet is the same an american english except for the 'beta' letter after 's' which stands for a double 's' typically. (See: )