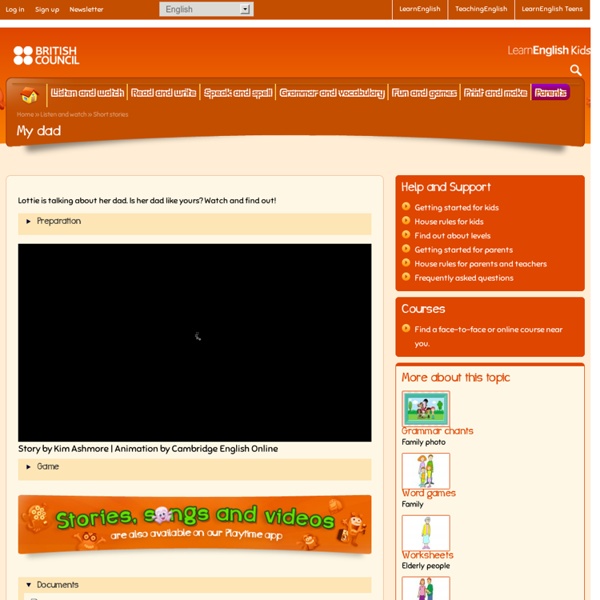 flipped classroom An excellent tool for your flipped classroom is EDpuzzle. With this tool you can crop a video to only use the portion you need for your specific class. Another feature is you can add your own voice by inserting audio notes or recording over the video. The embed quiz feature allows you to add questions at random points in the video to engage students and check their understanding of the material. With EDpuzzle you can locate video from a number of sources including Youtube, Teacher Tube, Khan Academy, TED and LearnZillion. Click here to visit the site. INTRODUCING EDpuzzle Edpuzzle Demo Playlist My First Edpuzzle Video I have uploaded both my edited video and the original for you to see the difference between the two and get an idea of the options available to edit your video with EDpuzzle. Below is the original video from My Smart Hands.

10 Most Common Rookie Mistakes in Public Speaking In this guest post, Terry Gault, Managing Partner and Vice President of The Henderson Group, provides insight into how to become a better presenter by avoiding a few common mistakes. Terry oversees all curriculum and services at The Henderson Group. In addition he is responsible for the selection, training and development of all trainers and facilitators for The Henderson Group, and has been an instructor with the Henderson Group for over 15 years. Having coached clients on presentation skills since 1997, I’ve noticed some clear patterns in the behavior of inexperienced presenters. Take a look at the prezi we've made to illustrate these 10 mistakes, and the easy ways that you can avoid them. Most rookie presenters are afraid to take up too much space. Actually, this problem is not restricted solely to rookie presenters. 80 – 90% of the presenters that I observe do not expend enough energy. Many presenters, rookies included, avoid taking risks. S-l-o-w d-o-w-n!

Open Culture - Free Cultural & Educational Media Online Comprehension Questions-All Books | Rise To Reading This is a complete list of books with comprehension questions. It gets updated regularly as new books are added. You can also view a list by Author. The letter listed after the book title is the guided reading level of the book. *** An excellent story and I highly recommend it for your child. Books for Ages 6-9 yrs A Day of Adventure #2 A Pirate's Tale L The Adventures of the Bailey School Kids Flat Stanley Flat Stanley Q Flat Stanley's Worldwide Adventures #4 The Intrepid Canadian Expedition Q Little Bill #11 Hooray for the Dandelion Warriors L Horrid Henry Calvin Coconut Nancy Drew and the Clue Crew The Tiara Club The Tiara Club at Ruby Mansions Novels Sharing Snowy N Book for Ages 6-10 yrs Boxcar Children Bunnicula Bunnicula- A Rabbit-Tale of Mystery Magic Tree House Magic Tree House Merlin Missions Mrs. Non-Fiction Why Do Leaves Change Color? Time Warp Trio #1 Knights of the Kitchen Table P Books for Ages 8-10 Hank Zipzer I Survived The Attacks of September 11, 2001 R The Fudge Books Books for Ages 8 yrs and Up

European Neanderthals were on the verge of extinction even before the arrival of modern humans New findings from an international team of researchers show that most Neanderthals in Europe died off around 50,000 years ago. The previously held view of a Europe populated by a stable Neanderthal population for hundreds of thousands of years up until modern humans arrived must therefore be revised. This new perspective on the Neanderthals comes from a study of ancient DNA published February 25 in Molecular Biology and Evolution. The results indicate that most Neanderthals in Europe died off as early as 50,000 years ago. The study is the result of an international project led by Swedish and Spanish researchers in Uppsala, Stockholm and Madrid. “The fact that Neanderthals in Europe were nearly extinct, but then recovered, and that all this took place long before they came into contact with modern humans came as a complete surprise to us.

Neanderthals died out earlier than previously thought, new evidence suggests Direct dating of a fossil of a Neanderthal infant suggests that Neanderthals probably died out earlier than previously thought. Researchers have dated a Neanderthal fossil discovered in a significant cave site in Russia in the northern Caucasus, and found it to be 10,000 years older than previous research had suggested. This new evidence throws into doubt the theory that Neanderthals and modern humans interacted for thousands of years. The research, directed by the University of Oxford and University College Cork in collaboration with the Laboratory of Prehistory at St Petersburg, Russia, and funded by Science Foundation Ireland was recently published in PNAS Online Early Edition. This finding challenges previous claims that late Neanderthals survived until 30,000 years ago in the northern Caucasus, meaning that late Neanderthals and modern humans were not likely to experience any significant period of co-existence.

Search Results for “modals” Image credit: www.english-heritage.org.uk Follow me on twitter @RobbioDobbio This is a grammar lesson on the theme of mysterious ancient monuments. I taught this class as my assessed lesson for the grammar assignment of my DELTA. Download the procedure, powerpoint and handouts below. Let me know if the lesson procedure is clear enough as it’s written in Cambridge DELTA speak! Lesson Procedure Past Speculation 3rd draft The Mystery of Stonehenge 3rd draft – Students’ handout The Mystery of Stonehenge Teacher’s copy with key – answers underlined Mysteries of the ancient world 2nd draft – Powerpoint with pictures The Mystery of Stonehenge – Students’ Handout Thousands of years ago, an ancient civilization raised a circle of huge, roughly rectangular stones in a field in what is now Wiltshire, England. How was Stonehenge built? The biggest of Stonehenge’s stones, known as sarsens, are up to 30 feet (9 meters) tall and weigh 25 tons (22.6 metric tons) on average. What was Stonehenge? Lesson Procedure

Bunnies implicated in the demise of Neanderthals - 27 February 2013 BLAME it on the bunnies. The debate over what Neanderthals ate, and how it may have led to their demise, has turned to rabbits. Which, it is now claimed, they did not feast on. Signs that our extinct cousins hunted dolphins and seals were presented in 2008 as evidence of their sophistication. But, experts claimed in 2009, they weren't clever enough to catch fish or birds – which could have given our ancestors an edge. Then came the discovery of fish scales and feathers on Neanderthal tools. Now, John Fa of the Durrell Wildlife Conservation Trust in Trinity, Jersey, says the remains in caves around Europe became dominated by rabbits rather than large game around the time Neanderthals went extinct (Journal of Human Evolution, doi.org/kkn). It's not clear why they would have had more trouble changing prey, says Fa.

Short-Sequence ESL Movie Lesson | Movies Grow English | Watch Movies, Learn English The featured ESL movie lesson represented here (5 pages) is typical of an interactive short-sequence ESL lesson instantly available in .pdf (.doc or .docx on request) for download at Movies Grow English at $1 USD each starting in November 2013. The text and images for this lesson may be accessed in HTML below for easy copying and pasting. The HTML version represents how truly streamlined (re: deceptively simple) the content and layout is. The short sequence, excerpted from the film, has a duration of about five minutes. This short-sequence lesson guides the student through a close technical analysis of the language herein. -HTML Text- A British couple receives a surprise visit from the King and Queen of England. Characters King George VI (Bertie) Queen Elizabeth Lionel Logue Myrtle Logue A | First Watch. B | Main Idea. 1. ____________________________________________ 2. C | Vocabulary in Movie Quotations Waiting for a king to (1) apologize, (2) one can wait rather a long wait. 1. 1. 1. 3. 4.

Neanderthals were ancient mariners - life - 29 February 2012 IT LOOKS like Neanderthals may have beaten modern humans to the seas. Growing evidence suggests our extinct cousins criss-crossed the Mediterranean in boats from 100,000 years ago - though not everyone is convinced they weren't just good swimmers. Neanderthals lived around the Mediterranean from 300,000 years ago. Their distinctive "Mousterian" stone tools are found on the Greek mainland and, intriguingly, have also been found on the Greek islands of Lefkada, Kefalonia and Zakynthos. That could be explained in two ways: either the islands weren't islands at the time, or our distant cousins crossed the water somehow. Now, George Ferentinos of the University of Patras in Greece says we can rule out the former. Ferentinos compiled data that showed sea levels were 120 metres lower 100,000 years ago, because water was locked up in Earth's larger ice caps. Ferentinos thinks Neanderthals had a seafaring culture for tens of thousands of years. New Scientist Not just a website! More from the web

How to create digital homework that students love US History teacher Jennifer Hesseltine combined TED-Ed Lessons with an interactive blackboard to create a digital homework space that students love. Let’s redesign homework. When’s the last time your students got excited to do homework? Or said things like, “Wow…just WOW. It is amazing how much is out there that we just don’t know about”? For her TED-Ed Innovation Project, US History teacher Jennifer Hesseltine created a digital homework space that students love. 1. You can either create a lesson using any engaging video of your choice, or simply customize an existing TED-Ed Original or TED-Ed Select lesson. 2. Give this homework space a fun title and a quick description. 3. If you need help sharing a customized lesson link, read this. “Wow…just WOW. 4. Students love TED-Ed lessons and the opportunity to learn. “TED-Ed videos are more fun than normal homework assignments.” 5. 6. 7. Tips: