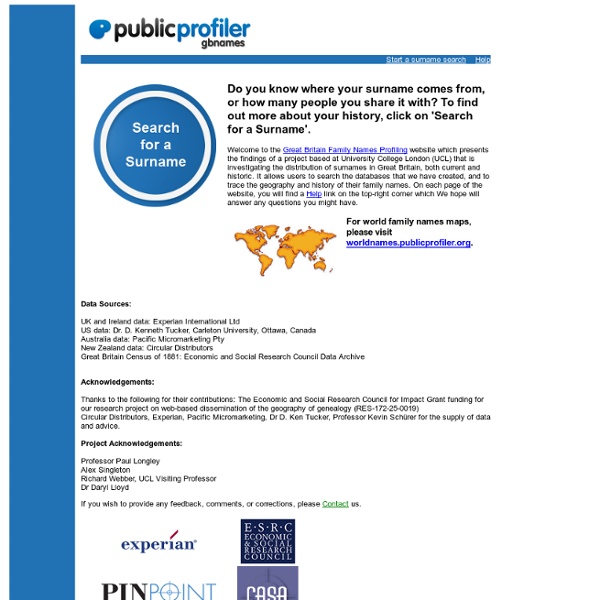 UK Genealogy Archives - Genealogy, heraldry, family tree, parish records, census, and other free ancestral resources Uk Genealogy-links 6 Best Free Genealogy Software Want to acquire the best free genealogy software options so that you can keep track of your family lineage? Well if not your own kin, maybe you’re just curious to know more about the genetic intricacies of a famous personality perhaps. You might also search for such a software so that you can help out a buddy who’s looking to chalk out his or her roots. Well whatever be the reason, we’re here to help you zero in on that particular tool that will aid you in jotting down the details of your study. 1 – MyHeritage Family Tree Builder: We’ve picked out only the free genealogy software and laid them out in no particular order. 2 – Gramps: This entrant in our free genealogy software roster is a clever acronym for Genealogical Research and Analysis Management Programming System. With this one sitting in your PC, you can make a list of individuals by noting down birth/death dates, a summary of a particular person’s family, and specific locations. 3 – RootsMagic Essentials: 4 – XY Family Tree:

A Visit to the Family History Library | One Rhode Island Family This was my first visit to the large Family History Library in Salt Lake City, Utah, that contains microfilmed records from around the world as well as many genealogy books and other resources. The Family History Library, Salt Lake City Preparing I had prepared beforehand, in Evernote, a list of microfilms and books to explore. I had three days in the library. Research in the library I like the kind of microfilm reader that lets you download each page to your own flash drive. ScanPro 1000 These are the specific problems I decided to explore, and how it went. Parents of Daniel Lamphere (died 1808), father of Russell There are some obscure Lamphere records I haven’t seen before: Lanphere/Lanphear family, ca. 1770-1920 Film 3005 Item 13The Lanphere and related families genealogy by Edward Everett Lanphere, Book 929.273 L288LThe Bates family in America by Edward E. What I learned: I like to review lesser-known work on the Lampheres. Pedigree Charts The Lamphere Chart The parents of Lucy Arnold