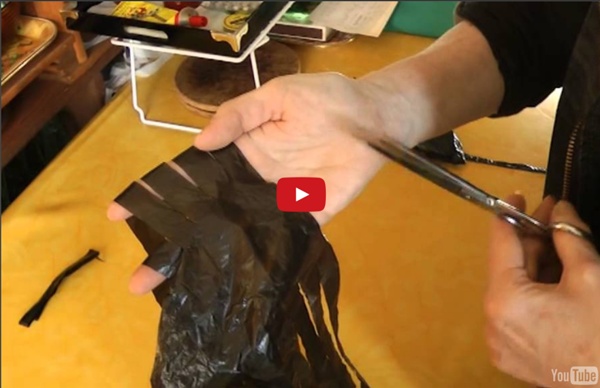 Performance Sand Art - Kseniya Simonova Born in a small town on the Crimean peninsula in Ukraine, Kseniya Simonova has skyrocketed to international stardom following her 2009 win of Ukraine’s Got Talent. Her combination of story telling, sand art, and music has been showcased in over 200 performances over the past 4 years, including locales such as Ukraine, Russia, Norway, Japan, Poland, Austria, China, The United Kingdom, India, Italy, Germany, Kazakhstan, Malta, and others. She performs regularly for presidents, heads of state, and royalty. Instructables - Plastic Bottle Mosquito Trap Hello dear friends! As some of my followers already know, I live in Bologna (Italy), in the heart of Po river Valley. This area is known as the wettest one of Italy. This is due to terrain, level (a lot of areas are UNDER sea level) and weather. These factors result in very hot temperatures in summer, very cold ones in winter, an incredibly thick fog but, mostly, giant and aggressive mosquitoes.

Homemade Coconut Butter Lately I have been OBSESSED (that needed all caps for sure) with coconut butter. I eat it by the spoonful, put it in smoothies, bake with it, drizzle it on fruit, use it as a sandwich spread, saute veggies with it and more. Coconut butter is made up of the kind of fat that is good for you and your heart (just like avocado). Coconut butter is not coconut oil and surprisingly tastes much different. The taste reminds me of a candied coconut and let me just say it is freaking amazing.

Paper Art - Elsa Mora Artwork and Photography © Elsa Mora ↓ Links to other galleries: *Artist’s Books *Mixed Media *Painting *Editorial *Drawing *Jewelry *Photography Treehugger - From trash to treasure: Could non-recycled plastic be turned into a low-carbon fuel? As part of our efforts to diversify our energy sources, it's great to see the surge in interest and development of renewable energies such as solar and wind power, and innovations in tidal and wave power, but to really be able to reduce our use of fossil fuels, we might need to also explore some of our other options, such as using materials extracted from our waste streams as fuel. One emerging technology is working toward converting some of the non-marketable post-consumer plastics into a solid low-carbon fuel. While recycling of some plastics back into other materials makes sense for closing the loop on plastics a bit, until we can divert all recyclables from the waste stream, using some of it as an alternative fuel may be yet another way we can diversify our energy sources. "Although recycling rates have increased over the last few decades, more than 50% of our waste still ends up in landfills.

How To Make Your Own Medicinal Vinegars Please Share This Page: Google + stumbleupon tumblr reddit Pierres en équilibre - Michael Grab Michael Grab is an artist that has been ‘rock balancing‘ since 2008. Much of his recent work has been done around the Boulder, Colorado area. Grab finds the process both spiritual and therapeutic. On his site gravityglue.com, Grab explains: “The most fundamental element of balancing in a physical sense is finding some kind of ‘tripod’ for the rock to stand on. Every rock is covered in a variety of tiny to large indentations that can act as a tripod for the rock to stand upright, or in most orientations you can think of with other rocks.

The Plastic Bank - Harvesting Waste Plastic to Reduce Poverty Thank you for helping us reach our goal. Our first campaign is over but another one will be coming soon. Please go to to join the Social Plastic movement. We are Leading the Social Plastic Movement! When we reveal value in plastic, it becomes too valuable to throw away and too valuable to leave sitting on a beach or in the ocean. Social Plastic is any plastic harvested by the poor and/or removed from an ocean, beach, or waterways.