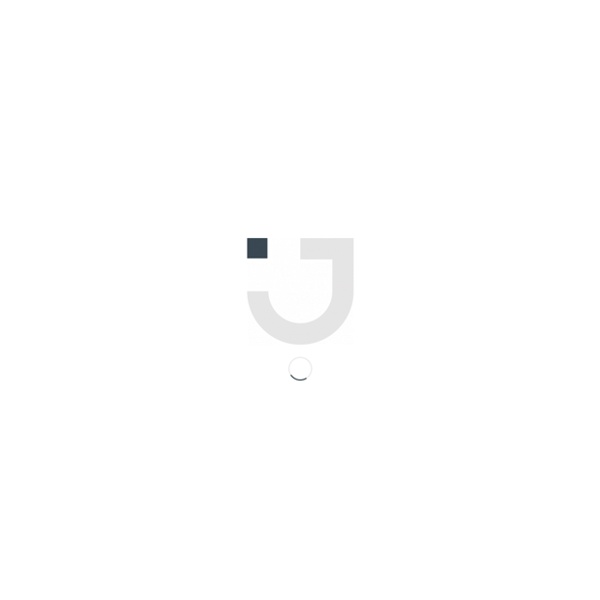 The Sexperience 1000 Welcome to The Sexperience 1000, an interactive journey through the sexual experiences and preferences of one thousand British individuals. What’s the favourite sexual position of iPhone users in the North? Do country music lovers over 55 prefer to do it in the dark? Explore the 20 questions of our survey and discover what the great British public get up to between the sheets… Filter The Evolution Of Icon Design From 1981-2013 December 4, 2013 • By Joe Howard • In Design With the GUI having now been around for over 40 years, today we are taking a look back in time at the evolution of an integral feature – the icon. Since the early 70’s, when bitmapped screens were first developed with GUI’s, the humble icon has come a long way.

raven kwok Created in Dec.2013 ECO was originally shown on December 8th, 2013 at West Hall 211, Rensselaer Polytechnic Institute. These footage were shot on May 22th, 2014 after I restored the original layout and setup of the installation, since I didn’t have a chance to do any documentary last year. ECO is a series of real-time animations demonstrating multiple bio-inspired interactions between Algorithmic Creatures, as a continuation of integrating simulated behaviors into the project, also as a prior stage for my final master thesis project Algorithmic Menagerie. It was originally a simple but diverse algorithmic creatures community including two species: EDF0 and CB91. The Internet map The map of the Internet Like any other map, The Internet map is a scheme displaying objects’ relative position; but unlike real maps (e.g. the map of the Earth) or virtual maps (e.g. the map of Mordor), the objects shown on it are not aligned on a surface. Mathematically speaking, The Internet map is a bi-dimensional presentation of links between websites on the Internet. Every site is a circle on the map, and its size is determined by website traffic, the larger the amount of traffic, the bigger the circle.

Inspirations pastel world credits and source: Photo Inspiration Who doesn’t love baby photography, One of the most challenging and time consuming type of photography. It is easily one of the hardest kinds just because of the sheer amount of unexpected drama with the kids. It is also one of the most popular kind of photography too. You see baby photography all around. This gives you an idea... Clever and Creative Bench Advertisements Creative uses of benches in advertising campaigns by various companies. Becherovka “Get Closer” Bench Becherovka is a traditional Czech liquor enjoyed my men and women. Long-term commucation stategy of Becherovka is captured is a slogan: Get closes. That’s why our Becherovka bench is specially designed to help people do just that.

Robert Henke 'Lumière' - Cutting the room with vectors and lasers (@robert_henke) As Robert Henke sets of on his tour with the new project Lumière, kicking off in NYC on the 10th May, followed by shows in Helsingor, Montreal (MUTEK/Elektra), London, Riga, Nantes and others, we offer a little preview of what is to come. If you don’t know Robert Henke, he is probably best known for his somewhat free floating role within Ableton and doing splits between creating his own art and software – Ableton Live. Robert also writes and lectures about sound and the creative use of computers, and held teaching positions at the Berlin University of the Arts, the Center for Computer Research in Music and Acoustics (CCRMA) at Stanford University, and the Studio National des Arts Contemporains – Le Fresnoy in Lille, France. Lumière – Based on self written software, this work on the edge of concert and site specific installation finds previously unseen beauty and minimalistic elegance in a commonly underrated medium. Project Page | Robert Henke | Ableton Live | Tour Dates

Best practices for navigation on the mobile web The way people access information online is evolving. Google reports that by next year (2013) more than half of website visits will come from mobile devices rather than desktops or laptops. Not only is the medium of accessing the web changing, the needs of most mobile users going online with their smartphone or handheld device is changing as well; becoming more focused and task oriented. Today’s smartphone owners use their phones to perform specific tasks such as checking locations of destinations, public transit schedules, and bank balances. While internet browsing on handheld devices does occur (especially when standing in really long lines or waiting for a bus) many people prefer to surf the web from the comfort of their home or office. Screen space is limited on handheld devices, and mobile users are busy, often multi-tasking as they search for information online with one thumb or finger.

Le voyage créatif Let me take you with me on one of my afternoon strolls through the city. It takes time to get to know a new place, and I’m an eager explorer. So I use as much time as I can running between work and some classes to sniff out places I can call my own.