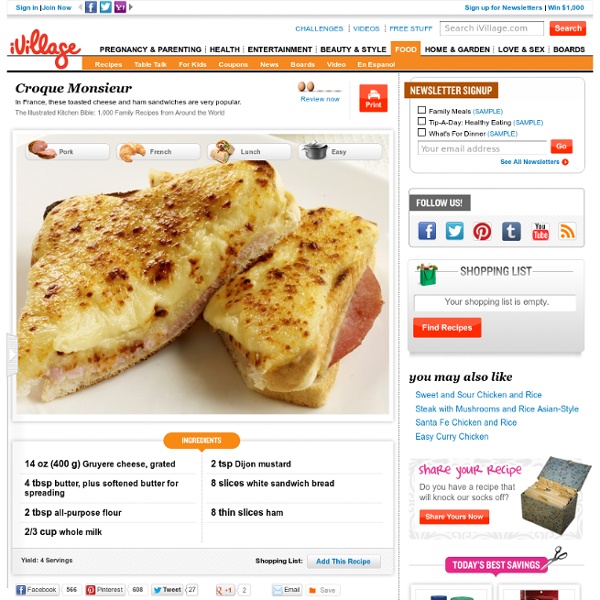 Rainbow Cake in a Jar I’ve always had a penchant for sunshine in a jar. Doesn’t the very phrase itself, “sunshine in a jar,” roll off your tongue and fill your mouth with magic? While I’ve never yet found myself a sunshine in a jar, I think we may have just concocted it in our kitchen tonight. In this simple recipe, a basic white cake is turned into a slew of bright colors, baked to perfection, then topped with a creamy white frosting. Cakes baked in jars can be topped with traditional metal canning lids and stored in the fridge for up to five days. Scalloped Hasselback Potatoes “Scalloped” is an attractive word, isn’t it? When I hear it I think of several things: first, there’s scallops, as in the seafood—totally delicious. Then there’s the scalloped shape that can live on the edge of a pair of shorts or on the collar of a woman’s blouse—always pretty and dainty.

The Mija Chronicles I’m a writer and cook originally from Southern California, currently residing in one of the most diverse areas on the planet: Queens, New York City. I started this blog in 2009 as a way to document my move to Mexico City. The blog ended up documenting my growing passion for interior Mexican cuisine and Mexican foodways. Even though I live in New York, I visit Mexico often, usually to check in on my business Eat Mexico, which offers street food and market tours in Mexico City and Puebla. Cinnamon Roll Pancakes Updated 9/22/11 to Add: If you’re coming here to sample these delicious Cinnamon Roll Pancakes, you just might like the latest recipe that I’ve posted for Pumpkin Cinnamon Roll Pancakes too. And Gingerbread- Cinnamon Roll Pancakes too. Enjoy!

broccoli parmesan fritters Last week, it was pointed out to me that among the 750 recipes in the archives, there is but a single recipe that utilizes broccoli. Just one! (It’s a great one, though.) For comparison, there are 11 recipes that use cauliflower and 26 with mushrooms. What terrible oversight could have led to this? I buy broccoli (and its friends) approximately once a week, year-round but this wasn’t always the case. How to Make French Vanilla Cooked Ice Cream Video Hey everyone! Welcome back to Le Gourmet TV. Today we are going to continue our look at ice cream. Now, we have already done a couple of no cook ice cream recipes here on the site, and those are the sorts of recipes that you can start making it and 45 minutes later you can have ice cream in your bowl, that is better than probably 95% of what you can get at the grocery store. Today we are going to do a cooked ice cream, which kind of gets you that next 5%.

Inside Sandwich Recipe First things first, the CellarVie Wines team cannot lay claim to being responsible for the making of the ‘Ultimate Sandwich’. This remarkable feat of culinary engineering, complete with the beautiful pictures displayed below, arrived in our inbox courtesy of an anonymous email chain on Tuesday afternoon. Jamie Oliver would undoubtedly and perhaps quite correctly, not endorse this as a healthy meal, and it certainly isn't for the faint-hearted but we thought it was a bit of fun nonetheless. So feast your eyes on the ‘Ultimate sandwich’… Ingredients (a guideline)

St-Émilion: A Wine Lover’s Paradise « Tracy Chang Beautiful horizons, charming locals and wines of a lifetime. Welcome to St-Émilion. Like I said before, if you’re going to Bordeaux, you must make a trip to St-Émilion. Hop on the train (it’s a one hour ride), hop on a tour bus leaving from the Bordeaux Tourism office or make like me and rent a car for a picturesque drive to nearby St-Émilion. Put on your sunglasses, roll down your window and breathe in the aromas of wine country.

Cinnamon Sugar Pull-Apart Bread I’m sorry. I know it’s Monday morning and you probably came here for some pretty pictures of food that you could glance at, and then move on with your day… and here I go thrusting warm, soft cinnamon sugar bread in your face. It’s not fair. I know it’s not fair. Homemade Baked Mozzarella Sticks Mozzarella sticks are a delicious treat, probably one of the most popular appetizers at restaurants, and a fun party food. They tend to be rather fattening, especially considering they are usually fried, but they are so irresistibly tasty. So how do you give in to the temptation that is mozzarella sticks without the guilt?

These are a few of my favorite foods Oysters taste weird, smell like the ocean and feel even worse. Every year we plant candy corn and grow a candy tree this year there are grapes in the soil so Every thing is grape flavor and there are also purple m&m’s. do you want to try? Katz’s Delicatessen The New York Times chocolate chip cookies: smarter cookies? The New York Times is at it again. Yesterday, their Dining and Wine section included a lengthy treatise on one of my favorite subjects: Chocolate chip cookies. Beginning with a short history of this American icon’s birth at the Toll House restaurant in Whitman, Massachusetts (where, serendipitously for a baker, I had my engagement dinner 32 years ago), author David Leite takes us on a tour of New York City’s best chocolate chip cookie sources. Leite writes, “…a journey began that included stops at some of New York City’s best bakeries as well as conversations with some doyens of baking. The result was a recipe for a consummate cookie, if you will: one built upon decades of acquired knowledge, experience and secrets; one that, quite frankly, would have Mrs. Wakefield worshipping at its altar.”