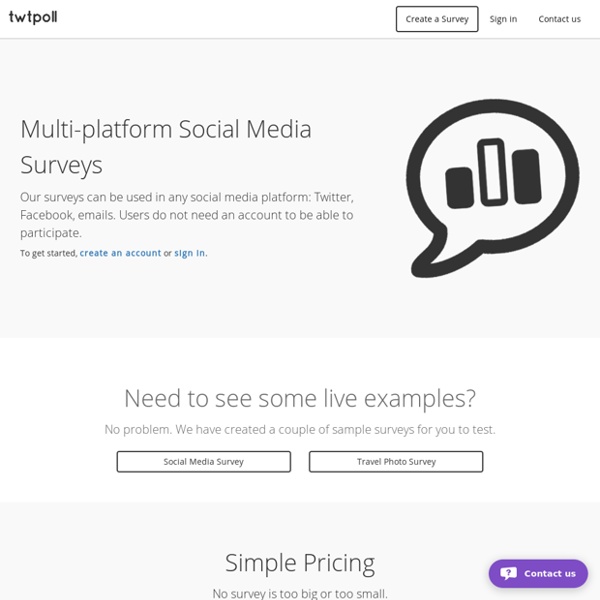 Custom Design Random qr code with transparent background QR code generator Custom QR code link to Twitter Comments here (tumblr post) : "QR code to Twitter" Color : | | Background : | 22 Effective Ways To Use Twitter In The Classroom Using Twitter in the classroom is a no-brainer. It’s a powerful and free tool that already has wide adoption among educators, students, administrators, and parents. So how do you effectively use Twitter to resonate with students? Why not start by using the following methods that are organized by Bloom’s Taxonomy? The below visual showcases a variety of cases that should be of use for any teacher looking to effectively integrate Twitter into courses, lessons, projects, etc. 99 Essential Twitter Tools And Applications 99 Essential Twitter Tools And Applications Advertisement If you haven’t heard of Twitter1 by now, you must be living under a rock! It is everywhere, and everyone is using it. To say that the rise of Twitter has been explosive would be an understatement. As a result of this growth, the number of Twitter apps and tools available has become extensive.

The Only Twitter Applications List You'll Ever Need Twitter is a status-updating or microblogging social networking website. It is a breakthrough in social networking because it takes communication into another level. Before, a person can only update his status (eg. what he’s doing, where he is) at a certain time. But with Twitter and it’s mobile integration, he can update his status almost all throughout the day and get in touch with people that matters to him the most. But the functions of Twitter do not stop there.

The Most Complete Twitter Application List Available - 2011 Edition I believe this is the best, most complete and accurate list of valuable Twitter applications available on the internet right now. To be fair, I absolutely have merged and plagiarized other older and outdated lists that I found (the larger ones are credited below). However, I spent a good deal of time to clean out the dead applications, delete the apps that were overly quirky or being developed, focus more on the apps that increase productivity, and add in many of the new great apps that have come out over the past six months - particularly in the productivity / business apps section where my primary interest lies.

60 Ways To Use Twitter In The Classroom By Category Social media offers some great opportunities for learning in the classroom, bringing together the ability to collaborate, access worldwide resources, and find new and interesting ways to communicate in one easily accessible place. Teachers around the world have found innovative ways to use Twitter as a teaching tool (including TeachThought’s favorite), and we’ve shared many of these great ideas here with you. Read on, and we’ll explore 60 inspiring ways that teachers and students can put Twitter to work in the classroom. Communication Twitter makes staying in touch and sharing announcements super simple and even fun. These ideas offer a great way to put the tool to good use. How To Make Twitter Backgrounds for the New Twitter.com Post Written by Jonathan Mumm , Banyan Branch’s Network & Technology Administrator. Updated 11/26/12: Twitter Backgrounds now have a setting for horizontal alignment! Updated 10/5/2012:The size for the “Profile Banner” behind your avatar is 1200 x 600 pixels.

Exploring the Twitterverse Brian Solis inShare216 Happy New Year! Twitter officially launched to the public in July 2006. By 2008, the universe of applications developed to enhance the Twitter experience was boundless. Create an Authentic Global Audience with Kidblog App: Kidblog Cost: Free Why Download? Kidblog is a secure blogging platform specifically designed for students and teachers. With this site, students can create, customize, and maintain their very own blog.

So glad you are going to use it. I love it when teachers brainstorm and find way to use apps or web tools with their students :) by hugghinss Feb 7