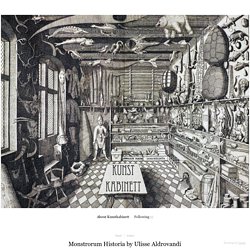 Here Is The Scariest Urban Legend From Every State. Rumor says that a young couple once lost their lives driving off the bridge. 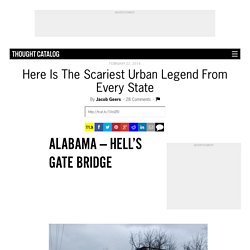 The bridge’s pleasant name comes from local legend, that states — on certain nights — if you stop your car and turn around, you will gaze right into a fiery hell. The bridge has been closed to traffic for the last few years, but still attracts a great number of curious pedestrians. Ancient legend states that the Alaskan Bushman (aka Big Foot) is descended from a species of creatures known as the “Tornits.” Apparently, a long long time ago, the Inuit native people and the Tornits once harmoniously shared the upper reaches of Alaska. This peaceful arrangement ended when an Inuit killed a Tornit for destroying his kayak; resulting in most Tornits migrating elsewhere. Cult Generator. The 10 Most Terrifying Native American Legends - Native Warriors. In nearly all cultures, myths and legends can serve as cautionary tales, keeping one foot in practical reality and the other in the realm of the supernatural… and it’s no surprise that the most effective cautionary tales are also the scariest. 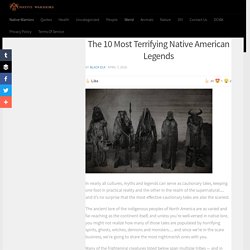 The ancient lore of the indigenous peoples of North America are as varied and far-reaching as the continent itself, and unless you’re well-versed in native lore, you might not realize how many of those tales are populated by horrifying spirits, ghosts, witches, demons and monsters… and since we’re in the scare business, we’re going to share the most nightmarish ones with you. Many of the frightening creatures listed below span multiple tribes — and in some cases, hundreds of generations. So if you investigate their origins further, you’ll see they have many different names and traits, depending on where their tales are told.

Camazotz: The Death Bat In other words, there are evil forces lurking everywhere… so you’d better do your homework! Lovecraft's Creatures Would Have Made Excellent Opponents For Europe's Crusaders  Clementine Barnabet: The Dark Mystery of Louisiana’s Voodoo Axe Murders. Laid on the dock, I got a pain in the head When I woke up, to tell the truth, I found myself deadJim Towel, ‘I’ve Been Hoodooed’ A February chill pressed upon the windowpane as the family were murdered, their brains crudely bashed out by the flat heft of an axe while they slept. 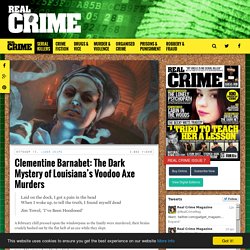 The atrocity didn’t stop with the deaths of Alexandre Andrus, his wife Mimi, his three-year-old son Joachim and his 11-month-old daughter Agnes. Sometime after 7am, Mimi’s brother Lezime Felix stumbled across the gruesome tableaux and what he saw must have turned his stomach and broken his heart. It was a scene so macabre that Sheriff Louis LaCoste and Deputy Coroner Clark, accompanied by a score of deputies, crossed the railway tracks from the white-washed colonial facades of downtown Lafayette immediately.

Clipart Critters 284: How to Get Ahead in Ritual Magic - Postmortem Studios. Cryptids In America Map. Grosse Pointe cadaver dealer indicted in body parts case. Two years after federal agents raided his Detroit warehouse and discovered 1,000-plus body parts on ice, Grosse Pointe Park businessman Arthur Rathburn has been indicted on charges he ran an illegal cadaver business that involved dismembering human bodies without consent, lying to families about how the parts would be used, and secretly selling them for profit to medical researchers. 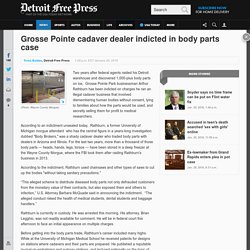 According to an indictment unsealed today, Rathburn, a former University of Michigan morgue attendant who has the central figure in a years-long investigation dubbed "Body Brokers," was a shady cadaver dealer who traded body parts with dealers in Arizona and Illinois. For the last two years, more than a thousand of those body parts — heads, hands, legs, torsos — have been stored in a deep freezer at the Wayne County Morgue, where the FBI took them after raiding Rathburn's business in 2013. Rathburn is currently in custody. He was arrested this morning.

And he made lots of money, authorities claim. Monsters - The Cabin in the Woods Wiki - Wikia. "An endless array of elevators. 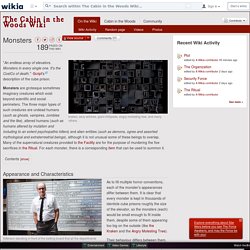 Monsters in every single one. It's the CostCo of death. " -Script's description of the cube prison. Monsters are grotesque sometimes imaginary creatures which exist beyond scientific and social perimeters. The three major types of such creatures are undead humans (such as ghosts, vampires, zombies and the like), altered humans (such as humans altered by mutation and including to an extent psychopathic killers) and alien entities (such as demons, ogres and assorted mythological and extraterrestrial beings), although it is not unusual some of these beings to overlap. Appearance and Characteristics As to fill multiple horror conventions, each of the monster's appearances differ between them. Their behaviour differs between them, some of them acting like savage animals while the others remain calm and collected, as shown when some of them tried find a way out of their cubes while others calmly waited to be let out.