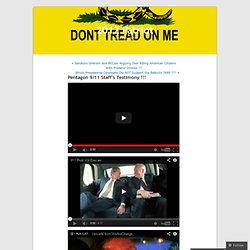 Skullduggery of the Imperial Empire Military Industrial Complex Wars Profiteers !!! Pentagon too big to audit ? Military Industrial Complex – DOD - On 9-10-2001 Donald Rumsfeld told us that he could not trace 2.3 trillion dollars in Pentagon spending. U.S. Two days ago, The Los Angeles Times reported on $6.6 billion in cash that allegedly went missing during the U.S. Pentagon officials determined that one giant C-130 Hercules cargo plane could carry $2.4 billion in shrink-wrapped bricks of $100 bills. U.S. officials believe to be the biggest international cash airlift of all time.

This month, the Pentagon and the Iraqi government are finally closing the books on the program that handled all those Benjamins. Rosalind Peterson Presents at 2007 UN Session on Global Warming. Eugenics now! (E17) — RT The Truthseeker. The Truth Behind the News. Agenda 21 In One Easy Lesson. By Tom DeWeese April 6, 2011 NewsWithViews.com Awareness of Agenda 21 and Sustainable Development is racing across the nation as citizens in community after community are learning what their city planners are actually up to. 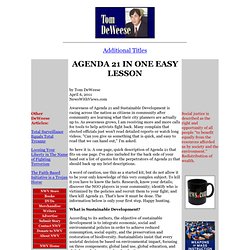 As awareness grows, I am receiving more and more calls for tools to help activists fight back. Many complain that elected officials just won't read detailed reports or watch long videos. "Can you give us something that is quick, and easy to read that we can hand out," I'm asked. So here it is. A word of caution, use this as a started kit, but do not allow it to be your only knowledge of this very complex subject. What is Sustainable Development? According to its authors, the objective of sustainable development is to integrate economic, social and environmental policies in order to achieve reduced consumption, social equity, and the preservation and restoration of biodiversity. 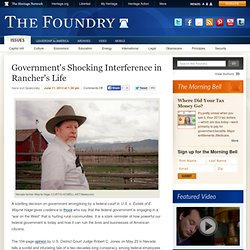 Estate of E. Wayne Hage gives credence to those who say that the federal government is engaging in a “war on the West” that is hurting rural communities. It is a stark reminder of how powerful our federal government is today and how it can ruin the lives and businesses of American citizens. The 104-page opinion by U.S. The case has long, complicated procedural history, but in essence, the federal government in 1991 refused to renew a grazing permit that the Hage ranch had held on federal lands for a very long time. Judge Jones did not mince words: “[T]he Government’s actions over the past two decades shocks the conscience of the Court.” Hillary! Because What Difference Does it Make? She was chosen for this honor not because of grades or character or service to that community but because her influential roommate threatened a strike if she were not allowed to speak. 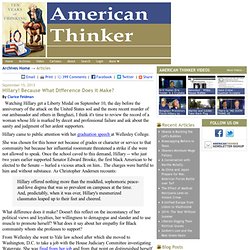 Once the school caved to this demand, Hillary -- who just two years earlier supported Senator Edward Brooke, the first black American to be elected to the Senate -- hurled a vicious attack on him.. The charges were hurtful to him and without substance. As Christopher Andersen recounts: The Confidential Memo at the Heart of the Global Financial Crisis.

When a little birdie dropped the End Game memo through my window, its content was so explosive, so sick and plain evil, I just couldn't believe it. 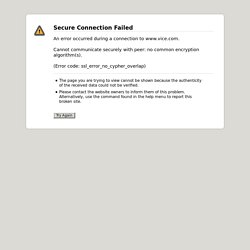 The Memo confirmed every conspiracy freak’s fantasy: that in the late 1990s, the top US Treasury officials secretly conspired with a small cabal of banker big-shots to rip apart financial regulation across the planet. When you see 26.3 percent unemployment in Spain, desperation and hunger in Greece, riots in Indonesia and Detroit in bankruptcy, go back to this End Game memo, the genesis of the blood and tears. The Treasury official playing the bankers’ secret End Game was Larry Summers. Today, Summers is Barack Obama’s leading choice for Chairman of the US Federal Reserve, the world’s central bank. Bilderberg conspiracies have become a handicap for the Liberty Movement.

In 2009, the so-called Birther movement became an embarrassing distraction for the conservative movement. 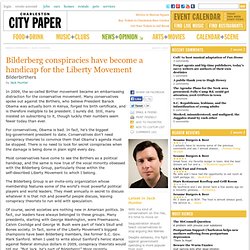 Many conservatives spoke out against the Birthers, who believe President Barack Obama was actually born in Kenya, forged his birth certificate, and is therefore ineligible to be president. I surely did. Still, many insisted on subscribing to it, though luckily their numbers seem fewer today than ever. For conservatives, Obama is bad. In fact, he's the biggest big-government president to date.

** 15 Deadliest Corporations ** These corporations, if they were individual human beings, would be locked up for life. 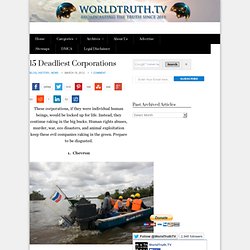 Instead, they continue raking in the big bucks. Human rights abuses, murder, war, eco disasters, and animal exploitation keep these evil companies raking in the green.